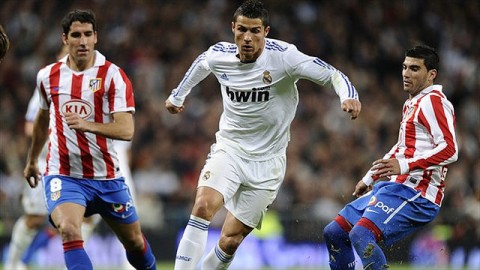 This weekend promises to be an exciting one in soccer to say the least. In almost every European league there is a major derby taking place.

Germany, England and Italy all have their biggest clubs squaring off in what promise to be star-studded affairs.

However arguably the most evenly matched and intense derby happening this weekend will be taking place in the Spanish capital, as Madrid’s two biggest clubs, Real Madrid and Atlético Madrid, play in another edition of their cross-town rivalry.

In the past it used to be more of a friendly get together,  as Real Madrid dominated the match up for a decade plus. Then Diego Simeone took the reigns at Atlético and enjoyed a run of success by any standard against the world’s biggest club.

Coming out of the international break, Real Madrid find themselves atop of the league table, two points ahead of second-place Barcelona. Atlético find themselves in fourth place, looking directly up at an impressive Villarreal side in third.

Atlético players have already said that they cannot afford to drop three points in the match, which will be played on the rojiblanco side of town at the Vicente Calderon.

Though no one knows what to expect from either team, as they have both exhibited Dr. Jekyll and Mr. Hyde type behavior. Real has trouned their lesser domestic competition when as of late, but had to endure a run for four consecutive matches ending in a tie just last month.

Atlético started slow out of the gate, and has been playing well as of late, and survived with one point in their match against Barcelona at the Camp Nou.

Real has not faced too much high-caliber competition yet this season apart from Borrusia Dortmund, who they have never played particularly well, especially when they travel to Dortmund.

This poses a great challenge for Zinedine Zidane, as many have questioned his coaching prowess even with a Champions League trophy on his resume barely six months into his tenure last season. Coming off the international break, he has to make sure his players are fit even after international duty, and can gel together as they had been before the two-week layoff.

Its hard to pick against Real in this one. They have Luka Modric back, and have Alvaro Morata on the bench as a super sub if things get stale and they need a late goal. Atleti seems to be still figuring out how to smoothly incorporate their new summer signings, although the player I will be watching is Yannick Carrasco. Carrasco had been on a tear before the break, it will be fun to see what he can do in a high stakes match against the cream of the crop.