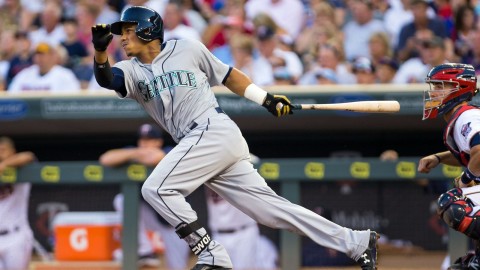 VE GET TO ZE BOTTOM LINE?  VOT NEXT?

Dr. Detecto does not believe that "contact hitting" is good or bad.

But!  He does believe in such a thing as "tough hitting."  It's partly armed by a lack of greed.  Nelson Cruz showed the same lack of greed that Ketel Marte did, but the attitude manifested in a different way.  "Greed" isn't as simple as "home run hitter" vs "singles hitter."  There are plenty of big guys who let the game come to them.

And by the way, let's give a nod to Lloyd McClendon (RIP) who -- as a tough hitter himself -- processed baseball in terms of "excellent pitching vs excellent hitting."  He flushed Erasmo Ramirez because he couldn't see that game working when it really, really counted.  He might have been wrong, but let's understand where he was coming from.

Not all managers want a Peyton Manning type who smirks and puts up 400-yard statlines against decent comp, but disappear when the bad boys come in.  I think that Lloyd just wasn't interested in a pitcher who would go 11-10, 3.95 against the masses, but who would embarrass him in the Angels showdown.  Let's cut him a little slack on that. We don't have to sign off on the Erasmo jettison to do so.  Guys like Lloyd McClendon and Lou Piniella always have a little cartoon thought cloud in their head, with the playoffs drawn in.  That's fine by SSI.

Here's Dr. D's personal opinion as to a few Mariners who can or can't, at this moment in time, drive in a "Hard RBI":

Once again on Ketel Marte:  he's NOT a Best Bet here.  He's apparently not one for Jerry DiPoto, either, who was ominously lukewarm on Marte.  But from an aiki standpoint?  He's the anti-greed player.  He keeps one point, he relaxes, he extends ki, he turns when pushed and enters when pulled.    He's my kinda prospect.

But Dr. D has no patent here; Marte was a lot of people's kind of prospect.  If he actually does become Jose Reyes, it will be just one more case of the pro's being ahead of us Joes.

The real question is, Who can drive in a tough run against Dallas Keuchel?  That's the guy you want to $$$pay.  It changes the makeup of your ballclub when you can go to war and challenge the Cy Young winner.

The Royals have a bunch of hitters who assume that they are going to see good pitches.  And I'll tell ya something:  that's my kind of player.