Skip to main content
Sabermetrics
The Boomstick Era
Finishing up? Or Finished? 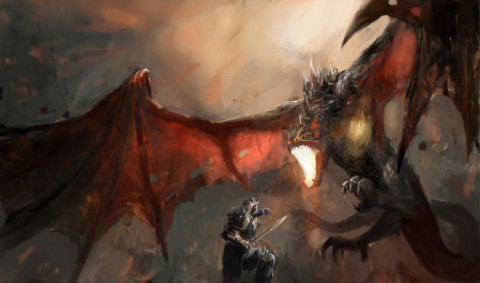 If you've seen period pieces from the Elizabethan era, you've probably seen actresses with skin of porcelain white.  The way they do this nowadays, for onscreen marble finishing, I couldn't tell ya.  But back then, they tell you that the most common way to achieve the look with 'Venetian Cruse' - a concoction of vinegar and lead that left their faces looking like gleaming toilet procelain bowls.

How Mickey Mantle used to hit the ball 620 feet onto passing turnip trucks, we haven't a clue, but how Nelson Cruz obtained the #3 exit velo in MLB is simple enough:  he swings the bat so hard they feel the breeze in the left-center bullpen.

Greg Johns raises a painful question in his latest inbox:

The Mariners would love to bring their big designated hitter back on a new deal now that his four-year, $56 million contract is expiring, but that issue won't likely be settled until the season ends. It always needs to be remembered that players have a choice in these situations -- it's not simply a matter of their team wanting to keep them.

Though Cruz hasn't talked publicly about his future plans, it's fair to assume he'll want to see what options are available. Cruz likes Seattle, but that doesn't mean he won't want to see if other teams are interested. At 38, he has to know this next contract likely will be his last and he'll want both the most years and money, but also the best chance to win a World Series title.

So Johns casts the debate not in terms of whether the M's want to give a 39-year-old DH two or three years at $16-18M (?? Your guess is as good as mine as to the numbers -- but whether Cruz would want to shop that around and try to find a better shot at a ring someplace.

Classic bring-a-knife-to-a-gunfight problem.  If we thought our offense sputtered in 2018 -- and they were 26th in OPS+ the second half -- imagine it without Cruz.

Mo' Dawg has reminded us a few times that Cruz is an outlier in the absolute sense, like David Ortiz was, and I'm not  sure there are any signs of his slowing at all.  As Bill James said in a similar situation (Nolan Ryan's) "common sense tells us to let him find his own limits."

It's not like the M's core situation is as bleak as it has been at times in the past.  There's Mitch Haniger hitting #3 ;- ) if not #1.  There's Jean Segura.  There's Zeus, a 50-save Great White Whale, and a 47-save Great White Whale behind him.  There's Robby OBP'ing in the top 20 for probably several more years.  You know how the Mainframe feels about Marco Gonzales as a #3-4 starter if not actually even a #2, especially if that changeup contues to find a bit more of a parachute.

There is actually a fairly robust payroll to back it all up.  There are assets; the real question is really whether Jerry Dipoto can Civic his "floor" around his Stars the way Billy Beane can.

My question here is a simple one.  I honestly have no feel for where the Denizens fall on the Boomstick question.  And the straw poll sez?