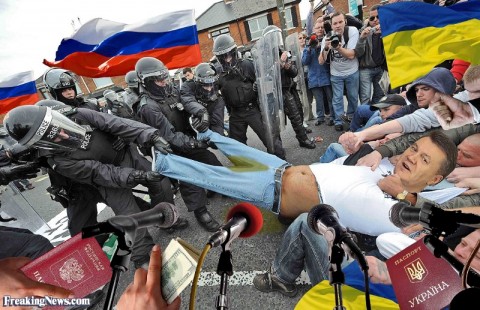 Biology Rick is kind enough to play straight man to our little joke:

Q:  Here are my questions:

So...Ketel Marte. You have a kid performing admirably at the ML level at age 21, but with an eye we haven't detected in his repertoire until a month and a half or so ago. Someone published a study at Fangraphs or LL a couple seasons back about how Bb/K stats amazingly stabilize after 70 PAs or so. In other words, you are what you do in 70 (or so) consecutive at bats so far as walks to K's are concerned.

And walks to K's are the MLE gold standard that determines in large, very large part, whether you are going to hit in the majors (it helps to add some power.in the mix). If I am remembering correctly, then Ketel's improved eye looks real.

Incidentally, I remember reading this and applying it to Alex Liddi, who was showing (like Romero for a bit this year) a stretch of patience in Tacoma at the plate. He reverted to form well within the 70 mark (Romero did as well, just as soon as I suggested to Matt we may have a new hitter in Romero). I need to find that study. Anybody out there remember it? if we can find it, it will go far in managing that question.

A.  This study has been done lots.  Notably by Tango and MGL.

And done with respect to every stat under the sun.  Here is a Fangraphs menu that purports to give these "stabilization lines" for about 25 stats.  And here's a Baseball Prospectus article, which seems to be the seed research that was poached by Fangraphs.

Dr. D is well aware of these studies and the math behind them.  And you've got Bill James his ownself, who would rather err on the side of believing these stats too much, rather than too little.

But GM Detecto adds a Z-axis to the X- and Y- on this issue:   Batters are moving targets!  That's why you'll see the Liddis and Romeros show living contradiction of the "Truths" and then you can chuck these 60-AB leveling-off points out the window.  That's one reason why you see GM Detecto stomp his feet, and hold his breath until he turns blue, about sabertista's use to the infernal term "sample size."

You solve this by showing respect for both ideas.  You respect the PLATFORM ASSUMPTION that Shawn O'Malley is who he is.  But you ADD the scouting eye, which asks "Is THIS player outside the box, a player who is at a dynamic, unpredictable spot in his evolution?"

Ketel Marte is already past his "stabilization point" for K's, BB's, and therefore K/BB's.  The problem is, that ML rate is in direct contradiction to his body of work done in the minors.  And another problem is, Marte is a big fat hairy 21 years old.

Leaving us where?  Ron Shandler's life maxim is, "Once a player shows a skill, he owns it."  Could take a guy 3 years to get back to his .500 SLG, but somewhere in there he knows how to do it.  Ketel Marte is showing the ability to work the count.  This is something very remarkable.

You use intuition here, to ask which of these Truisms will trump the others.  GM Detecto's intuition?  That Ketel Marte has a very rare ability to See Ball Hit Ball.  He's a dynamic, evolving young hitter, and I like his chances.

Q:  There is also the possibility that Marte and Cano create a synergy in the heart of the defense that is hard to measure vis a vis a superior hitting Brad Miller (who is kinda worthless against the lefties however).

A:  Marte is helping the Mariners complete their Dominican Republic Chess Set.  He is right there on the hip-slam in the on-deck circle when Nelson Cruz and Robby Cano go deep.  Marte is accepted, and feels secure.  That's big.  Phasing in the young players is one of the most delicate problems in MLB, and Marte has THESE!! two players going to dinner with him.  In your own job, do you perform better or worse, if nobody wants you around?

In the 1990's Baseball Prospectus studied "synergy" and began with the Thome/Manny/Belle/Lofton Indians.  Essentially they found that when Ketel Marte makes a pitcher WORK, and then the next player (Cano) also makes a pitcher WORK, that a fracture point can begin developing for the pitcher.

As long as Marte keeps a tight strike zone, keeps punishing lousy pitches with doubles, and then narrows his eyes from 1B toward the threat of a steal, he can definitely become one of those players who increases the PSI on a starting pitcher.  Get six of those guys in a row and you really got something.

Q. If Montero is ready to re-assume everyday status, how do you know? A good spring? A great spring? he's still underperforming. Do we apply the 70 PA rule to him? Some guys hit so well, you can live with the poor eye. Is Jesus one of them (and see below).

A. What the Mariners will use to decide this, is, can he get to the inside pitch.  Book on him right now is that the huge shoulder-rock slows him down too much.  Then he has to start the bat assuming fastball, leaving him vulnerable to offspeed.  So, the R/X that began with John McGraw:  hard inside, slow away.

GM Detecto doesn't know that he buys into this.  Montero's best launches have been on slider-speed offerings.

What will SSI use to decide this?  I'll start with the sucker pitches.  He's at 48% whuffs on pitches outside the zone, compared to 31% ML average.  Maybe that's timing and rhythm; maybe he needs to listen better to Edgar about pregame plans.  But yeah.  GM Detecto is going right back to the strike zone with Montero.  Swing how you want, but swing at strikes, kid.

Every Montero swing at every sucker pitch, puts one foot a little deeper in Dr. D's grave.  Tighten it up.

Q.  Feeling any differently about Gutierrez for 2016? Is his eye still a concern, or has he transcended it? All second half long, when he plays, he hits. A Guti in the lineup has been money in the bank.

A.  He has had a TREMENDOUS season, used in spots like he has been.

If he were able to sustain that, slug .647 despite --- > on 0.24 eye, mostly against LH, and --- > a lifetime SLG of .404, then he'd be a championship role player.  Obviously.  He'd also be virtually unique among baseball players, if he could sustain those contradictions.  Here's the One White Crow that proves to us that not all crows are black?

Visually he looks as though he can keep doing this, doesn't he?  His power comes on Back Leg Specials.  He guesses a pitch right, and then he hits it hard in the air.  To absolutely any field.  Here, let's look it up: 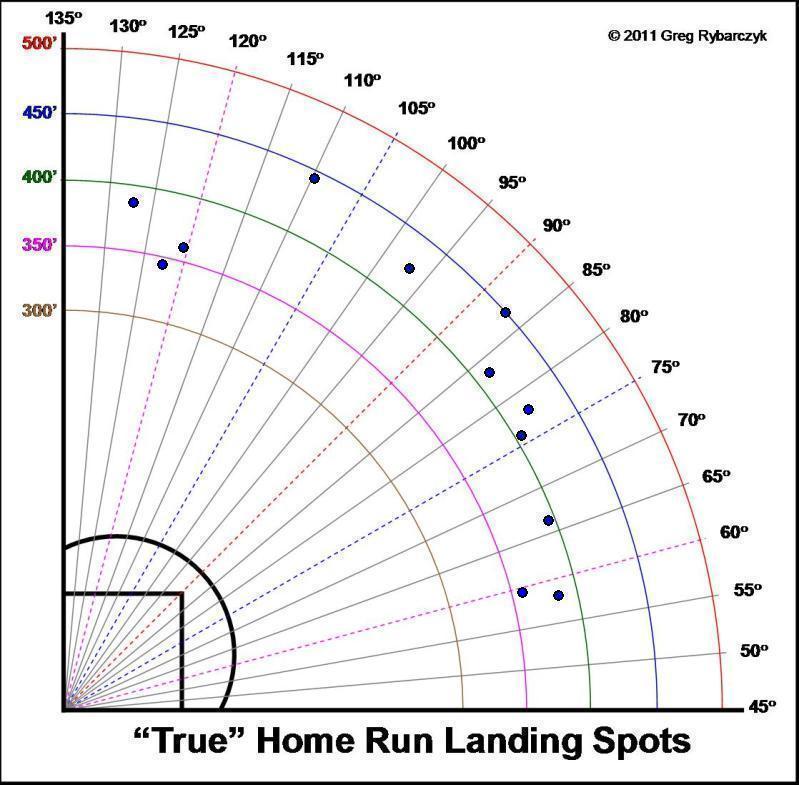 Wow!  This guy is murdering AL left-handers most foully.

How?!  The best-case scenario is that Guti roided up, or solved his GI-Tract issues, or ... solved his GI-tract issues with a drug that roided him up, loosely speaking.  (Dr. Murphy, is this technically feasible?)  And now he's got three late years in front of him like Robert Redford in The Natural.  Personally I give this scenario a 10% chance of being accurate.  But if that is what he did, I support him 100%, and on a moral/ethical level.  Kid's got it coming.

What GM Detecto would do, is fly by his instruments, not his instincts.  This dog shouldn't hunt.

But hey!  You got no worries.  There isn't a minnow's chance in Moby Dick's gut that the Mariners aren't going to bring this guy back.  Done deal.

Jelly rolls on the table by the door,

It's what I do

Listen respectfully to intelligent people, and ask questions - hopefully to get them on the record.

Montero does get judged by a version of the 60 K stabilization rule. Those who can't watch him and only have b-ref will diagnose as you and the scouts will by simply looking at his K/BB from 2015, in particular his last 60 ABs. Saberdweebs and scouts will observe the same thing. We know he'll feast on AAA - his MLE's are not in question, it's why we keep him around. But the K/BB problem shows up there as well.

I see GM Detecto ordering up winter ball and a game plan in his immediate future.

Guti: enjoy the ride as long as it lasts, but don't mark it in ink.

Guti comes back, absolutely.  $5M ought to be about right.  He'll want a multi-year deal, of course.  Why wouldn't he?  I'm good at 2, maybe 3. Maybe.   With the understanding, of course, that he isn't Hank Aaron and this year's numbers won't be around next year.  That's regardless of the chemical mix in his tummy meds.  OK, I'm happy with 2 years.

Agreed, the chemistry thing has real value.  Agreed, he's even passing my eye test right now.  But it is entirely possible that he is, going forward, the player he's been for the past month.

And, reiterating, the chemistry thing is something of value.

All in all, I am less concerned that I was but not yet convinced.

Montero has 62 AB's vL this year at .596;  He's not hitting lefties very well right now.  He had 242 AB's against them before this year; He mostly smoked them to the tune of a .300 avg.   I'm not worried about his vL abilities going forward.

Gotta give a thumbs up just

Gotta give a thumbs up just for trip down Freddie Patek lane. Of course, the thing that amplified Freddie Patek's value was his prowess at stealing large numbers of bases. From 1971 through 1978 he average 41 SB's against 12 CS's. If Marte can do that I'll call out, "All aboard!"

Guti back for sure...

His lifetime SLG against lefties is better than .404...just use him as a top notch platoon player...he can slug .480 against the lefties for me all he wants.