Skip to main content
Sabermetrics
Fly By Your Instruments, Not Your Instincts
We're doing 550 knots, tower. … could you please tell us in which direction 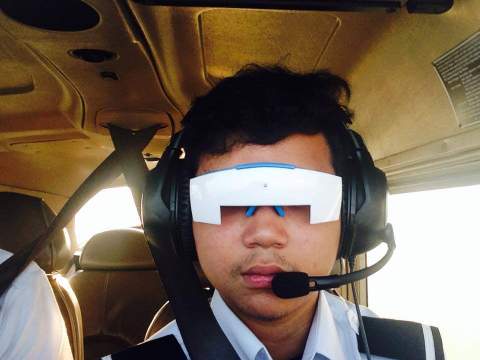 Dr. D has been reliably told, by a pilot, that part of his training involved a "blackout" of the front windshield, followed by an inversion of the plane.  When there's fog out and you gotta land a plane with women and children on board, then measurements and laws of physics are more important than gut feeling.

When points of reference vanish, human beings are in big, big trouble.  "All-Star Services Received for Payment Rendered" is no exception to this rule.  You sign a guy to be your Evan Longoria West and he gives you a big smile and a Jose Lopez return, you can expect a healthy bout of spatial disorientation.  Some people like spatial disorientation.  Not so much here.  To Dr. D "spatial disorientation" is not dissimilar to "retching."  That's disorienting, also.  But who'd have ever expected "retching" and "Mariners" to occur in the same sentence ...

Where were we.  Oh yeah.  YOU CAN'T TRUST YOUR PERCEPTIONS, GUMBY.  Get that straight.

If you take one more step, you'll be outside the Shire.  Still, you really should quick-click to this Fangraphs page and sort by "Runs."  Plot spoiler:  if 400 runs were a mile race, there would be one team on the 4th lap, two teams (guess who) still back on the 2nd lap, and everybody else in the middle of the 3rd lap.

It's crazy.  It ain't like this team is starting Casey Kotchman and Endy Chavez.

But somehow, some way, the Mariners sport an OPS+ of 98, despite facing twelve straight Chris Archers.  This would imply that their hitting has been solidly average, even before its Trumbination.  Actually, a 98 OPS+ "implies" average hitting in the sense that sugar "implies" sweet.  But as you know, Dr. D is prone to being far too soft-spoken.

The M's wRC+ is 95, tied for 15th with the Los Angeles Angels of Anaheim unto MLBTV.  The M's players have been a little on the slow side running the bases, so their overall runs "created" -- projected runs, in theory -- are average to mediocre (tied 15th-18th, but ahead of the Red Sox and Pirates, for example).  And the Mariners remain solidly #1 in the American League in hard-hit balls.

Since the M's hitting looks solid both on paper and on the field, and since the Angels have scored 30 more runs, we wonder about the luck stats:  hitting with runners on, and BABIP (batting average on balls hit into fair play), and strand rates, and homers per fly ball.

Strand rates:  don't where to find this for hitters - LOB% is usually tracked for pitchers.  We can use batting RISP.

It is interesting to find that the M's drop off a bit on Hard/Medium/Soft hit balls with runners on base.  Perhaps some minor fraction of their RISP poverty is due to their own keisters.  Get a job, dude.  Okay, but 80%, 90% of the frustration is still the leprechauns under the cupboard.

But Dr. D can tell you this much.  If the Mariners were hitting BETTER than expected with runners on, then 100.00% of saberdweebs would guarantee you a change in results.  Startin' next game. Well, maybe the next non-Kluber game :- )

Can anyone tell me why, while I'm reading the above article, the chat window appears and I have to re-scroll up to the place where I left off?  Thanks!

Sorry about that Tuner. We've

Sorry about that Tuner. We've removed that shout from the article pages until that glitch is fixed. Thanks for the feedback!

...I think there is a psychological issue...I think they're psyching themselves out when in a rally.  Some bad luck clustering on them has them not hitting quite as well now that they're 1/3 of the way through the season.  Not sure how you break something like that up other than a good luck cluster.