Skip to main content
Sabermetrics
Dead Time in Baseball
GET ON WITH IT, Dept. 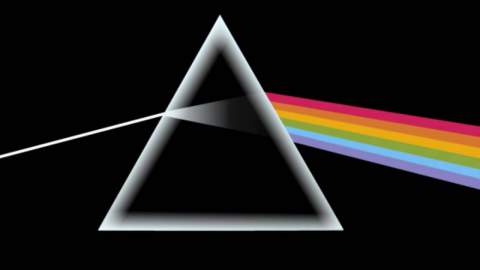 Ryan Divish thinks that the new "time" rules will be given their due attention in March, and then will die on the vine once the season starts.  A reasonable assumption.

Is it true?  Dunno, but the powers-that-be are serious about deflating the dead time.

It's not that we want to be at the ballpark 15 minutes less, so that we can go home and scrub the toilet.  The thing is, we fans are sitting there ready for action, and then the players stand there and .... do not act.  It's like the NBA.  You get psyched up for a smackdown, and you build up for two hours, and your juices are flowing ... and then the refs dominate the last two minutes?  You're just watching Deandre Jordan bounce the ball four times and then brick a foul shot.  Kills the fun.

On the other hand, you get a baseball pitcher who is groovin', who is confident, who is enjoying the battle, he has a rhythm ... if the pitcher has a rhythm, we fans have a rhythm.  Sports leagues are hip to rhythm.

Hi Bill, This may have been answered before, but I am new to the site. With all the talk of shortening games, and helping the offense, I have heard the media talk about changing the mound, eliminating shifts, changing the strike zone, and the like. But has anyone talked about making relievers face, say, three batters instead of one before your allowed to make a pitching change? Pitching changes during innings last at least 10 minutes or more, and if you have 2 or 3 in an inning, you have added at least 1/2 hour to the game time. As far as the effect on the game itself, this would be a significant advantage to the offense, as platoon or pinch hitters would have the advantage once again. I believe this was the intention of the rule makers of early years, by giving the offense the final moves before a plate appearance. Teams who bring in a "lefty specialist" to face an Adam Dunn, would now have to get through two more batters before calling it a day. Out of space. Your thoughts?
Asked by: coachneubs
Answered: 2/22/2015
Yes, Theo Epstein proposed exactly what you just proposed, at the General Manager's meeting in November; he said that it was well received. (This is based on media reports; I don't attend GM meetings, and wouldn't be allowed to attend.) Anyway, I have proposed similar things in the past; my proposal, specifically, was that a team would have one "free shot" a game, bring in whatever reliever you want whenever you want, but after you use that one free shot, you can't remove a reliever in mid-inning until he has been charged with allowing a run to score. Whatever the modification, mine or Theo's. . ..something along that line needs to be done. Theo said that his proposal was well received by the other General Managers.

So.  There's a tide beginning to swell.  Wouldn't that be fun?  A cool new set of rules about pitching swaps?

In most sports, what it would really take for this rule change would be --- > a "broken" bullpen situation, a couple of bullpens that made life miserable for the other 27-28 GM's.  In 2014, the Royals and Mariners showed this.  As the Mariners continue to use 3 relievers per (decisive) inning, it could be that other GM's will get tired of it.

The thing is, the 2015 Mariners don't have situational guys.  Not particularly.  They would probably benefit from a rule that lessened the matchup factor; their relievers are generically good.