Skip to main content
Pregame
M's vs Astros, Game 1
Lot of people like Houston for the Serious. Stinks for them 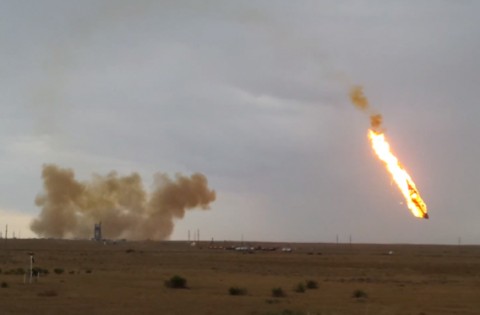 WORST WAGER:  you can't get any worse of a bet than this dude; the sooner they pull the plug the better, regardless of any lucky QS in April:   -6 = Taro, Dr. D, Seattle Sports, KingCorran, Nathan H (unless he's also "Seattle Sports .. "), SABRMatt.

JUST MIGHT SURPRISE, DON'T BE SO HASSSSTY:  +5 = Malcontent the Minority Whip, with Billy Zoom, Sherminator, Jerry Dipoto and Electrokraken.

UNCOMMITTED:  Every other Denizen Delegate.  However, we suspect Malcontent of sending his boys out to beat people up in the alley.  Some of them are sitting quietly subdued in the upper deck with bruises on their faces.  Here is Malcontent's argument in favor of House Bill "could surprise" 6.12.

Riddle me this.  So if Martin is FASTER than Dyson to 1B and is one of the fastest players in the league.....how does he not steal more bases?

If any Denizen had not yet noticed that Jean Segura IS a second Dyson on the basepaths, I'm jealous.  Pleasant surprise for you today.  His "Speed Index" is even higher than Dyson's crazy 160 and has several times swiped 33-44 bases in a season, including last year.

King Leonydas has an overall speed score of about 125, though has gotten into the 150's at times.  He must have scored that one super-time on a drag bunt or something; I haven't noticed that he's Ichiro down to 1B on a consistent basis.

Still and all, Dyson and Segura could well finish 1-2 in stolen bases, with terrific percentages; Segura's 33 would have led the American League LAST year.  Dyson has to be aiming for at least 50 this year; that's the whole point of coughing up KKKKKarns.

Haniger and Leonydas are definite second-tier threats; Leonys' 24 was #4 in the league in 2016.   Heredia, Motter, O'Malley ... a Denizen was tracking this guys in ST and had them at 22-1 or something.

It's tougher on lefties; Keuchel allowed only 2 SB's last year, I think.  But all of those guys could be taking off for 3B tonight once they're on second.

Here is the M's page with the hitters' results against these two Opening Day'ers.  Keuchel has changed almost as much as Felix has, but:

Don't fret when Dr. D forgets who sez what; he literally has a medical problem with his short-term memory.  Everybody else remembers :- ) and when we ref "somebody sez" you are expected to chime in and reinforce your called shot.  ;- )

Some amigo sez "Quite the Big Three we got in AA, ain't it?" whereupon the M's promptly stick Unsworth in Tacoma.  Looked good to me too.  Should we post a separate Ask Gordon?  Does he threaten the Moore/Povse Eyes Slideways strata of Dipoto layering?

The excellent Jake Mailhot has a preview up that is a model of what a series lead-in should be.  Takes a lot to follow Jeff Sullivan but LL has some guys who make a real run at it.

This has been the Fangraphs/internet conclusion on Dallas Keuchel for a while:  that he used to get calls 2" below the knees, Tommy John style, but no longer gets the calls or swings.  And he's lost a bit of command.  That explanation seems a little easy to me -- why aren't other pitchers selling shinballs for two years? -- but the data looks solid.

Look for the M's hitters to make Keuchel come up to the thighs if they can.  The game within the game.

the suspense is killing me. :)

as is this horrendous cold I have that turned my nose rudolph red.  Play ball already.

Don't know what I expect tonight...

He Who Must Not Be Named

He Who Must Not Be Named

He Who Must Not Be Named. Blame Doc on that one.

The enemies will be calling Haniger that name soon enough.

Here's to a Keuchel four'n'dive.  And to Felix throwing a Maddux.  And to three run homeruns.  And that stupid train in Houston.

So I've tried to watch Unsworth

...at least some vids, over the past weekend.

1.  His FB has some real armside movement.

2.  Some garbage swings vs. his curve.

3.  Did I see a drop ball/changeup at some points?

4.  A smooth and repeatable motion.

He's kind of neat.  Not as neat as Moore or Povse, mind you.

But he can do.

And with Moore/Povse in Arkansas and Unsworth in Tacoma, we have arms stashed in accessable places so that we can readily call a guy up in a hurry if we have to scratch a guy.

Kind of interesting.  Excellent attack and rhythm, good command, some late life.  Takes a lot to be as interesting as Max Povse.  Or to gain Jamie Moyer's interest the way Moore did.  You suppose Moyer is biased towards 160-lb. starters?

Have heard many times that Jamie and Karen Moyer are as good as it gets.  He should be the one with an ad over the bullpen.

Reminder as to the book on Dallas Keuchel

Jake Mailhot reminds us of the Keuchel game-within-a-game.  We edited to add in the original post.  Particularly let's see if Mitch Haniger makes Keuchel come up in the zone a little bit :- )

I don't think Boomstick minds dipping the back knee to 1-wood a shinball over the train in left.  Go fer it kid

[PLEASE] please let this be our year.

Only if we win the WS this time.

0 runs when Felix keeps us in the game. Gonna be us and the Braves

how come he can only throw 60 pitches? Wouldn't matter if he held them to 1 run at the rate our hitters are coming through.

The sound of lefty bats Martin and Dyson swinging away at a tough lefty pitcher.  0-5 vs. the big southpaw.  0-2 vs the two RH BP guys.

Their struggle vs. LHP was always going to be a problem, the issue is whether it is a big problem or big big problem.  They had 3 K's in 7 PA's, looking at a total of 19 pitches in 7 PA's.

Pazos and Fien pounded the strike zone and were effective.

If it's not the season opener we'll see another RH bat often times.  Whenever they switch to 7 in the pen it will make that easier.  Our only SW hitter is on the DL, he wouldn't be giving someone a breather on opening day either.  Motter and Heredia were already on the bench though.  I trust all 3 of them vs the tough lefty but today they didn't start.  More often I think we don't see both Dyson and Martin on days like this but it's early still.  Hopefully it is not really a problem at all.

Cruz, Valencia, Zunino and Haniger going 0-fer is more of a problem today because those are the vs-LH bats you have to count on.  If these guys can't hit LHP there's definitely a serious problem.