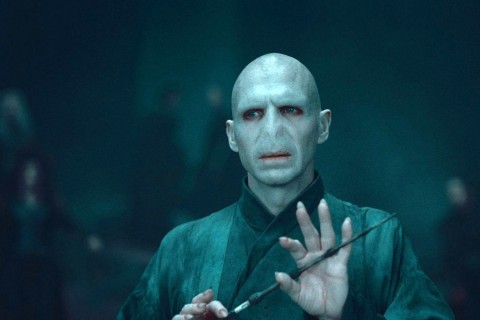 In case a coupla you mooks want to mosh each other off the TV screen.

His most valuable role to the team would be pinch runner late in close games, then defensive sub. Getting to pick and choose the spots where you need a stolen base is exactly how I'd use my 25th roster spot (which is where Dyson fits in, imo).

From where I'm sitting, the answer is: a lot. Especially if you still used Dyson as a late inning runner/defensive replacement.

The Royals aren't idiots; they knew where Dyson fit in. Dipoto getting cute with making career platooners into everyday players has failed miserably. As soon as Valencia went back to not being "the guy", he started to hit.

Dyson has value, I just don't believe the delta between his defense and the other outfielders defense+added offense is enough to justify a starting spot and I hope Boogs arrival is the beginning of the end of this (failed) experiment.

Dr. D sez, Guillermo Heredia plays center field vs. LHP's for him.  And then I got this super cool late game weapon lurking.  I dunno if the real offensive gap, going forward, is 135-70 between the two but with a tough LHP on the mound I'm willing to call the gap a serious one.

One thing, though; MAYBE the Royals were idiots.  The Diamondbacks certainly were.

Only problem is, supposing Ben Gamel continues to swack those 1-0, 2-0 fastballs and supposing Boog Powell hits like in Spring Training and supposing Mitch Haniger has an oblique sprain as opposed to a terminal illness.  What is this, the 1975 Dodgers?

HE WHO ... vs LORD VOLDEMORT

Hey, he is only a bunch of knee-high, and letter-high fastballs -- and 7 strikeouts, 1 walk -- away from making the complete transformation.  I'm willing for him to do so.

Like we sez, if he can at all weaponize the fastball -- the pro's refer to this as "establishing" it -- then the CURVE and CHANGE (not the slider) are plenty 'nuff for HWMNBN to compete.  Whether this occurs more than that one time we saw, who knows.  But here's hopin'.

Motter has a spot

at 1b or Catcher.  So, uh, 1b anyway.  He's easily better than all since Branyan.  Believe it's been awhile.  Well, 2 Smoak months looked as good or better.

If Valencia and Vogs don't hit in the next three weeks...

...then as soon as Haniger is back, Motter is the starter...bank it.

Vogelbach is too passive

I'm not convinced his approach can be successful at the major league level. Top of ninth he's served a fastball that a major league player must attack and his bat is on his shoulder. Working the count is great but in that situation you have to pull the trigger. Don't watch the most hittable pitch in an at bat as you're not likely to get another. A wise man said, "stalk the fastball."

Right - didn't that happen twice in that AB?

Hitter's count, 2-0, 2-1, both counts if I recall correctly, just 94 MPH down the pipe and Vogelbach watched it all the way.

They have the saying, "Be right on something."  Vogelbach obviously is not in synch out there, at least not yet.  Agreed Rooster.

I'm not as down on him as to cut him for one pinch-hit AB against a top closer.  But he's going to have to get his head together fairly quickly considering the position player competition on this club.

I've seen all I need to see on Vogs. Sorry...I know some of youse guys love the potential, but we're trying to win now, and he's trying to figure out how to hit a center cut fastball.

Bill James once remarked that Justin Smoak was the least athletic man he'd seen in some time at the big league level. Vogelbach is even less coordinated and athletic. He basically looks like Joe the meat slicer at the deli who hammers weights on Saturdays and Wednesdays to stay bulky but is otherwise not remotely into sports up there.

And yes...I think a certain level of athleticism is required to hit in the big leagues.

I would send him down, get that AAA line up some more and then trade his butt for a reliever.  Looks like dogmeat to me.

Players that come to the big leagues as pitch stalkers end up getting buried. Players at the MLB level have to earn the respect from umps and pitchers with their bat.

If Vogelbach came out mashing like Motter or Haniger and demanded the respect of the pitcher, they'll be fine. But an ump sees you can't hit and you're trying to walk, he's going to ring you up. Once you've established yourself as a hitter, maybe you'll get calls like that.

Ryan Langerhans was like that. Thought he could walk himself to being a serviceable player. Nope! Gotta earn it, guy.

Yes, he really does look useful enough to stick.  Was WAY off in the first inning but the same good version we had last time emerged thereafter.

Only caught bits and pieces of the second half of the game but wow, that Vogelbach pinch hit was a disgusting AB. Haven't seen much else from him but I would send him down or away immediately based off of that AB - he was scared and didn't want to be there.

When acquired he seemed to command the zone and use the whole field.  Videos showed everything you'd want to see in the skills to keep a power hitter from being minimized.  It's the power that's always lagged behind for him.  We see it for a few games then it's gone again for awhile.  Maybe watching pitches he should instead be crushing is a big part of that?  I know if he crushes a few grooved fastballs he won't see as many of those catch - up pitches.  It's hard to collect walks if they know you won't do anything with strikes.

I'm not done with hoping for him.  I think it may be a case of him working so hard on defense at 1b that he didn't put in enough work with hitting.  I hope it's temporary anyway.

Zunino's bat is still the most concerning to me but...He's the Wizard of Oz.  Everyone says to pay no attention to the man behind the curtain.  4 Walks to 25 Strikeouts needs to be paid attention to, guys.  Horrifying results.

Let him get comfortable.

But has there ever been a 3 hitter in the history of the game when all three hits were back to back to back in the 1st inning?  I'm betting against it.

I'd bet there was.

There've been a ton of three-hitters...at least one other had to be of the same variety. :)

off 3 straight pitches in the first, no pitching change until the 7th?

2 guys take their turns against each other,  go out to the mound in the first thinking "I'm James Paxton", come back in after a rough inning "no I'm not, better pitch my game" and go another 5+ scoreless each.

Motter and Dyson for 10th man?

Motter's still doing great, recent pace adjustment acknowledged. But if we can get a regular 1B performing better than him - understanding just how loaded that 'if' is -  then when Haniger returns you really want Dyson and Motter both as your prime sub-in options from the bench. Run out the Gamel-Heredia-Hangier OF as much as you can manage it. And let Motter be the power-bat OF sub (along with everything else he does) to Dyson's OBP/def OF sub.

yeah...that is where I am as well

I think Motter runs the risk of being a bit overexposed.  Radical pull hitters sometimes lose effectiveness when made to face the best pitchers full time...Motter seems more like a guy to sneak up on people with in key moments or against bad pitching.  But I love him as our Wigginton bat (with a better and more versatile glove) and Dyson as our speed/defense sub or "guy you bring in when you need to get a bunt down). Those two guys are PLENTY of bench along with a back-up catcher.

Critical when you've got a team that wants the 8-man pen so bad.

I'd have said 'badly' but character count. Meh.

I still want a 4th guy overall, but if you're going to war with 3 benchies... that's trio is my gameplan too. (Assuming Ruiz is the backup... oh please, can we have a league-average starting catcher?!?!)