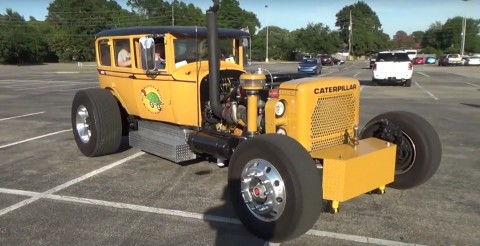 The Mariners' site has a StatCast up on Dyson's catch last night to double off Mike Trout.  Always fun.

The 46% catch probability is based on Dyson's actual in-game positioning, as opposed to a Dewan-type stat which simply assigns every spot on the field a probability based on neutral positioning.  We assume that Dyson was better-than-average in his positioning.  Dewan also assumes that the TYPICAL MLB positioning gives a better chance at the catch than his system would expect.  In other words, teams do a great job in positioning their OF's to make catches like Dyson's.

On 100 such balls, you'd see 46 catches made by ML center fielders, a verrrrrrry high standard.  But Dyson made the catch with an easy, stylish slide, giving himself all kinds of time to make the double play.  Obviously Mike Trout thought the chance of a catch was quite a bit less than 46%.

Here are the batter-pitcher matchups for Felix vs Ricky "Salary Albatross" Nolasco.

+ Cano, Dyson, Leonydas 4-for-5, pretty much everybody, in short AB's

+ Trout, of course, has beaten Felix like a cur pup.  Also Pennington

- Pujols and Calhoun are hitting .100-some in lonnggggg at bat trials

Dunno if Dr. D will be live-blogging.  But the Shout Box below is right there fore ya.

Despite the 1-4 record I'm more optimistic than I was pre-season.

Felix and Iwakuma looked like two guys on their way out last year, I'm very relieved to see their stuff rebounding. Still concerned about stamina late in the year for both of them, but those starts took away a lot of my anxiety about the rotation.

A little concerned about Cano now, but eventually the guys will hit.

Still feel this way too.

Annoyed about the loss last night and lower hit total, but the runs ARE starting to show up.

Martin back in line up

All the starters are back in the starting line up.

I am wondering why Ruiz is getting the Sunday afternoon catcher routine. I was expecting 2/3 and 1/3 split since Ruiz has had so much success the past couple years... and obviously Zunino is struggling again.

I got into the Game Shout Box via the article...

rather than via the comments menu or otherwise.  See yer there... hopefully Nolasco is the R/X to cure all our ills ...

Just in case you missed it

On Saturday, against the Rangers, Oakland's SP Graveman had a no hitter into the 7th inning... and ended up winning 6-1.

And the experts say Paxton needs a 3rd pitch???

that must be one tough sinker to hit.

Saw a lot of good things this week

In love with Segura. Hope we lock him up with a long term deal soon. Haniger as advertised. Altavilla and Pazos are pretty exciting, looking so nasty. SP is solid.

But man, in my almost 40 years of closely following M's baseball this was one of the most brutal feeling weeks I can ever recall. The combination of what was it 1 for-the-first 30 with RISP along with the talent level on the field and expectations. Absolutley brutal gut punch for the fans to start off tumbling down the stairs to a 1-6 start. Sure, we can overcome it and still end up in the playoffs. Not saying the season is over or I give up watching and following. But as a fan rooting the team on, utter frustration and despair :)

Almost forgot how well I like your takes amigo.

Chances we lock Segura up?  What  would you offer?, any idea -

What do you think

Of a contract just like Kyle's?  100 million sound good?

I'd do that in a heartbeat.

Paxton next.   How soon on Haniger?