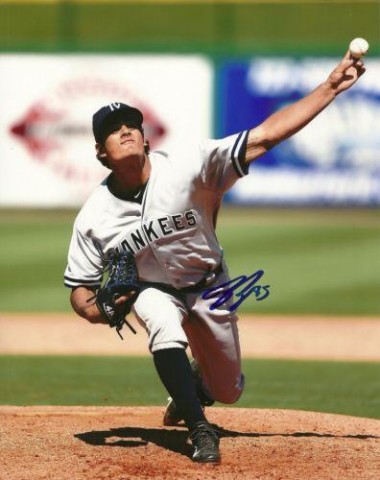 The word on James Paxos is that he's got an Arthur Rhodes-type combo with lefty heat and put-em-away slider.  Also that he's unhittable when "on," which is not usually.  Pazos supposedly took some advice from Andrew Miller in New York, toned down his leg kick, and jelled.

Early word is that he's looked good throwing the ball, but the point is, here is one of the Big Watches for Arizona.  All it takes is any one of the M's SP's to have a problem, and then if Ariel Miranda hits the rotation, James Pazos could have his shot.

F/X had him at 95.4 MPH average last year, with this slider at -15 MPH.  The mechanics remind you a little bit of Arthur Rhodes also, with the real quick weight drop, the tight-spin slider, and the rather violent finish.  Very low to the ground on acceleration.  If so, Servais might want to call Pat Gillick about the magic key that unlocked Arthur's brilliance - light usage, especially with respect to warmups during games.  Arthur could look terrible if his arm wasn't fresh; you wonder whether that would be something to watch with Pazos.

Here's a slider that rolls off the top of the table and induces a GIDP.

Here's the only other pitch we could find, really, from Pazos in the big leagues, a 94 MPH straight fastball that was barreled up into left field.  The rap on Pazos has been his command and the straightness of his fastball, though F/X does not measure his fastball as unusually straight.

A guy like Pazos looks great against either side hitter when he's on track; what would he be like if he got into rhythm as the 2nd LOOGY out of the 'pen?  Niiiice.  Here's a three minute YES Network piece on him.

Could be the low release point makes the fastball flatter, keeps it on a single plane longer. His release point is down in Erasmo Ramirez territory even though he's four inches taller. He's sacrificing a lot of downhill tilt.

Yon Pazzius has an El Sid look.  Such men are dangerous.  To themselves and others...

Any thoughts on the possible return of Nick Hagadone?