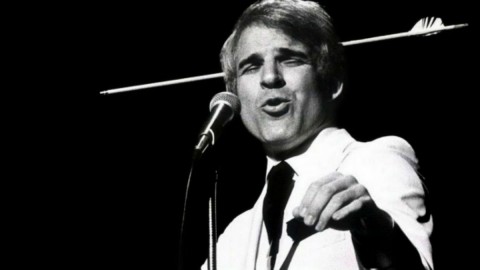 Anyway, Dr. D likes Felix' 12:0 strikeout ratio and his chances to adjust as a legit midrange #2 starter.  Iwakuma's stuff seems down a tick, as is his CTL ratio, but he'll always have his pitchability as long as his shoulder is okay.

In baseball there really is a game the next day.  Life Is Sports.  There is one way to approach an embarrassing situation, and that is to overwrite it with positive actions ... :- )

Dr. Detecto promised not to rub it in about Yovani Gallardo when his ERA is 6+ after April, or gloat about Drew Smyly's ERA at 2+ if he followed up his WBC victory.  He made absolutely no such promises not to bask in James Paxton's majesty.  That, you can count on from here to 150 victories.

It is slightly aggravating that the pro's -- other than Bill Krueger -- needed to SEE these two starts before publicly acknowledging Paxton's "really special" upside.  Now everybody [offsite] is jumping on K-Pax' bandwagon so hard they're breaking the deck boards.  Bah humbug!

It is funny how Randy Johnson also had his PERSONAL MAKEUP changed from "head case" to "Doberman Pinscher" as soon as he found his TECHNICAL FIX.  This is what Bill James has grumped about since 1975, that guys in uniform are a little too quick to assign wins and losses to character.  Earl Weaver was always two steps ahead of James, writing that players became "winners" as soon as they got in a good situation (equals, on the Orioles' roster!) and reverted to "head cases" as soon as they were put in the wrong scenery.

If you think it's bad here, though, try following the Premier League.  EVERY goal vindicates a man's worth as a human being and EVERY loss calls it into question.

But Dr. D won't stay on that point long.  It's a little too sour for the situation.

Paxton was CASUALLY dominant.  I mean he was striking guys out and taking the ball back like So. What. Did you think was going to happen.  The 7 4 0 0 2 8 line is what we used to assume before a Unit start, LOL.  Notice that this was against the Astros, back to back.  Anybody know Paxton's ERA just off the top of his head?

Even in Unit's prime he did not throw 96 MPH with an arm motion that looked like a telegraphed changeup.

His yakker has been Kershaw-reliable the first 2 games, with 13-for-25 strikes every one of which was low in the zone, it looked like.  About 7 of the balls were intentionally in the dirt.  And the foshball too, thrown harder than Iwakuma's fastball, moves hard gloveside.

You can't even count the weapons the first two games.  Zeus just mortified Josh Reddick with a 2-strike "slider" thrown at his rib cage which slid inside and caught the plate.  ... Even watching the postgame now, Paxton is large and in charge talking about the ballclub overall.  His vibe is like he has 100 wins already.  If he doesn't get hurt, he does have them.

Boomstick rifled a single up the middle and rifled another one to right-center.  If you just joined us, this was Teddy Ballgame's classic fix to a slump, line drives up the middle until you're back in rhythm.  Cruz' takes looked way better - as though he's starting to see the ball.  Good on him.

Matty pointed out the topspin on Seager's first sac fly.  He pulled two balls hard in the air and also took sucker pitches easily.  You noticed how Charlie Morton went 2-0, 2-0 on the MOTO guys even in a crisis, with men on base.  That is the book after one week, that the M's are shrill in the batter's box.  But with yesterday's 9 runs and today's performance it looks like the 102 degree fever might have broken.

You gotta let a guy try to play through it, but Martin's OPS+ is like -50.  Literally.  Guillermo Heredia has got to be chewing glass in the dugout watching the horror swings.  With Earl Weaver it would have been axiomatic to get extra bats in the lineup when in an offensive slump.  You've got to change the games from 1-2 losses to 5-6 losses, and then you can get to winning as soon as a starter has a good day.

Servais himself has stressed "a win in April counts just like one in September."  Dr. D is moved to protest on 3 AB's for Heredia after 8 games.

Everybody else in the lineup has been standing there watching our 1-2 hitters, apparently too dazzled to help out.  Wouldn't you know it's one of our two MVP's that tweaked a hammy.  Looked day-to-day though, and that's what the report was after.

Kyle Seager is gazing blankly and afar-off into the TV and telling the truth like in Liar Liar.  "Motter is a very capable player at shortstop."  Not "super player" and whatnot for TV consumption.  I love eeet :- )

One of my fave TV personalities anyway.  But then today a guy offered her a fried grasshopper on TV and she didn't even blink.  Ex-pro baseball player, likeable, defers to major leaguers even though she is a much better baseball player than any of the beat writers who are more hesitant to do so.

Gotta love Ang :- )  she's got more guts than any of us guys do, and she doesn't need anybody to know it.  She's become a regional treasure in SSI's virtual world.

And it feels as pertinent here.

What always struck me is the nastiness of all Paxton's offerings.  The movement combinations are unique.  Maybe entirely.  I know it absolutely was when he first came up, but I haven't looked closely enough since his mechanics changed last year.  Still nasty movement anyway.  Not to downplay Mr. Snappy + heat and plenty downward angle of his own.

Definitely more Motter, Heredia and maybe only a few days from Speedster #6 O'Malley.  7 steals through 8 games is a pace of only 142, shy of the team record 174.  Yeah, I'm expecting that record to fall.  Has Dipoto targeted it already?

That's quite a stat amigo

Precisely because they work great and the dogma against them is feebleminded.  We mean it in a good way.

...that would project Maniger to score about 13.9 WAR.

......ready for Vogs and anybody but Martin at this point.

But it's getting tough about now.  Have to hope he shows more offensive prowess before the next CF goes on the DL.  Just don't see any way to completely move off of him without trading him and that seems unlikely this early until someone's CF goes down.  Not that I'm wishing that on anyone.  Also if someone is looking you're in a situation where they may be direct competition for the postseason if they're AL.  Can't dwell on that, just a drive by thought.

I guess you could put someone else in LF and Dyson in CF at least a few games a week and that's more likely what you meant?  Heredia getting equal opportunity for a time could easily lead to him getting more bulk for more time later.  His 3 AB after being put on ice for a week didn't convince me of anything.  29 PA of .245 OPS, or 4 times attaining 1b from the box is where Martin sits.  Sure a couple steals with 66% success.  I don't recall Servais saying that he wouldn't ride a cold veteran deep into the ground, it seems that was just an assumption by some of us.

I want to see Vogue back too but have become opposed to the dueling 1bmen roster snag.  Another situation where I think the best fit may be a trade of the incumbent.  Maybe if Valencia is being offered on you call up DV the younger sending down (Fien, Scribner?) and hold off the deal long enough to make ready for O'Malley returning?  I doubt the elder is being offered on but anything is possible.  This week has reminded me.

Sure we're talking about an OF rotation

Just using Heredia for like 8 AB's instead of 3.  With a 3-man bench you'd think the subs would get in there a little.

Not to knock Scott Servais, who(m) we admire and who has the club attacking despite its disappointments.  Tough to do everything you want to in the chaos of battle.

BUT EASE UP ON KING LEONYDAS

I've said several times that I like Martin more than Dyson, over the course of the season.  But Martin is a blinkin' rusty gate right now.  Well, so is Dyson, really....minus one RBI single.  The Dyson-Martin pairing isn't working.  I'm afraid it won't.  I said all winter that we had an opportunity to trade Martin for a COF bat, because there were teams looking or CF'ers.  Now the only bat we can trade him out for is one of our AAA own.

But I would trade him out for a Gamel, O'Neill or Heredia, right now.  They might hit.

It was easy to get enamored with his 1st half of '16, but that isn't the real him.

But we're in a weird place.  There was all the Martin love-fest in ST, the team for him and he for the team, and Dyson was specifically the guy Dipoto went out and got, so we're weirdly stuck with them.  I hate the idea of being stuck with a Punch and Judy hitter who isn't Punching at all.  It smacks too much of a Figgins event.  That one dragged on and on.

Oh...remember when some bseball folks thought T. Walker was something to hold and Paxton something to fold?  But SSI, never wavered.  "Zeus" is a very appropriate nickname.  We might consider "Sandy," as well.

easy solution to the dueling 1B problem...

He's always been a specialty player, in that he beats up lefties but RHP returns the favor.  VS. righties this season?  4-29. It is worth remembering that he hits .676 vs. RHP over his career.

We're in a weird place with him, too.

Give the job to Vogelbach (I'm in) and then we have no place for Valencia, unless we send Heredia down....and then we're stuck with Martin-Dyson vs. all RHP.

And soon we will have to create a spot for O'Malley, likely an arm goes down.

I will be interested to see how long we stick with bats that don't produce....if they continue to not produce.  Which I sort of expect.

Hearming Boomstick slap a single almost made me giggle.

I was thinking more or less along the same lines. "That's Step One."

Then I thought to myself, "will he make it to first?" and had to remind myself this wasn't Gar.

Must admit, schoolboy crush on Angie Arlotti when she first joined FSNW.

As for the lineup, etc I think it's pretty clear Scott's intention is to let the offense find some rhythm before making changes (which looks like it's happening). After all, yesterday's starting lineup had exactly 2 players above .200. Hard to bench 7 guys at once ;) I could see him sticking with all his guys at least through the end of the month.