Skip to main content
Postgame
We Win the Staredown Game
M's 5, Rangers 0. Wait, what was the score in the home opener 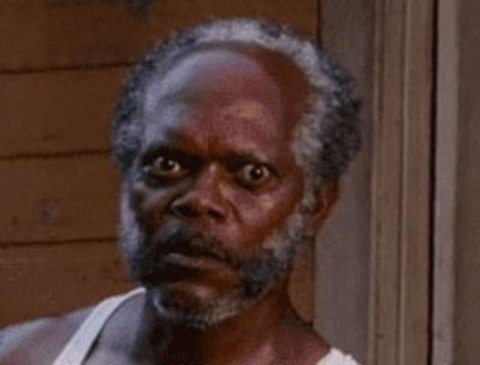 For what, 5 or 6 innings, even a no-hitter still wasn't good enough.  Earl remarked that this state of affairs isn't good for morale.  The Rangers seemed to be lurking smugly, apparently secure in their belief that not even James Paxton was enough to change the M's status as Ranger "customers."

Then, in three pitches, the game went from 0-0 to 5-0.  The Rangers blinked several times in confusion, trying to process the surprise.  We noticed that James Paxton came out the next inning unafraid to throw strikes.  And we remembered how Lou Piniella used to juggle his rotation so that Randy Johnson would pitch the first game of division series.

Blowers noted the 3 pitches thingy.  He also noted that Boomstick is starting to get the huge launch velocities.  We note that Boom is starting to blast pitches foul down the 3B line.  Jeff Sullivan was asked, in his Friday chat, Is there any reason to believe that Cruz is not done?  Jeffy's reply, Everything he has done in recent history.  HEH.

Did you see the at-bat where Cashner threw him 5 consecutive pitches, just off the black at the knees?  I am not even joking.  3-1 and then a nibble walk.  They do NOT want to throw ANYthing dangerous to this guy.  That's your best tip that Cruz is hitting his stride.

Seager's big hit in the 5-run sixth ... a full count changeup that was totally drop-dead gorgeous.  Beautifully thrown, sinking to the shins.  Seager front-armed it into right field for a squeaky clean single.  A great moment.

We noticed that Mitch Haniger got a couple more frustratingly perfect first pitches.  Have you noticed that?  Seems every other at-bat, the first pitch is a 95 MPH jam right at the top inside corner, or a 12-6 curve that nips the black, or a slider that clips the lo-away corner .... it just hasn't bothered him.

Jeffy also was axed why Haniger hasn't been in the top 10 Fangraphs searches the last few days.  His quip:  Everybody already knows he's the best hitter in the game.

Taylor Motter with a 3-run blast, Earl's favorite weapon, right when it mottered.  By the day we all wonder a little more about a Zobrist-, McLemore-type weapon.  It's okay to whisper it in hushed tones.  We're not 'journalists' and we don't have to show pessimistic detachment.  This is a baseball chat and the question about a Big Motter Discovery looks reasonable from here.

< Previous post
23 Swings and Misses
Next Post >
The Good, the Bad and the Ugly.
Blog:
Postgame
Tags:
Nelson Cruz

Did he not fleece the Diamondbacks? Looking like two stars came back in exchange for our scrubs.

Yeah, there's that, and the Diaz conversion to closer, and the Smyly trade woulda been huge (could still be), and ... when Dipoto gets ahold of one he gets some nice launch velocities, doesn't he?

We can ABSOLUTELY win the Hamels game.

This team is on the board in any matchup. It's not about them, it's about us... finally.

Apparently he got a free 10 days but now they're up.  And there was something about a string of LHP's we face.  So it's likely we see a good amount of Heredia...

Heredia in LF and batting leadoff, with Martin in CF.

Worried that Haniger seemed to be swinging for the fences a few days.  Then he had some good taking what he's given strokes yesterday.  He just keeps rolling .292/.393/.542 which is only .205+ over projections (outside the mainframe).  9 game hit streak and 5 game scoring streak.  My thought that he'd approach both 100 runs and RBI is looking good so far, he's on pace for 95 RBI and 149 R.

So far Dyson, Maniger, Martin and Segura are 10-1 in SB.  They should have help with Heredia getting played, Segura and O'Malley returning and if Motter ever gets a single maybe he can start stealing.  Or he can keep launching XBH, who's to complain?

Motter is looking like his own type of utility guy.  I can't find one with his speed and power combined, all those guys wind up with careers at 2B or something.  And my 5 year old daughter has decided his is the jersey she wants after watching that 3 run shot.  They do have the same first name.

Paxton is only 3 shutouts away from tying the record.  Oh, the record is for complete game shutouts?  NVM.  But seriously, was Superman a lefty?  James' weakness is seemingly rare right now.  He looked almost this nasty in his first cup, only wilder.  We have been envisioning this together for years.  Happy to finally see it.  Now to work on 6 consecutive 300K seasons to take that record from Randy.

Seager putting that pitch into the outfield was some ridiculous Ichiro reach and slap action.  It was perfect.  It was a ball, low.

Motter feels like an early-2000s As player to me

He would have looked good next to Tejada. Motter's got that "I figured out some stuff in AAA, now let me show it off in the bigs in my late-20s" thing that so many of those Athletics had. He even has the hair.  Blowers got a decent career (and then announcer's gig) out of being a utility player that showed enough power to hold finally down a big league position.

If Seattle can't develop its own players then I'm fine with them poaching guys in other orgs who have already tweaked their own games to the brink of success.  Bring on more Hanigers and Motters - that part of the plan is working fine so far.

bring me all the Hanigers you want.

I underrated the Maniger...my bad. :)

You had the 2nd highest

prediction/projection I've seen anywhere.   After 1 for 3 today with HR and a couple walks, he's now in the area nobody predicted.  Probably won't stay there all season but he's way above projections with no indication that he shouldn't be above them.

This is just fun for me.

I called this shot (I think G or was it taro? also did) in 2016...said that if we had a chance to deal for an undervalued asset Haniger would be on that list...

And he's making me look stupid...in the HAPPY direction.  LOL