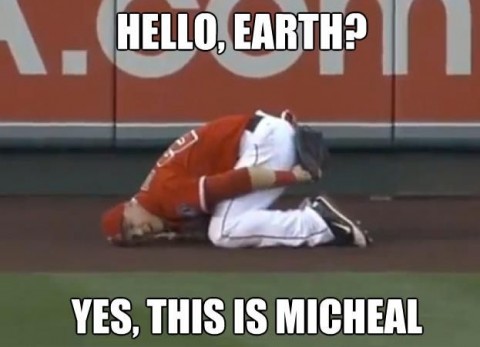 Everything we say after that game would be trite, probably.  If you missed it, though ... Mike Trout is good, ahead of Ken Griffey Jr's numbers at the same point of his career.  Albert Pujols is good, number 11 on the career home run list.  Somebody was hitting fifth.  They were all overmatched, way overmatched.

Like does anybody here remember Jeff Kemp and Steve Largent crossing the picket line to connect 15 times against a strike team?  Edwin Diaz looked like he just crossed a strike line.  Against Trout and Pujols!

Odd how long Dr. D has been watching baseball, and it hadn't occurred to him until tonight the swagger that an ICBM like that can bring.  I always considered them "celebration ninth innings" and rather wasteful in terms of the way you deploy your only excellent reliever.

Presto, one game; suddenly I got it, for the first time ever, since these have been the Mariners' first grind-their-noses-in-it saves ever, 1977-2016.  Dr. D got it, and the Denizens rejoiced.

Diaz is SO MUCH FUN!  I'm sorry...I've never had quite that much fun in the 9th before.

Fri 10:06pm: G_Money Chris Archer aka Edwin Diaz makes a darn fine closer.  It's nice to have the last inning locked down.  Sometimes it's enough to be an All-Star for one inning at a time.  He's just MONSTROUS.

Fri 10:13pm: SABR Matt That fun little inning had the side-benefit of gaining me 18.7 points on my arch-nemesis in fantasy to put me back out in front going into the weekend. :D

Yeah...Diaz is ridiculous...RIDICULOUS.  I woke up my wife two rooms over and through two closed doors screaming "SWING AND A MISS!" about 5 different times...totally amped up now...LOL

As Justynius once pointed out, baseball doesn't lend itself to pre-ordained, stand up and cheer Right Before It Happens moments.  There are no Curry/Klay splashfests, no 3rd-and-long blitzes with an engulfed quarterback at the end of the play.  Closest thing in baseball would be a K card.  But now?:  you can gear the entire eight innings towards makin' 'em bleed in the 9th, as the Al Davis Raiders used to say.

Five most anticipatably fun players in M's history:  (1) the Unit, by orders of magnitude (2) Junior at the plate or going after a gapper (3) James Paxton (4) Michael Pineda (5) Edwin Diaz  ... honorable mentions include Moyer's deadfish change with two strikes, Ichiro blazing down the line, Jack Wilson up the middle, Daimajin with two out and two strikes, J.J. Putz coming in to AC/DC, give up your own list ...

Point is, we've got a great ballgame coming Sunday :- )

It would seem that Edwin Diaz should be able to act as a safety net in some 8th innings, too, throwing 1.1 IP saves.  What's 25 pitches?  He's a converted starter.  So, yeah, this one looks like quite an injection of Bane juice.

As is James Paxton, as might be Mike Zunino, as might be the schedule, as might be a few other things.  (Anybody see my man Chris Iannetta on the top step in the first?  kidding ...)

People talk about what Paxton might be, once he irons out a few wrinkles.  I dunno what he might be, but what he HAS been in terms of results, is Johnny Cueto.  They're both at 8.3/2.2/0.7.  Well, Cueto has a ways to go to match Zeus' grounder rates.  Paxton's FIP is 3.10, by far the best in the league.  His lifetime ERA is 3.40.  I really don't get this "let's get Paxton fixed" sentiment.  In 2016, he has been an Opening Day starter, pitching in a little bad luck, granted.

I wouldn't have thought it politically feasible to swap out Iannetta for Zunino like this.  DiPoto and Servais never cease to amaze you.  As with you and as with the M's TV guys, Dr. D is savoring Zuumball's calm takes of pitchers' pitches in 2-strike counts.  He Just. Looks.  Great.

The only question left on Diaz, whether a couple of botched saves might derail the lad from --- > his DL-or-200-Saves den sity.  Because he's using large muscles, because the slider is fine whether it's high or low, we'd put the odds against that at 10:1, 20:1.  How about you?

Well, there's a peripheral question left, the Chris Archer career path.  If Edwin Diaz is Mariano Rivera, though, are there any real-life baseball men who are going to rix it?

Go ahead and enjoy the conversation.  Who are the closers you would take over Diaz, if his missile-arc plots even approximately as expected?  Like, in the last thirty years?  This isn't a court of law.  It's a baseball chat.

All things considered, salary, personality, all things, would you trade Diaz for Chapman even steven?  For Kimbrel?  For Miller?  Who for?  As things stand right now, what is Edwin Diaz' roto value to you?  It's more than that to Scott Servais.

And!  Don't forget to give it up for DiPoto, who pointed a finger (down to AA!) and said MAKE IT SO. 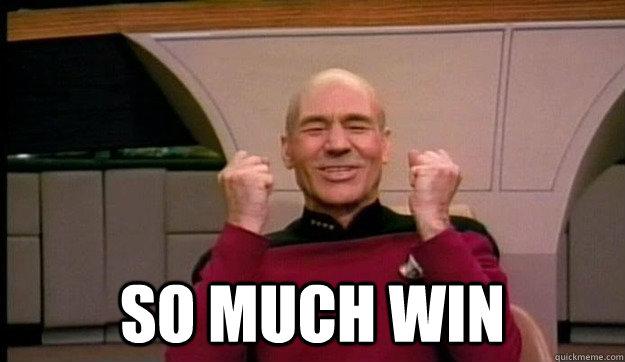 And to give it up for Servais.  You've always wanted a cutting-edge org, right?  If a few other Entitled-Vet Managers are in the dugout, we ain't having this conversation.