Skip to main content
Postgame
Savoring the Domination
He'd like to be the first insect politician, but... if you stay, he'll hurt you 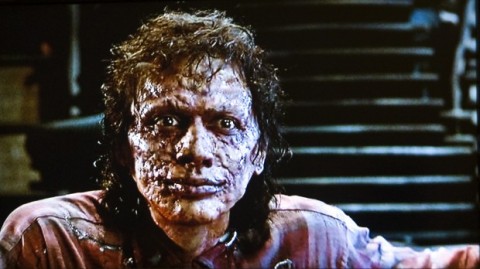 In 1995, the Indians had that awesome Belle-Thome-Manny-Lofton team that won 100 games ... in a strike-shortened season!  Their offense was 116 and their pitching 123.  You don' see that every day.

But in August, it became apparent the Indians could face the 1995 Mariners in a 5-game series, and John Hart lobbied the league office to change the playoff rules.  In public he moaned, it's not fair to have a great team get eliminated by one tremendous pitcher.

Dr. D, posting as JenAnnC at the time, wallowed.  Be Afraid, John.  Be Very Afraid.  The Big Unit was the origin of the term, but since about 2004 it's lost all of its steam.  We had to rip off Yasser Seirawan's signoff.

Twenty years on, the idea comes back to life.  :- )  You get Friday night's Paxton (and Diaz and Taijuan and Felix and -- we'll see -- Karns) in a short series this October, clubs are going to be trembling, hoping for any matchup other than this one.  You do realize that Texas has scored 464 runs and allowed 464?

Jennifer Ann was my newborn daughter.  When I first created an AOL account I just typed JenAnnC as the title, oblivious to the fact I'd personally be called that.  But it lasted a year or two.  Dude, you need a more masculine name, a few people mentioned.   Then it was JenMan for a bit ... Oh!  why not JenManJi, then je'manji, to give new readers a clue about the wacky tongue-in-cheek nature of the writing and in honor of Robin Williams.  Dr. Detecto is of course a spoof of the old roto columns, but you get used to things. 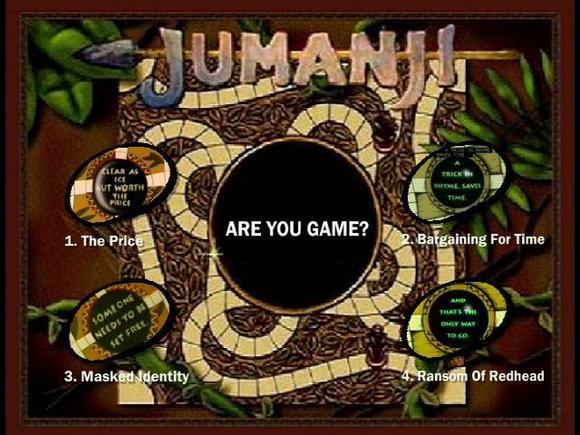 By the way, the national story was Paxton's 83 MPH yellow hammer specifically.  For sure the curve was the Kershaw bit we've been waiting for, but it's not like Paxton is not Zeus if he has to go (1) 98 MPH and (2) Foshball to keep them honest.  Taking the 2016 season to date, his walk rate on the season is a miniscule 2.39, almost weirdly low for a young pitcher of his type.

So forgive my irritation at amigos selling a "good Paxton" and "bad Paxton" who show up randomly, like Go Pikachu in Times Square.  :- )  If Paxton is inconsistent, then what then has Iwakuma given us?  Pitchers have DOM start percentages and DIS start percentages.  Paxton has thrown the ball MUCH more consistently than ANY other starter in Seattle.  He's been a metronome compared to anyone else.

It takes a lot to make Blowers lean into the microphone, which I like.  But in the 4th, when Paxton was destroying Donaldson-Encarnacion-Tulowitzki on three strikeouts, Blowers marvelled "If there is just a little bit of doubt in your mind as a hitter, you are NOT going to catch up to 98 miles an hour."

If you want even more to read, check out this crisp little 200-word piece by Mark Melancon.  He points out that hitters can hit sliders and okay curve balls better than they can good changeups, because the break on the slider actually helps the hitter recognize the pitch.  The idea is, MLB hitters need tiny little fine-tuned advantages to survive.

What people didn't get about the rookie Michael Pineda was (basically) this:  any 2-pitch MLB starter is going to be dominant if his two pitches add up to 130 on the scale.  Such as:

But a guy like Rookie Kershaw added up to 140 or even 150, with a plus-plus-plus fastball and a better-than-average curve too.  What happens if you get two 80 pitches together?  Randy Johnson was untouchable even with 20 years' advancement in scouting reports.

Paxton on Friday had an 80 fastball, and a 60 curve ball, so there you go.  He also had a 40-50 foshball and threw a 50 changeup about half a dozen times.  So?  Left on right, vs an absolutely stacked lineup, he made the Jays look silly.

There's no defense, practical or theoretical, to the type of pitching that the Big Unit executed for 20 years, or that Paxton executed Friday.

Be Afraid.  Be Very Afraid,

You answered the question that I just asked (one thread to the left) about the number of Changeups that he threw last night.  Radio guys called one pitch a changeup, IIRC.

Let's guve Zunino a pat on the back...or more.

The two kids kinda of get one another.  Ianetta whom?

And somebody (Mel Jr.?) finally has got Paxton to understand that "catch it, nod, throw it" is the pace he should pitch at.  The radio guys described such a pace.  I am convinced that when he worries (too much) about "which" pitch to throw then he's guiding the ball up the the plate.  When he trusts his stuff (and the guy behind the plate) then he's some kind of dangerous.

I will admit to not being quite pleased when Diaz didn't come out to start the 9th.  Not quite pleased is a euphemism, btw.  Heck...even if you let him get the first guy out...then Cishek would be a bit less worrisome.  Did he go to 3 balls on each of the 5 guys he pitched to?  I think he did.

But I split hairs, I suppose.

Get two weekend wins and DiPoto almost has to go get an RP.

Which was merely his changeup "playing up."  The fourth pitch was just kicking a man when he was down.

Diaz pitching the 8th and 9th?

That's a tremendous point.  Lou would have done it.

Servais is a rookie manager and he might have been seen as spitting on Cishek, much less imagine the pressure on himself and Diaz if something went wrong.  That said, you guys wanted Diaz in there for $8M Benoit and Servais did that MUCH faster than I thought he had political capital to do.

i only watched the first three innings but I was surprised by how much Paxton was shaking Zunino off. It didn't seem to affect the pace, it was very quick, shake, shake, shake, nod, go. But there were definitely lots of shaking going on those first few innings.... Did that change in the later innings?

I was nervous watching him shake off so much, but hen he would pitch and the Jays would swing and miss. I was presently surprised. It seemed to me, that after his last two no so great starts he regretted in his post games how things had gone and the way he had pitched he knew want he wanted to do now, hence the shake offs, but then why weren't they on the same page going in?

anyone else get that impression

I got a best friend in basketball I talk to like that.  On an NBA level, Steph and Klay passing and pointing at each other.  Looked every inch to me like homies working together in attack synch.

Gonna see Zuumball out there with Paxton you gotta think.

Relying on the radio

Sorry for missing the shakeoffs gnat.  was relying on the radio guys...but if his pace was a bit urgent, then I'm pleaed either way.

By the way, after the thumping we put on them today......DiPoto is about on the edge of being all in with the BP arms we have...or having to get another.  I bet we make a move...especially with a win tomorrow.

Wonder what Diaz's FB/slider add up to?

In the rotation, anyway.  It's about 150 in the pen with an easy motion. Just sayin.

If you are right about the Archer comp

They've got to figure SOMETHING out about the bullpen and get Archer in there with K-Pax and the boyz.  Nobody is going to move an All-Star starting pitcher into the bullpen to fix anything, no matter what.

But like you sez, it's a glorious delay, ain't it?  Right now he single-handedly calms the ballclub's nerves when it's ahead 2-1.