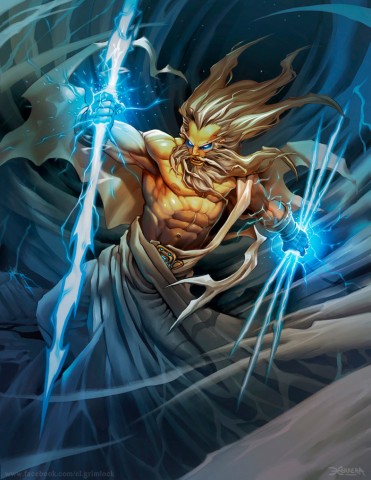 In Pokemon, you have a Charmander and you "evolve" it to Level 2 Charmeleon and then to the Level 3 monstrosity Charizard.  Well, that's how it was in the 1990's.  I think these days there are Level 5 Charizard-EX type cards that don't have to be evolved - just snap it down onto the field and rain death at 300 hit points per shot.  Not bad when no pocket monster facing the card is going to have more than 120 or so hit points.  So what's the excess 180 points for?  Flavor text, mostly.

K-Pax' "evolution" Zeus rains 99, 100 MPH fastballs when 95 would make he and Danny Salazar the two fastest lefties.  The radar gun readings we do get are pure flavor text. But when you're under 8 or over 80, that flavor text is the point of the game.

In Magic and Yu-Gi-Oh I think you have to "sacrifice" and "tribute" side monsters in order to conjure your cave trolls.  No word on whether those games come with shallow saucers with sealed goat-blood packets, but at Safeco, I think they "tributed" Lloyd McClendon in order to bring Zeus up in a billowing cloud of yellow-greed smoke.

Zeus had his grade B game on Thursday, as grade B bolts of electricity go.  He was throwing upper 90's again and M's fans are THIS close to concluding that such velocity is now a personal attribute of the pitcher.  This is by far the most important consideration, the 4th straight Zeusian start.

Second most important?  Was 72 strikes in 105 pitches, this also being a 4-in-4 streak since McClendon was tributed.  Those two things, 97-98 MPH and strike one, appear to be Dr. D's television-viewing birthright, and this makes the rest conversation.

It was a Grade B performance because:

1) Paxton's cutter (16/26 strikes) had very little deadfish action, was not located well, and did not get the Rays "in between" whatsoever.

Well ... Brooks says that he slipped one (1) curve in, about the second inning.  I blinked and missed it.  As you know, Dr. D has nothing against two pitches.  But 12 curve balls, one or two per inning, can poach a key strike here or there and can lead to rather pleasant batter hesitation.  Why ZERO curve balls?  You'll have to ask Paxton.

There are some dogma dudes out there who feel, "Until you can command a 3rd pitch, I don't want you in there."  Obviously Paxton doesn't need a third pitch; he just proved that.  But James Paxton is well capable of showing 10 or 15 curve balls in a game, and on a night he doesn't do that, I call that his B game.

The curve wouldn't matter no way, no how if the flopball / cutter was at the knees.  It wasn't.  Unlike Tiger Woods, James Paxton did not dedicate his formative/developmental years to his handicap, nor to getting late flop on his moshball.  So he's not razor sharp every outing, at least not as of yet.  On this occasion, Paxton threw 26 flopballs and only 8 of them were at the knees or on the outside corner.

Result:  the Rays weren't in between.  They fouled off tons of pitches and drove up K-Pax' pitch count.  Hey, don't get me wrong.  They lost.  The subject is, "why wasn't it a shutout."  And a most pleasant subject it is :- )

And then, if you're just joining us, you either swing out in front of 91 or you have to decelerate the bat for it.  Which is why all the cracked bats on cutters. 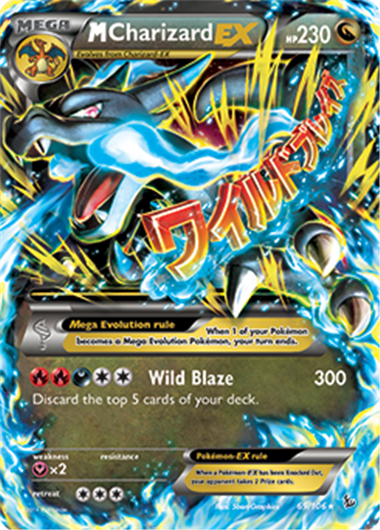 Translation from the Japanese: Fool! My sidearm claw hungers for justice!

So, Zeus was headachy, all backed up if you know whut I mean, blurry vision, and was listlessly tossing the bolts over the edge of Olympus Plateau rather than spiking them down in rage.  The villagers therefore had enough scurry margin for error to scrounge three runs:

THIRD INNING Mikey Mahtook got a cutter up, cracked his bat, and parachuted a blonker over Marte's head.  2 on 0 out.  Steve Pearce then grounded sharply into a 5-4-3 double play - except the ball missed Seager's mitt by a foot.  1 in, 2 on, 0 out.  Logan Morrison banged into a double play the M's didn't turn for another run on an out.

FOURTH INNING Taylor Motter guessed right on a 97 MPH zeusbolt and hit a hard fly ball to Aoki.  One of the great features of the Shout Box is that it autocorrects "Aoki" to "Loki."  Motter's flyball somehow got Masked over Loki's head for a double.  Motter then somehow scrounged two more bases on outs.  So, three soft runs the Rays pulled out of their fins ... or their girdles, or skates, or someplace.  But they weren't three runs that were in any sense reproducible.

... No.  The point is NOT that James Paxton should rightfully throw a perfecto every game, when the fix isn't in.  Point is, ethis incarnation of James Paxton was decidedly tepid, yet the Rays were lucky (and very skilled) to bottom feed what few grubs they were able to scrape up.

Paxton's lifetime ERA is 3.13 in 34 games started.  If it qualified, that would be sixth all-time among active pitchers - Scherzer's is 3.45.  And the thing is, if he has two bad games and goes to AAA then M's fans will forget all about him.  Present company excepted, M's fans have only ever been interested in James Paxton if his last start was a win.  I don't get it.

Scott Servais took one look at him, his debut outing, and sat him down in the office.  From that day forward, he was the M's setup reliever behind the two guys who make good money.  That's not hyperbole.  Diaz got one audition, and since then, Scott Servais has written him a job that is his until it is rendered obsolete by technology.

Another day, another 13-of-18 strikes.  What was interesting about this one, was that Diaz threw 16 fastballs and only 2 sliders.  Hey, kid, if you're feeling a little nervy about your slider then just throw it below the zone.  It ain't like you can't come back from a 1-2 count.

Hey, youse guys keep talking about trading for a reliever.  Scott Servais has it that we just did.

RE: Edwin Diaz - we always said "these games count too"

By moving him to the pen they guaranteed themselves a 100 mph reliever who can legitimately scare people once we have a lead.  I remain against moving him to the pen long-term, but his arm was obviously ready to go against big-leaguers right now, even if he is a 1.5 pitch pitcher out of the pen. A 2 years stint in the bullpen helping us mow down 8th and 9th inning opponents is fine for now.

These games DO count too, and it's been a minute / longer than Felix's ENTIRE CAREER since we've been to the playoffs.  I'd like to go back.  Any means necessary and all that.  I just hope Felix gets healthy and can enjoy a run to the playoffs, or even for the AL West pennant.

Rare arm.  Maybe rarer still that Diaz is so comfortable in the 3-deck stadiums.  (Stadii?)

Get Benoit back to giving us a last half-season of the Real Joaquin Benoit and our bullpen is entirely serviceable, it looks from here.  Chapman-Miller it isn't, but those are three guns you can put to the enemy lineup's temple and pull the triggers.

Furbush due back before too long, they say?

Since Shoutbox is now Mutebox... The Bartender is available

We still looking for another pen arm?  This one doesn't cost anything in trade:

"The Rangers have outrighted right-hander Tom Wilhelmsen off the 40-man roster, per an announcement from executive VP of communications John Blake. Wilhelmsen declined the assignment after clearing waivers, making him a free agent."

He's been abominable for Texas this year, but a familiar environment might help.  Start out in long relief and see if we can get him back to being a positive contributor?  The Mariners are already shaking up their pitchers:

The Mainframe could not begin to grok what he was doing in high-leverage situations.  Ah, now it all makes sense.  Within the programming subroutine of "a desperate cry for help."