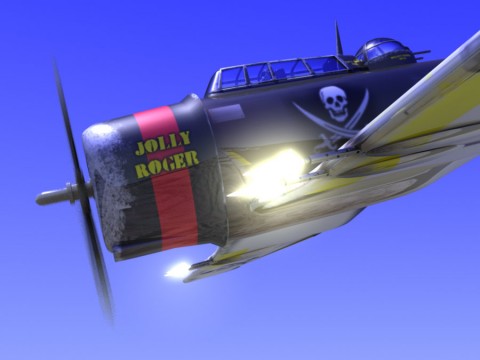 Dr. D resists the Jamie Moyer comparison, but that doesn't mean you (or everybody on ROOT Sports) has to.  Two games in to LeBlanc's resurrection, we're expecting the PhotoShopped TV commercial at any moment.  Just 'Shop Dan Wilson's age-50 face onto the old commercial ... batter fretting about the incoming pitch ... "the ollllllle Wade LeBlanc change up!  Looks like a strike!"   "Nah, man, I don' think so."

Around 1999, after it became clear that Jamie Moyer was a Top of the Rotation (TOR) starter, we asked James about the historical precedent.  He replied, Preacher Roe, with a clear implication that those were the two (2) such starters to achieve such a dramatic turnaround.  Last week he answered a similar question and this time he gave ten names, Zee-Ro to Hee-Ro  ... wish I could remember what they were ... .

LeBlanc actually reminds Dr. D more of George Sherrill than of anybody else. He comes from behind his ear with that funky, jerky short-arm motion and when the ball pops a parachute, it just flat-out disappears.  Last night another 6 whuffs and 0 base hits off the change ... after two starts, a 68% strike rate, a 19% swing and miss rate, and a 99.44% boggle rate.  It's a modest little weapon with which to slay dragons, but so far it is Le Blanc 2, Towers of Bastille 0.

If you went searching for sub-89 MPH starters who used changeups as their primary weapons ... well, of course you'd get Moyer, who had 99 positive attributes that Wade LeBlanc certainly does not have.  But in addition to Moyer in the 88-and-change territory, recently there is

Vargas was kind of reminiscent; Lilly was not unlike LeBlanc ... hmmmm :: taps chin ::

People like the older Zito and older Livan do NOT comp to what Le Blanc is doing, IMHO.  Smoke-and-mirrors innings eaters want to trick people into 18-20 balls hit at their fielders.  Wade LeBlanc is flat-out embarrassing people with that invisible changeup, and then attacking four corners of the wind with his "fastball" and cutter."  Up, down, in, out, stones of a burglar ... (THAT one, we'll give you in the Moyer comp!)

THIS was the interview that Dr. Detecto was dying to hear.  Gushing with praise for Benoit and emphasizing he'll have "plenty of opportunities," but oh-so-carefully intoning the magic anti-Voldemort incantation .. "It's about winning games."

All that would be left for the SSI denizen to hope for, would be for a Diaz backup to soak up the rest of opportunity sponge.  KKKarnivore, maybe?

K kount:  26 in 14 innings for Diaz.  That last pitch Friday, the 88 slider, started at the thighs, dropped to the shins ... Chris Davis with the disgusted look on his face even as his bat sailed over the pitch ... it don' get any better than that.  The seismo's are going haywire.

Personally I enjoy THIS phase of an Edwin Diaz' career, much more than I do the 40-save seasons.

Bill James, and what few studies have been done, claim that there is little or no effect to pitching Pedro Martinez one day, and Tim Wakefield the next.   The argument is that major leaguers see so many 1000's of pitches that a few different ones have no impact.

Anybody who's ever been in a uniform will tell you, there certainly is an effect.  Check Urban Dictionary on "TIMING," brother.

Dr. D has got to side with you mooks on this one.  If it makes no difference, why are they always talking about third time through the lineup?  Why the Craig Wright rule of 28?  And why is an Aliens-vs-Predator Wade LeBlanc Changeup so good in the FIRST place?

Keep the rotation right where it is,

< Previous post
Underdogs getting through in Euro 2016
Next Post >
'Nother Three Taters into the Pot
Blog:
Postgame
Tags:
Wade LeBlanc

I'm an un-mook on this one

I don't think it makes an impact that can be measured.  The Orioles warmed up for Paxton's 98 mph heater today by taking batting practice off of some guy who might hit 65, if he risks throwing his arm out.  If it makes so little impact from 3:00 to 7:10, then how can it make that much difference from last night?

Now if I had just seen the Ryan Express for the first 3 ABs tonight, well then a Wakefield floater might look r-e-a-l-l-y slow in the 9th.

Or if I hadn't seen a guy like Ryan or Paxton....ever....then they would look Saturn 5 fast.  As it is, MLB batters see guys close to like that on a fairly regular basis so their fast balls just look speeding bullet fast, impressive but not Saturn 5 unhittable.

LeBlanc has been pretty neat but Paxton doesn't need his help to throw the ball past folks.