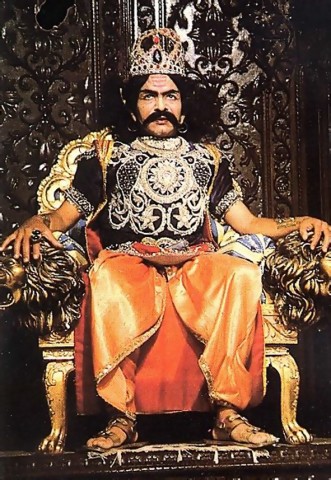 THE FABRIC OF BASEBALL HISTORY IS WRITTEN ON CY YOUNG CLOTH, Dept.

There were a lot of things you liked about the M's 0-3 loss.  The only thing to dislike was that Dallas Keuchel was unhittable.  To turn a phrase against myself:  the AL West better hope that was just a 12-for-16 shooting night by square beard.

It's one thing to have an invisible breaking pitch, like Keuchel's disappearing changeup.  Which was, I think, as good or better than Felix' changeup on his best day.  But it's another thing when your fastball location is ALSO nicking the black whenever you want.

Jered Weaver used to be as frustrating as that when he was at his best. Jamie Moyer had the same control but was less AGGRAVATING; Jamie would move the pinpointed fastball around, jam people, go outside, pound the knees.  Jered would just hit the low-away black time and again.  Keuchel did that and then he started getting that Tom Glavine pitch even off the plate.  It just has an arrogant feel to it that burns the lining of Dr. D's soul.  GRRRRRRRRRR

Weaver could just take his pick:  impossible low-away fastball or impossible sidearm slider.  What do you do?

A few amigos might go, Keuchel was just good.  The M's were terrible.  They might go that, but they would be mistaken.  When James Paxton is at his best, or Edwin Diaz is, do you figure it's the hitters' fault?

Will guarantee you that every scout in the building tells you the same thing.  A++ Dallas Keuchel performance; slop happens.  When a great pitcher executes like that, you move on to the next game.  Not that many World Series winners sweep the playoffs.  ...

Looked good.  Stayed within himself, looked happy and relaxed.  Like the rest of the Mariners, he swung at very few pitches outside the zone, and when he got anything halfway decent, he put a good controlled aggressive swing on it.

He did swing through a Keuchel 78 MPH wiffleball changeup or two.  Swung through badly.  Like he had a blindfold on, you know, Luke Skywalker's first attempt with the helmet on.  This is part of rookie travail:  Haniger has never seen that pitch before.  They don't have Dallas Keuchel changeups in AAA.  If some pitcher did have that weapon, he wouldn't be in AAA.

Haniger will get more hittable pitches than he got Monday.  No worries.

Felix did not have his 2014 fastball location and so he didn't have too many Ultra King Felix (TM) pitch sequences.  You know, the innings where he throws 12-for-16 strikes and most break outside the zone.

Except for that, he was great.  He had plenty of fastball velocity, averaging 91 and hitting 93 without much strain.  He had the vintage changeup, the one that flashes -4 inches dive against gravity.  He had the killer deuce.  His slider was plus.

Tweaked his leg and was confident he'll make his next start.  Even if he doesn't, very likely (not certain) it won't be a big deal.  Felix has a bit of Freddy Garcia in him, willing to show discomfort on the mound, not that he ain't tough.

A Mariner exec once used the phrase "James needs to do things like Field His Position" and since then we have heard it 1,000 times.  It's a resonant phrase no doubt.  But Randy Johnson couldn't field his position.  They are more talking about professionalism, a major league mindset.  Fielding doesn't matter if you're a pitcher.  I'll take Bob Gibson whether he falls down after a pitch or not.

Anyhow, the guy we saw Monday can pitch #2 for my ballclub any time ;- )

Zuumball got a decent pitch and, with the patient controlled confidence the Mariners showed most of the night, smoked a single right through the box.  A shifted Jose Altuve had it bounce off the heel of his glove and into the webbing of his glove.  ... Zuumball later got a less decent pitch and hit a home run a yard foul.  Somebody (Segura?) bunted SO perfectly into the Bermuda Triangle between SS and 3B but Keuchel, a gold glover who throws left and spins to the Bermuda, made a super play to get the out.  It was that kinda night.

In the 4th or 5th inning or so, Cano singled cleanly, Boomstick walked to put Keuchel in a bit of a jam .... Keuchel semi-pitched around Danny Valencia to get to Leonys Martin in the 7 hole.  Ending the threat.  Early prediction about Zunino moving up to protect Valencia at some point .... giving us chances at double steals with Leonys and Dyson?

Leonys Martin isn't exactly a pitcher hitting in the 7 hole, Dr. D will admit.  Perhaps he will punish the enemy pitching for letting him decide tight games with 2, 3 men on base for him, and it won't become a nuisance.

Did everybody see that catch on the LF line?  It took one game for Dyson to perform a miracle in the outfield.  That play was about as likely as the Kevin Mitchell barehand in foul territory.  Segura looked sweet at SS; Haniger made a catch look routine that would have baffled some other RF's who shall remain nameless.  The whole defense looked tight.

Can be really tough.  He wouldn't be #2 for a World Series fave if he wain't.  But he's about heat and two pitches, Josh Beckett style, and the M's should have an easier time game-planning against that.  But in any case the M's want 3-4 wins out of 7 road games.

Like we sez, outside of a Haniger psyche implosion, or an 84 MPH Iwakuma fastball, there won't be a lot worrying us this week.  Monday's game was zero cause for worry and it's not likely that Tuesday will be different.

Ain't it cool to have a Nippon Pro Baseball star in the M's rotation?  Just Cool.

Nothing to really complain about

The strike zone was somewhat viscous but seemed mostly even from what I noticed.  It was just one of those 40 some games no team would win.  If they're supposed to score 5 per game they're due 10 tomorrow.  Something like that anyway.

Anybody looking for a smile outside of the opening day game may find a few here:  https://youtu.be/83Gg2vN9-bI

You could also watch videos of his vs Dominican and 2016 highlights,  I just did.  No reason to feel bad at this point, our guys won't have to face him.

...but agreed. Hopefully that was just Day One and we're about to start regressing upward to a very happy mean.

Pay particular attention to the commentary toward the bottom w/r/t Cruz's line drive in the 6th.

They're starting to use statcast in recaps now to give you a feel for the significance of crucial moments. In this case, they mentioned Cruz's mortar shot in the 6th that Springer somehow caught and said it had a 78% hit probability. :)

Both sides of the ball.

Oof. One shutout and it's like a graveyard in here. Thass kewl, we'll go on a bombing run soon and faith will be restored. You can't keep this many good hitters down for long. It may be a very, very long time before the next time we put a zero on the board.

So, official ruling, do I get to be a tiny bit smug about calling Felix's return to decent velocity? I especially liked the arm slot he found to hit the outside black against lefties. He just kinda loosened the elbow and slingshotted some 91-93 darts onto the corner, and only Nori "80% of Ichiro" Aoki could do anything with them. Long live the King, even if he is only SP2 behind the original Godfather, Zeus himself.

Anyone notice that Felix only needed 65 pitches to go 5 last night? And he was picking up steam before the injury. If he goes two more shutout innings, tacks on a K or two, we'd be looking at a helluva start. If the rule is once again that you can only score on Felix via A). swinging out of your shoes like Springer and Correa and hoping your lineup hits one or two moonshots over the course of the whole game, or B). BABIP bermuda triangles on popups and mediocre grounders... he'll be pushing 18 wins this year, no?

P.S. Serious question: if Dallas Keuchel is the God of Pitcher's Fielding Practice, why did we try three bunts against him? I mean, he was an ace at the top of his game, and we had fast hitters trying to make something happen, so the strategy makes sense in a vacuum. But those were 2.5 perfect bunts, BABIP of like .750, and Squarebeard charges them like a shortstop, makes a freaking jump throw on one of them, and suddenly that's three easy outs. The man won a Gold Glove last year! If that's how he plays bunts, having them in the gameplan was a terrible idea. We wasted some really perfect bunting efforts, and wasted some outs in the process.

I think we will see the bunt for a hit attempts often when they try and have Martin and Dyson in the lineup against lefties. They know the bunt attempt is still their best shot at getting a hit against a guy like Keuchel. I do not have faith in Dipoto's LF and 1B picks.

first run of the year -> MANIGER

We got 99 problems and a Mitch ain't one!