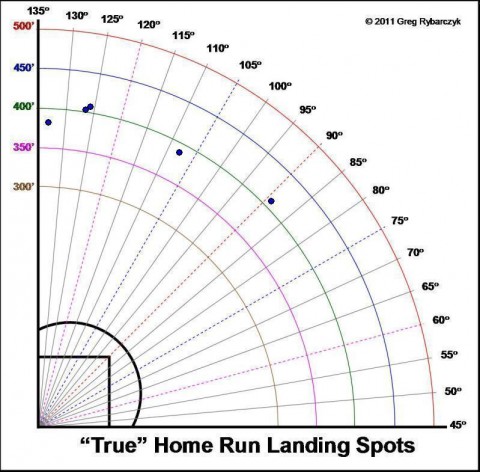 Several reports had it that the Mariners players didn't like the Leonydas offload, not one little bit.  But see where it leads.  A lot of times it is good to communicate your expectations.  Especially if those expectations do not involve 7-12 records.

So we get a thunderous win, a day off to bask in it.  Then we get Felix, throwing really quite well, followed by Zeus.  With Jean Segura joining the offensive festivities.  That's 31 runs in 5 games, 75 in 14 games since the first week.  All without our MVP! MVP! MVP! leadoff hitter and shortstop.  Ah, what a difference a win (and a new center fielder) can make in your outlook on life, love and the national pastime.

Seriously, does anybody else feel totally re-invigorated?  You gotta think this is a best-case outcome day off when you hit the EJECT button on your starting center fielder.

A statgeek from Los Angeles might hit the internet.  And might surmise Taylor Motter has gotten lucky.  He ain't.  When you sink your weight, pull the ball into your power alley in the air, and most notably when you scatter the popcorn vendors in the upper deck, that ain't luck.  That's getting your pitch.

Can he continue this, on any level?  Let's watch and find out.  He's going to play until he has proven to everybody's satisfaction that it was all a fluke.

Motter's PITCH TYPE RESULTS mirror the ballclub's.  He is way negative on sliders and changeups.  He is positive on fastballs and way positive on curve balls as well as splits and forks.  You notice that about the club?

So!  Can people just throw him sliders?  Not so fast!  Motter is doing a good job checking his swing on cambios and sliders.  They're trying to sucker him and he is not going for it, much.  Then he gets a 1-0 count, with the Big Boys already on base, and they assume they can challenge him.  He is averaging 104.7 MPH on his five home runs.

There are guys who do that, long term.  They hunt fastballs, keep the zone tight on everything, and make you throw quality offspeed.  Tom Glavine said that's not nearly as easy as it sounds.  Tom GLAVINE?  Yeah, he said I don't throw many first-pitch curves or changeups because it's too hard to get ahead in the count.

... AH!  We can get at it thu this link.  How does an 18% fishing rate grab you?  Thirty percent is league average.  Maniger is also still in the teens for at least one more day.  Aint That Somethin

You think and I think that Jean Segura really is a 200-hit man.  You and I also think that Mitch Haniger is a Best Bet.  If he's even still a bet?  Or have they closed the books on that wager?

The people around the Mariners are making noises like they are Really. Optimistic. that Taylor Motter could emerge as a McLemore-, Zobrist-type move around the field player.  That would be a nice lineup even IF Dan Vogelbach can't hit...

I thought was kinda struggling, but Diderot pointed out that his component stats are good.  He's right.  Maybe the kid really can score us 3, 4 WAR as a center fielder.  How conVEEEENient :: church lady ::  And if not, anybody else up for a Heredia/Dyson platoon in CF along with a Gamel/Motter thing in left?  Or no?

Yet one more pleasant thought for the offday:  Nelson Cruz isn't pushing it about glove time.  Big plus considering the gloves available.

Is he ready?  Most Denizens think not.  Dr. D asks this:  what more is he going to learn in AAA?  At a certain point "the best place, and the only place, to learn to play Major League baseball is --- > in the major leagues."

It may cost us a half a season's worth of Adam Lind production.  But I like Vogelbach's ability to tell a ball from a strike, and like his contact ability, and like his ability to defeat the shift with Wade Boggs / Chris Snelling liners to left.  For me it is a sound investment.

I did not realize

You mean he could get better?

I'm not seeing it. Old Mike Carp had a good eye and no power. It wasn't until he loaded up did he win the job. All I see from Vogelbach is Carp v.1

In total agreement with you on Martin, Doc. Keeping him around because people like him would be lethal. Popularity is nice, but production is always appreciated more when you have success as your goal.

Yesterday saw 33 pitches.  That's in 5 PA.  If you're curious, nope.  Nobody on the team saw more yesterday.  This in his 1st day back.   Maybe you were watching him in Tacoma, I was not.   I'm watching for what he does tomorrow and the next day.  The .650 OPS (1 single, 1 BB) is OK by me after watching Valencia be the bad kind of vacuum at 1b.  He certainly hadn't looked good in MLB and spring before yesterday but I'm not yet out of patience for him.

JeDi has taken many more draws at the OF deck than at the 1B.

If Vogelbach also doesn't pan out, I'm not sweating the rest of the season... Motter can cover the trade turnaround gap. Seriously unless Vog catches fire, I'm expecting a shiny new 1B before June is out. (why wait that long?)

I just can't get over this new-look lineup. Looks better without Martin clogging things up (who'd have ever accused him of THAT?)

The line-up that has Segura AND Motter in it...

We won't even mention the possibility that Heredia turns out to be da bomb.

...that the Mariner offense has five legitimate offensive superstars in it, right?  The last time they did that was 1997.  In 2001, Ichiro, Boone, Olerud...and then lots of average-solid guys...but not five superstars.

after all these years ive

after all these years ive never been gone doc :) have visited your site daily (including the offseason LOL). You always have the best views bout the M's and I love it :)

Doc isn't the only one that wished more of the readership would comment...my favorite part of the site is the comment threads and game chats...despite the fact that Doc's commentary is invaluable, fun, and all the rest. ;)

I forgot Edgar in 2001 recently too

Buhner counts some but Mclemore that year was a big-time star, IMO.  2001 had 2 MVP performances though.

I agree anyway, Finally having Segura back while Heredia is getting time in the field and nobody is going cold like the first week.  Well Valencia is still here and Freeman isn't doing very well offensively either.  O'Malley should be getting ready soon though.

How the heck did I orget Edgar???

McLemore in 2001 wasn't what I'd call a major star...he was a VERY useful bat though

That's exactly what everyone, including myself, has remembered about 2001.  There were only a couple stars.  I do not think it's true, more so revisionist history.  8 Mariners played in the All-Star game, 4 of them started.  Those that made the team deserved to and that's 5 position players.  Maybe Cameron wasn't a big star in his career but he was that year.  5 players had an O-WAR over 4.0 then there's McLemore at 3.2.  So what if none of them cleared $7mm that year?  Maybe that's beside the point anyway.

Can this team be that good?  I absolutely think so.  The win total seems ever so unlikely at this point, but the offensive possibility is still there.

I remember them being relentless...

...not saying they didn't have a great year offensively. :)

I *am* saying that they got big "UP" years from several hitters who do not have star credentials generally. And I *am* saying that this team has the same amount of offensive star power as that one did...except they don't have to all have UP years to hit like that.

There's more star potential this year.  Boone said that year you could put an All-Star team together and put them in that division and they wouldn't win 116.  That part of it was lots of luck and good timing.  Overall they were 9% over the league in OBP which has happened I think 18 other times,  9% or better.  Something like 7 times 10%.  This team is built to do that.  Zunino and Vogelbach need to be a part of it though.

Mike Cameron was also a legit MOTO force *that* year.

Still, your point is well taken.

I wasn't just calling down the stats though. :)  Cameron was a star if you accounted for his defense, and in 2001 (and to a lesser extent 2000) he was a minor star offensively.  But I wouldn't put his presence in the line-up on a par with Kyle Seager, e.g.

...Doc was stingy with his offensive assessment.  The Mariners scored 75 runs in 14 days without Segura and without Cano/Cruz/Seager hitting up to their potential yet.

How many runs might they score per game when those things are fixed???

Yeah. What that lineup can be? Yeah.

Haniger's Month that marks his SSI Best Bets as PAID.

Mitch the Man has already scored 19 runs and driven in 16 RBI and April isn't even over. He's also only 26. Thus, he joins the following ROTO SUPER STUDS who have racked up those counting stats in the MLB "month" of MAR/APR since 2010 at age-26 or younger.

Just 15 qualifying player seasons opened the year this way. Not a lot of flukes there, either. And the italicized names scored exactly 19 runs in MAR/APR, so with his next run scored Maniger will join the exclusive 20/16 club whose members are Kemp/Longoria/J-Up/Trout/Goldy/Arenado/Machado/Harper and Our. Man. Mitch.

----
BTW, I've previously gone by "K" and "Phoenix guy" in these forums, but KLAT ate my passwords, so I'm now on with a user name reflecting my twitter handle (follow me at @TheSuburbsGuy).

I really, REALLY hope Servais follows through on the idea of using Edwin in high leverage situations like Andrew Miller. If you're going to cut guys in April for not performing and reward benchies that hit, then kick the idea of "closer" out to the curb while you're at it.

where was that reported?

it would be a fascinating thing to watch.

Read this on Rotoworld Matt

is their listed source...And there's a full article there: