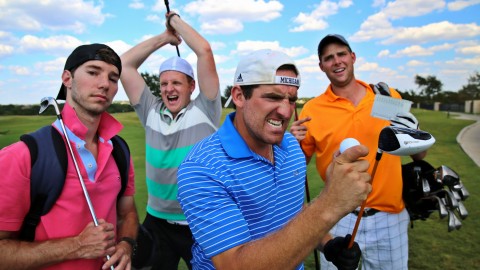 1.  The M's had come out on top in their last 7 one-run games, did the TV say?  All good things must come to an end.  Including a retread bullpen and a long string with zero-plus ERA's.

The M's were 0-for-their-first-9 with runners in scoring position.  The Angels played okay, but SSI was left feeling we were beaten by "the game of inches" more than by the other team.

2.  Karns lacked his good fastball command, and pitched behind quite a bit.  Still, the two-pitch repertoire (only 4 changeups all night) took him into the 4th with a no-hitter.  It seemed like his "B" game out there, but still he was a couple of bullpen pitches away from a 1-ER game and a 4-1 record on the season.  He got 13 swings and misses, too.

The M's are 5-2 in his games, which is less than tragic when you are talking about your #5 starter.  If they get records of, say, 21-11 from Taijuan and Karns in the 4-5 slots, the stRangers are dead men walking.

Mel Stottlemyre said that he thinks the M's adjustments have added a couple of feet to Karns' fastball.  Notably, finishing more down onto the centerline rather than throwing across his body.  If so, that's another Facebook "Boost Post" for Karns' page.  He's climbed to 92.9 MPH average, just behind Pineda and Moore, just ahead of Kershaw and Sale.

3.  The Rangers didn't botch a victory; they just melted away quietly before the confusion that is R.A. Dickey's knuckler.  They scraped up 3 hits and a walk :  an infield hit to the pitcher (HA!), a "fliner" to the outfield, and Adrian Beltre's clean single.  In the bottom half of the innings, there was a pleasing series of late-round shots to the solar plexus.  Troy Tulowitzki manufactured a run to put the Jays up in the 6th ... Sam Dyson wild-pitched in Barney to double the Jays' lead in the 7th ... Edwin Encarnacion took The Bartender deep to start a 3-run celebration rally in the 8th.

4.  Chris Iannetta used a 45-degree-angle squat to blow away Chris Calhoun at second base.  Personally I hadn't noticed a catcher use this "throwing stance" to catch throughout an AB, had you?  I must be obtuse.  Iannetta later hit an important homer and is swiftly becoming my wife's favorite player.

5.  Peralta and Cishek have been pitching over their heads, it sez here.  Great.  Ride along on the gravy train with biscuit wheels while it lasts, but get those Firemen(TM) ready to go.

Including Edwin Diaz.  Look, you say time in AAA first.  Dr. D says, why?  Take that same 30 days and let him sit in Safeco, throwing completely unimportant innings and getting his sea legs under him.  That will do miles more to prepare him for 2nd-half carnage than will time in AAA.

6.  Nori Aoki hasn't had the hits fall in against LHP, which is usually a reflexes issue for aging batters.  But Aoki looks just as quick to me.  As with Lind, sometimes there's just no explaining an off year (or month).  You remember we brought Kendrys Morales in and he batted a weak .207 for us.  The very next season, he hit .290/.365/.485 with 106 RBI as the cleanup hitter for a World Champion.  No rhyme or reason.

That said, there's no reason not to divvy up playing time.  It's just one loss, but the M's do have adjustments they can make to roles.

7.  With the bases drunk, Marte RH (TM) loaded up and rocked a deep one way out to the OTHER power alley.  Truncated followthrough, superb Ki and all the trimmings.  The icing on the cake was that he motored around the bases to 3B standing up - with one out.  For the insurance run.  Cano and Cruz had little interest in pushing it across, though.  The M's were just flat-out sloppy.  No fruit cup for them.

8.  Joules Chacin vs WBC-san.  Chacin is throwing well by his own standards, but he's still the Angels' #7 or so starter.  Among 205 ranked starting pitchers, he sits #162.  Good baseball number.  You could play a season's worth of games, deploying single pitchers better than him, and Chacin would get the start in front of 9,812 before everybody went home for the winter.

Iwakuma's #39 now having started the year #35, meaning that in tomorrow's #36 game he's starting right where he would be in a 162-Game Starting Pitchers line.  1 Kershaw, 2 Arietta, 3 Scherzer ... 36 Verlander, 37 Porcello, 38 Tillman, then Hisashi.  Then you'd have to run Snake Highway to get down to Chacin's slot.

Karns would be the 'ace' for both Oakland and the Angels, right?

(Is it really necessary to have our outfielders actually leaning against the wall in order to prevent a double getting over their heads?  The game was a tale of two parachutes--the one falling between Smith and Cano...and the one that fell off Trout's bat.  Oh well, never get overconfident...)

Wonder how many teams that would be true for

And another good catch on the OF depth amigo.  Came back to bite us, though that doesn't mean they were wrong before the fact.  Ya, on the TV they were marvelling at how deep Leonydas was, and it's got to be embarrassing to have the parachute fall in.  We trust the players will take it in stride.