Skip to main content
Postgame
M's 5, Pirates 2
Piracy not all it's cracked up to be, especially in Chicago and Seattle 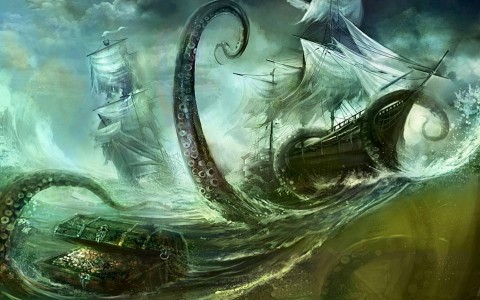 The M's have decided to give Wade LeBlanc at least one more start, which will displease exactly no one.  Even better, they've decided to let KKKarns work out the kinks in the Seattle clubhouse, using him in the bullpen.  Dr. D is excited as anybody to find out what this does for his velocity, and for his nasty habit to overthink things.  "A little bit of a breather" was the way Servais characterized it, so absolutely no complaints here.

The TNT quoted Servais, towards both the above issues, "It will probably be similar to what we did with Michael Montgomery earlier in the year," Servais said. "He can certainly take multiple innings.

"It’s a little different mentality coming out of the bullpen. You just trust your stuff and got right after them. You never know. The stuff might tick up. It did with Montgomery."

Four things that have been lost to posterity, things that your children will never see nor understand:

1) Local News Teasers. "The library cat got fired and is tearing his town apart.  We'll tell you more at 11."  2) Plagiarized "content mill" websites; if a college student spills the same mocha on their paper as Mark Zuckerburg did on his paper, the profs know it.  3) Slamming down telephones in rage.  4) Gaylord Perry applying thumbfuls of Vaseline to pitched baseballs in view of slow-motion F/X cameras.

5) And Starting Pitchers who are left in all year to go 8-21 without their managers having a clue what for.

Looked like he had his razor-sharp command right from the first inning .. well, about the middle of the first inning.  There were five distinct pitches in this movement chart:

From left to right:

He threw the slo-mo curve 14 times, 10 for strikes, with --- > only 1 put in play.  For an out.  He was vintage Iwakuma -- control one pitch, compete; two pitches, win; three pitches, implode your enemies' hull like a Kraken.  Kuma really did control at least five pitches and his effect on the Pirates' ship was decidedly remorseles.  "YOU WILL WATCH THISSSS!."

His ERA is still around 4.50, and deservedly so, but that's season-to-date.  Would expect this version of Iwakuma to be easily 3.50 the rest of the way.

On January 3, John and Jeremy Ulmen decided they were tired of finding places to retire their XMas trees.  Instead, they strapped 32 rockets to their tree and fired it aloft ... to land they cared not where.  Jerry DiPoto's bullpen candidates also arrive quickly and depart even more so.  The Benoit Countdown 9 ..8 ..7 ... has reached about what, two or three?

After Tuesday night, Diaz thrown 3 consecutive games where he danced with the 100 MPH devil in the pale moonlight:

Brooks had him for >98 MPH average and 101.6 tops.  The -11 MPH slider is thrown with very nice arm action and has more drop than it does gloveside run.  So, the strikeout count is at 21 K's in 11 games and 12+ innings.  Which gives us 14.9 strikeouts per nine; there are three guys in the bigs who are above the 12-13 strikeout level.  Diaz, Betances, Miller, and some other guy.

Considering you're never worried about Diaz having a wild outing, this is looking like a Chris Sale promotion.  "Who's that down there?  Why isn't he helping us?," as Ozzie put it.  JeDi SPOTTED the lad, gave him a nominal ten appearances out of the pen and one "soft landing" in Safeco.  Bang, he's in there protecting leads for us.

Not a fire-breathing monster in the 9th inning, and never was.  But he turned out to be the guy we wanted, the guy who saved 34 and 39 games for the Marlins.  His swing-and-miss bite is back and his SwStr% is way alltime high for him, 11.4% compared to being in the 9's as a closer in Florida.  He's got 18 saves and will probably get forty.

If the M's best relievers turn out to be Diaz, Montgomery and Karns, that's okay with me.  Have always preferred having my best guys spotted in the 7th and 8th to suit, and the "closer" coming into 2-run leads from the full windup.

Now +11.5 games ahead of us despite being, Base for Base, weaker than the Mariners.  Part of the reason the M's are hanging in at 38% postseason odds.

Dr. D owns several books by Tony Robbins.  This last week, he had 30+ seminar attendees injured when they walked on hot coals "to overcome their fear."  One man suffered severe burns and mused later, quote unquote, "In retrospect, jumping off would have been a fantastic idea."  Although Dr. D harangues you daily not to sweat Ryan Rua, be advised you are completely responsible for your own life, love and happiness.

The Aoki-less M's ran their keisters out to their correct positions in Safeco and have taken 3-of-4 from two NL teams that were supposed to have given us fits.  Even better, they've looked crisp doing it.

Batters with good to great OPS+ the last week:  Cano, Cruz, Seager, Dae-Ho Lee at 125-150 along with Franklin Gutierrez.  Leonydas, Iannetta, Lind and Iannetta at average-solid.  Get four or five starters throwing the ball well and you're going to get on a .667 streak ... well, other than Wade LeBlanc who plans on finishing the season 12-3 for us.  David Cone, eat your heart out.

Up next, Wade Miley ... Taijuan Walker .. and then Wade LeBlanc for six and Nate Karns for three.  More subplots to this baseball season than to a Dune sequel.

1) Was the Karns move more about fixing the bullpen than fixing him?

2) Anyone other than me still convinced the Astros finish ahead of the Rangers?

3) Does it make me a bad person because I REALLY miss slamming a phone down in anger?