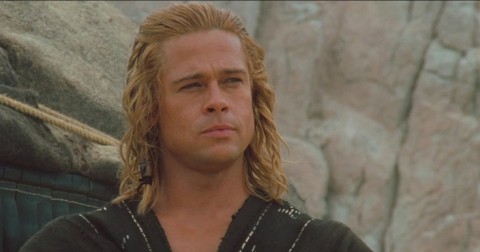 They said that the HR he hit in the third had an exit velocity of 105 MPH.  A line drive that carried almost 400 feet.   Kyle Seager hit 30 home runs last year and only +4 of them had exit velocities in excess of 105 MPH.

Motter was supposed to be a decent weapon against LHP's -- hence the Denizens' suggestion of giving Danny Valencia a day or two off.  But Motter's laser beam was hit off a right hand change slider.  Later his double was off a jam pitch, hands high, in off the plate for a ball.  He's got 5 hits:  four doubles and a home run.

Question:  have you EVER seen a backup shortstop swing this hard?  Give me a name.

His every swing, every throw, every base exudes total confidence.  I don't get it.  Jerry Dipoto called this shot, said (more politely) that Shawn O'Malley was in big trouble because of this kid, before Motter ever got here.  His EYE ratio in his first go-round in 2016, 0.55.  His BABIP kept him down, was all.  How could a kid look this good with Motter's minor league record being what it was?  Maybe there's some chance he's a late bloomer like Zobrist was?

Even if he turned out to be a lefty-mashing, 250-AB per year 7-gloves player, that would still be very unusual.

I think that's like 3-for-36 with 13 strikeouts, or something.  He has looked almost as bad as a pitcher and he has performed worse than one.  Yet Heredia sits on 3 AB's and neither has Motter played the OF.

Which makes 4 consecutive games the Mariners have scored 5-9 runs.  Ordinarily that's a 3-1 record, easily.  We got better hitters than last year's #2 offense.  We also got plenty in the rotation.  Gotta sort out the bullpen, gotta get some luck, and gotta do it before the club gives up.  -6 below .500 leaves a lot of work ta do.

Doc, Martin's performance is making Dyson (with his rocking 40-something OPS+) look like an Amos Otis or Cesar Cedeno.

Glad we have options.

Haniger's a lock, Dyson's what he is, Heredia needs opportunities, and Boog is finally back.

Boog needs some time to warm up, I'm certain. But nothing says Segura's return couldn't push Motter to the OF more of the time, and make one of these guys unnecessary should Boog eventually come on gangbusters. Let's spend a few games rotating Dyson/Heredia/Martin more evenly, but be willing to swap Gamel/Powell in if someone doesn't catch fire quickly here... I really don't see any reason for so much faith in the guys starting outside of RF at the moment.

This seems the precise reverse of the bullpen situation...