Skip to main content
Postgame
M's 4, A's 3
are we stalking the Tigers ... or the Rangers? 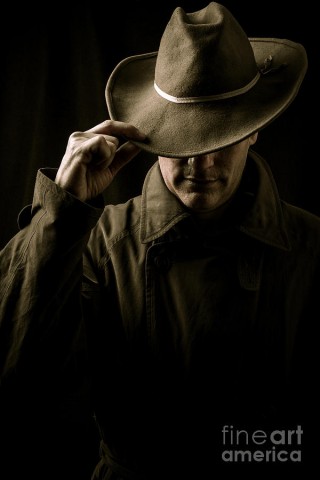 RBI #1:  Down 1 run, Nelson Cruz gets a hard 88 MPH cutter/slider on the black.  0-0 count, Pitcher's pitch.  Boomstick takes it to straightaway center, hard and far, over the fence.  That ain't cherrypicking; Kendall Graveman has been throwing very well, and he threw that pitch very well.  That's a "hard RBI," baby.

RBI #2:  Ketel Marte in scoring position, two out.  Graveman throws a 3-2 pitch at 93 MPH, exactly knee high, exactly on the outside corner.  Seth Smith laces it hard into left field for the game-winning "hard RBI."  Running on the pitch, Marte scores without a throw to put the Mariners' playoff chances at a mathematical 43%.  The M's are two behind Boston for the Wild Card, only six behind a dubious Rangers team with about 7-8 miles to go in a 26.2 mile marathon.

By the way ... Blowers immediately pointed out that this pitch was an example of why managers like to have some veterans in their lineups in pennant races.  Smith was flexible about the 3-2 pitch; he wasn't focusing on trying to execute, he was thinking with the pitcher and matching him in it.  Graveman wasn't going to be able to exploit greed with a 3-2 low away fastball.

The Founding Father today rightly points out that we can't detect the difference between Smith and O'Malley tomorrow, after we adjust for the OPS+ of each player.  But:  (1) what are the indirect effects on Graveman's confidence the rest of the game - does that show up in our measurements?  It does not.  There is no way to measure whether Smith's wonderful "veteran RBI" contributed to Robinson Cano's two-run shot on the at-bat following.  Or whether it contributed to the fact that the A's chests collapsed in the 8th and 9th innings the way they did.  Or whether any of it goes to the idea of second division teams having "letdowns" in their late-season performances.

And (2) that's part of what makes a hitter good or not.  What drives his OPS.

No, I agree in the main with the sabermetricians, that if you ever got a line on "veteran performance" it would turn out to be a perch rather than a mackerel.  But that doesn't mean Blowers' observation isn't true.

RBIs #3, #4:  Robinson Cano gets a pitch low and away, AGAIN right on the black, a fraction of the baseball peeking into the OOZ% zone.  Blowers has the quip of the day:  "425 feet is a whale of a line drive."  A playoff pitcher's pitch, but it didn't help Graveman.  He's not facing the 1979 Mariners here.

It's not fashionable to talk about pitcher wins.  We know, we know.  :: musberger, waterboy ::  But if we were going to talk about it ... Iwakuma's worst season ever is a really good one:

John Benson came up with the idea of judging pitchers by their worst year in the last four or five.  You can safely pay for a pitcher's worst year ... isn't that what Jerry DiPoto in fact did?  LOL.  Actually he paid pennies on the dollar against WBC-san's worst year.

In contrast to, say, Taijuan Walker or any other young pitcher finding his way ... Hisashi Iwakuma is a self-correcting algorithm.  I feel bad now about ever questioning his TOR status :- (

If he gets 7 decisions the rest of the way, he will go into the offseason about 3rd on this career winning percentage list.  Lot of Kershaws, Prices, and Scherzers on that list.

Yes, LrKrBoi29, we know.  Winning percentage is for schmucks.  But supposing we told you Tom Wilhelmsen was going into the rotation next week and was going to run a 61-32 record as a Mariner?  It's like if Biff Tanner's almanac told you that Mike Zunino was going to get 161 RBI next year?  There would be a few things you could conclude from the info.  Classic stats are so overrated that they're underrated.

The Klat amigos are working frantically to accomplish two tasks:  (1) write original and consequent programming code, to advance the internet, and (2) to keep the SSI (and other Klat) denizens happy.  The priority mix is about 53-47%.

As far as they know, there is no security risk; the odd Shout Box transpositions seem to be data glitches and display errors.  Just the same, the system may be unstable for a week or something.  If you prefer to comment (or simply read) as Guests, do so with our blessing.

And thanks for the patience.  You recall Detect-O-Vision cost more than SSI does, had more glitches than SSI does, had of course fewer features ... you'll notice you're annoyed when you can't use the Shout Box.  :- )  And frankly SSI provides the incentive for Dr. D to keep loud, obnoxious megaphone in hand.  Take the good with the bad ...

In the meantime, don't forget my second site, https://drdetectovision.wordpress.com.  At which there is a fresh post, Three Hard Saves.  Chat there is bare-bones WordPress, but over the next week that might be your preference.

< Previous post
Week 1 is in the books
Next Post >
Jimmy Graham is back
Blog:
Postgame
Tags:
Robinson Cano

Off track for a second

And, back on track, my goodness I love to watch Kuma pitch.

Of the 13 positional guys on the 25-Man, Servais has figured out how to use them all in helpful ways, hasn't he.

Is intriguing to me. There's no guarantee that Vogelbach is healthy and playing well all year. How about him and Cruz both increasing their versatility with work at 1b?  If you start the year with a re-signed Lee and Vogue on the roster, the versatility seems harder to use but things happen.  After trading for Vogue, the need and likelihood of signing Lee does seem lessened.

Miller...Well, Marte is still better with the glove and it's easy to blame some of the hitting/ running difference on health issues. The problem right now is that Powell and Karns are both not playing.  If we get what we think we can from them then I won't care as much about what Miller is doing.

The O'Malley tidbit reminds me of something I've been thinking.  He's been referred to a bit as Bloomquist light but it's seeming like he could be Bloomquist heavy.  I typed that before the game today but just keep seeing more.  The speed and defense are comparable but he's walking and slugging more even if you compare the same ages.  Bloomquist was drafted older and debuted younger (overall almost 5 years less in MiL) With slightly better MiL stats (in a hitting heavier era) so it's hard to say he's going to be better for years.  It's just looking that way so far in MLB.