Skip to main content
Postgame
M's 3, Red Sox 1
Now is the time for all good men to come to the aid of ... their fire dance 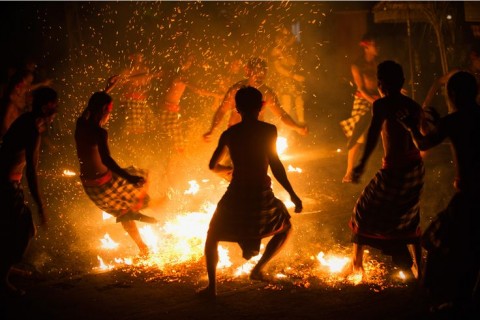 Turned on the game a few innings in, and first pitch we zero'ed in on ... Iwakuma shook Zunino off three (3) times.  That's saying a whale of a lot, that Zuumball's first three guesses (as a hitter) would have been way wrong.  2-2 pitch to a lefty:

Then it happened again, and again, and again.  The next guy, Kuma whip-sawed ladder fastballs and finished with a change curve, low and slow, baby.  A third guy in, Kuma buried him with a stinging little 90 paintball into a teacup.  Just when you're expecting exotic Kung Fu, that's when he switches back to a street head butt.

How is it even possible for 3 guesses per pitch to be wrong?  But if ZUUMBALL is confused, it's rather possible that other American baseball players are confused, too.

Here's to the possibility that 'Kuma has said "ah, forget this" and has decided to call his own game from here on out.  And if THAT's true, he might be more comfortable with 50 shakeoffs of the kid catcher than trying to shake off the grizzled vet who chews nails.

Wednesday was nervy enough that we've all got to watch, a little bit, his next two outings.  To rule out the concern that he'll be too amp'ed up closing.

But assuming he'll be fine -- and Dr. D does assume that -- then it could be that pitching the 9th will add ANOTHER shot of juice to his electricity.  How many closers have you heard, get hit in the 7th or in spring training at -2 MPH, and complain "the manager just doesn't understand.  It's different when you have the adrenaline of the ninth."

Fill in your own pie chart percentage chances for the above.  Dr. D fancies the HI.

Hit an 88-MPH fastball straight up the middle to click off the facade ... of the Space Needle.  Not for the first time did Dr. D wonder about Zunino's slider-speed bat.

In America that's a term of contempt, "slider-speed bat."  Like saying Nick Foles is soft.  But in Japan and Cuba I bet you it doesn't carry that connotation.  Okay, that's one skill you lack, as Brandon Browner lacks burst and footspeed.  But let's forget about what he can't do, and ask what he CAN do?

That would be a sophisticated platoon, this year and next:

This is assuming that Dr. D's impression - impression, only - was correct about Zunino and threatening velocity.  If it's true, you can be sure that Scott Servais is already doing it ...

ONE WINNING STREAK AWAY

Can't trade baskets forever when you're down 12 points.  That August run, that's their chance.

This factor always gets undersold.  Usually when the fanz go, "Wow!  Taijuan's in quite a rhythm now!  Guess he cowboy'ed up!" you'll look and notice he's been throwing against the A's and Angels, not the Cubs and Red Sox.  Which, there's nothing wrong with that.  The Red Sox tend to hit less well against James Paxton, too.  That's sports.

Blowers mentioned this on TV last night. Diaz pitched in four of the last five games and warmed up in the game he didn't pitch. He threw 21 pitches Saturday, 21 Sunday, 17 Tuesday and 17 more Wednesday. That's a lot of usage for a young arm in high leverage situations. I was shocked he brought him in in a 3-0 game last night. He could have thrown almost anybody else. To me, that looks like a manager who's afraid to be second-guessed by not using his closer.

Let's not kill the kid just yet.

When he could have used him he wasn't available.

As a former catcher I can say that the pitchers and I would get in a rhythm and what I called, they would throw, because it was the right pitch. Lol.

But, knowing that to be the case, I'd throw down the "hang loose" sign- which was our shakeoff sign- a time or two before giving my actual sign.

Keeps the hitter on their toes.

Now that was legion ball, this is MLB, so I'm not saying that's what's going on in Zunino's starts with Paxton and Kuma. Buuuuut I'd be curious to see what the center field camera has to say about it...

Despite the shaking off of signs, the pitcher/catcher relationship doesn't seem to be strained or lacking at all.

On the contrary. These guys have come in with a plan and executed.

So, based on that, along the results (proof is in the pudding), my best guess would be, "It's premeditated Partna". Zunino's firing off a couple blanks to get in hitters head. And they're running off the field while we're scratching our heads about how Iwakuma just snuck a 90mph fastball past the hitter.