Skip to main content
Postgame
M's 3, A's 6
jemanji is never quite sure in which direction SSI is deluded 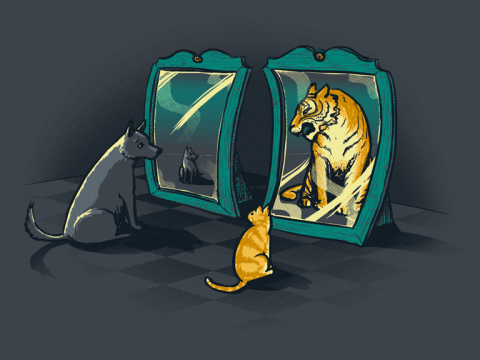 First inning?, SSI was pleasantly surprised -- despite the three runs and the (seemingly) 5 missile shots off Weiland.  Is 'cause he has one of the few 75 MPH yellow hammers that plays in the major leagues.  It's got an Aaron Sele break to it, LEFT handers swing through it, and often he can spot it to either side of the plate.

He's got an interesting overhand angle on the 90-92 fastball, so if he could locate like Sele or Blyleven, he could put together a game kind of in their template.   That was the way with Joe Blanton, and Blanton was nothing to sneeze at.  As an org #8-9 starter, Joe Blanton made a pretty good 3-4 starter for several years there.

The "changeup," however, was tragic.  It's only about -5 off his fastball, it "cuts" into the middle of the plate right onto the barrels of RH bats, and a good 30%, 40%, 50% of the time he left it belt high.  That is literally a batting practice pitch, 85 center cut.  I mean, you tell me just exactly what would be a worse pitch.  Hang it on a string from a boom stand?

The "changeup" is way too dangerous to even attempt, unless of course he is capable of "showing" it and make blamed sure it drops below the knees.  Then and only then he'd have a shot to be Aaron Sele plus a sucker-type third pitch.  (Which, can you imagine Aaron Sele plus two feet, and with a tease shin-banger split?).  Honestly, if I never see another belt-high, overhand, Joe Weiland "changeup" the rest of my life, it will be too soon.  I mean it in a good way.

As a few people noted after the game, the 2nd-5th innings showed real skill.  It was not just a flurry of ground balls that hit infielders.  Taking the name of Sele in vain again ... that dude used to be very, very careful with where he left his fastball.  He'd go seven, eight innings and never once hang a fatball out and over.  When Weiland did such, he got nervous pokey swings, strikeouts, and ground balls.  'course, a lot of pitchers look like 20-game winners when they're in synch.  Better than looking like you're still just getting lucky, right?

At any rate, Jerry DiPoto liked Weiland before the game and Scott Servais liked him after it.  Dr's R/X would be for:

But it was interesting.  This particular Mariner coaching staff honestly seems to be better at what they do than bloggers are, so maybe they'll Sele him up and send him back out there.  :: wink ::

...in the first innings, I said I was not impressed because his curve and change-up were centered and he used those two pitches a combined 60% of the time.  YEESH.  But innings 2-5, he did remind me of Joe Blanton or Brandon McCarthy (the groundball/HR pitcher).  I still would rather see Karns get healthy. :\

He didn't walk a guy.  Not one.  He's averaged 2 a game in his MiLB career.  Was at 3 for his limited MLB innings prior to last night.

He has to nibble and he has to be willing to walk guys as the situation demands.  He was hot for a month befopre the call up.  Did we "fix" him in Tacoma (or he just figured out his stuff finally) or have we caught him in a smoke and mirrors hot streak?

Blanton was a pretty good pitcher for a while.  Miley from the right side....or something like that.  By this point in his career (or the end of the summer after he turned 26) Blanton was 42-34 as a MLB starter and had taken the hill in 98 games in the previous three years.  It took him 3 years to become a MLB  starter, after being a 1st round pick   Weiland actually made the bigs in 4 years, after being picked out of HS, but in the 4 years since hasn't managed to hang on.

When he was 31 Blanton suddently became a great control guy.  He was a 3 BB guy before that (minus his cruise missile sophomore season) then "figured out" how to hit the black, evidently.  Weiland = Blanton would be pretty ducky.

I suppose my worry is this:  What does he look like in his next start when he walks 3 guys in 5.2?  Do the 3 walks take away 2 hits (as he doesn't center stuff) or does he still get roped a bit?

If we miss the WC by one game because* of two dismal starts from this guy, do we look back and cry in unison, "Why or why oh Weiland?"

*Not really "because" but you get my drift.

Doc - SabrMatt and I both had shout box messages changed last night after we posted them. I tried to report it to Klat but the "Contact Us" form will not submit.

I've changed my email/password but I will not be logging into the site again until I see some explanation. Do you have a security issue? Does someone have access to our accounts/passwords?

Obviously Klat doesn't want any concerns on that score.  Will forward and let you know ASAP.  - Jeff