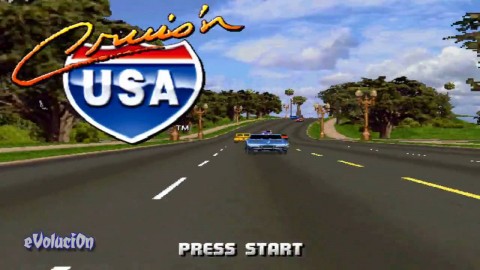 Big time, big money, big TV sports have progressed.  The majors are now packed with dazzling talent.  Nobody knows whether Ken Griffey Jr. had more talent than Willie Mays, but you can be sure that a decent player like Adam Lind than a decent player like Willard Marshall did two generations ago.

That ball that spun madly out of control, that he had to bare-hand as a reflex action ... on TV the ball looked like medium velocity.  We can assure you that at field level it had some hair on it.  It took a boxer's reflexes for Lind to get his hand to it.

But!  How does the spin on that ball not take it out of Lind's hand?  Does anybody have any suggestions on that?

Personally I thought that his changeup / dry spitter had the spit back on it.  He threw it with impunity, drawing whiff after whiff even when the Angels seemed to be looking for it.  And this gave Felix back his royal swagger.  He was back to architecture on his pitch sequences.

Also, he used the overhand yakker a ton, which creates separation in velocity.  The result?  He got back some real dominance.

Dr's prognosis is for sunny skies and brisk winds.  From the hitters' swings, that is.

Calhoun made a nice play, and it's always dramatic to see a ball taken out of the seats.  But the same catch in the gap is fairly routine, and I thought there was a little hot dog with mustard at the finish.

Point is, the M's out-hit the Angels 9-4 and that is not including Seager's mortar shot, which became an out.  The M's played into bad luck tonight and still won.  That's when you feel like you are overpowering your opponents, winning by force.  The M's are now 9-1 into our goal of 15-8 against weak opposition in August.  The result:  they're the next place Wild Card team, already.

THE FUTURE'S SO BRIGHT I GOTTA WEAR SHADES, Dept.

It's cool to imagine what the M's could do in a stretch with their batters hitting 115, and with Paxton and Taijuan back.  Statistically they've been in cruise mode.

Three or four games into Diaz' promotion, we were a bit puzzled as to whether we had a 100 MPH reliever or a 95 MPH reliever who threw blizzards of strikes.  Guess we know how that one turned out.  Best 'a both worlds.

The starting rotation has been average-solid, with plenty of room for improvement there too.  It is the bullpen straw has stirred the drink.  And the bullpen dominoes have fallen into position after a single major change.

You could make a pretty good argument that Edwin Diaz is the (effective) MVP of this team.  And don't forget to thank Jerry DiPoto, who conjured this spell effect out of thin air.  Credit where credit's due.

Bill James' latest article is a brilliant little piece demonstrating that since 2011, when the Cy Young ballots went to 5 names rather than 3, relief pitchers disappeared from voting almost entirely.  Baseball writers use four slots to write in starting pitchers for WAR, ERA, and strikeouts, and they save one down-ballot slot for a nominal relief pitcher.  It is now impossible for a reliever to win the Cy Young, much less the MVP.

As baseball writers value elite relievers less and less (perhaps because of an overreliance on WAR?), General Managers value them more and more.  Having watched Seattle baseball the last month, where are you on the issue?  Would you rather lose Nelson Cruz to injury tomorrow, or Edwin Diaz?

Your point about the M's

Your point about the M's winning streak coinciding with a period when the offense was sputtering is well taken. Postponement of the Paxton start is a blow, but if there was one stretch of the schedule when Seattle could afford less than stellar starting pitching, this is it-- so long as the bullpen keeps doin' what it's doin'.

It's a testament to this year's team that they've pulled me more and more towards the "believin'" side than I have been in many years. The crushing disappointment of September 2009 followed by the rest of the desert-like Zduriencik years left it's mark on me. I prepare myself to be disappointed, so I don't get my hopes up too much. But this team has something. It could still lead to disappointment in the end, but it could also lead to stunning success -- IF -- we can get our starters healthy and pitching well by the time we start facing tough teams again.

I just noticed that as of

I just noticed that as of Monday night's win the M's have caught up with Pythag.

will do that for you. Zych, Scribner, and Cishek are on the rehab trail. If they come through unlike Furbush (wish him a healthy recovery from his surgery), any thoughts on bullpen construction? Karns is eligible to come back from DL, but haven't heard a word...

1) totally agree--Lind's play was much better than Calhoun's

2) I love the constant churn of Dipoto.  But in retrospect, would we still have made the Montgomery and Miley trades?  (And mea culpa--I was yelling, 'sell, sell!')

3) I played the arcade version of Cruisin USA so much that I had to forcabily restrain myself from sideswiping other cars when I actually got out on the road.

I still would have done the Montgomery trade, because hopefully Vogelbach can hit. And the bullpen has suddenly become a Force to be reckoned with (insert swelmet) of guys that should be around awhile. The Miley trade I am still baffled how DiPoto was able to get anything back in return for the guy. If the word on the streets is that Miley shuns DiPoto's scouting reports while posting a 5.38 ERA around the second half, the guy just had to go. I would have been thrilled just to get the $10 million in salary relief (remaining '16 and 2017 salaries) which they in theory would be reinvested by acquiring talent for next season rather than pocketing it... But, as an M's fan, that feels like it would be expecting a little too much, doesn't it..

The churn rate has been fantastic. With a notable exception. Despite a ~.650ish OPS since the break, Aoki's still getting the lions share of the LF playing time. That OPS includes vs. lefties and righties, so... I'm at a point where I don't care how the replacement does. I just want the replacement because we already know how bad Aoki is.

Aoki is 28th of 29 in OPS for left fielders with over 300 plate appearances. There are 4 guys grouped together in the "really bad" group (far below .700). Aoki, Colby Rasmus, Justin Upton, and Alex Gordon. Contract-wise, at least the Mariners are the lucky ones. But Aoki sure can't hit much for a left fielder.

Aoki's "great" catch on Monday night was only great because it was Aoki making it. He has a way of making plays look much less routine than they are.