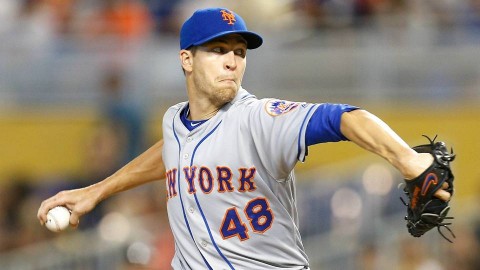 Dr. D wouldn't know how to watch a game on computer even if he wanted to, so he didn't actually see what happened any more than you did.  On the other hand, most of us would rather read about a win than to watch a loss, so ...

Segura knocked in Heredia with this bouncer up the middle and ran the M's record to 14-29, or 15-29, or something sick, when getting locked down to 3 runs or less.  How does an average pitching staff accomplish such a thing, you may ax?  (The M's ERA+ is a mere 102.)

The answer is in the old saw "There are lies, there are cursed lies, and then there are statistics."  Baseball stats don't lie when they same something simple about some one player, like, "Edwin Diaz has 85 strikeouts in 51 innings."  At least, not now that we [mostly] know how to use baseball stats.  But they still lie more and more, the more moving parts are attached, such as in team stats.

Time to face facts, which is that this is a PLAYOFF pitching staff with its mojo concentrated in its 5-6 best pitchers; Felix and Nicasio run ERA+ in the 70's, and a long string of Rainiers clock in at the 50's (Rumbelow, Scrabble, Erasmo, Lawrence, Cook, Morin, and others).  In 2001 it was the opposite.  Lou had a dozen capable pitchers, none of whom were Mike Mussina or El Duque.  This is the real secret to the way the M's have exceeded their RD; they are 37-23 in starts by their lefties and 45/46 in appearances by Diaz.

Oh, this one was one by LEAKE and the bullpen?  Well, Mike Leake is a really good #4 starting pitcher; he chips in.  Yesterday was a pretty heavy chip.  But still you have the old formula, grab a lead anywhere past the 5th and we can bust out the Red Aeurbach cigars ...

Some people are fretting about how much Edwin Diaz is being used.  Not Scott Servais:

Revert to the old line about lies and statistics.  Sure, Diaz is on pace to throw in 80 games, but ... the same article concedes he's throwing only 16.4 pitches per outing (!!) and only twice has he had to get four outs.  It ain't like you're using James Paxton in 80 games, brother.

The same article manfully concedes that many young relievers have gone 80 games and gone on to long, successful careers, such as K-Rod and about 99 others.

They get him up once, he gets hot, he comes in the game, he throws 12 pitches, and takes a shower.  He's getting stronger as the season goes on.  I don't see the problem.

The pesky rodent Orcs slip by Texas 6-5 and go to 60-43, still only -1.5 games back.  Bah humbug.  But like we sez, they're coming up on a streak in which they take not only fewer than 23 wins out of 30, but also one in which they take fewer than 4 games out of 13.  When THAT day comes, I shall dance the futterwacken with vigor.

If you are interested in supporting SSI and D-O-V,  you may wish to check out Dr. D’s fundraising shtick.  Or if you know you’re ready to join the Ownership Committee, here’s a direct link to the sponsorship page.  Muchas gracias very much.  We're only a whisker away from our "extra" D-O-V article each week!

At MLB.com Mike Petriello has got an entertaining article on trade deadline targets.  Needless to say! he’s got one schlub going to the Mariners, but it’s a good rundown of the (hitting) names that are out there.