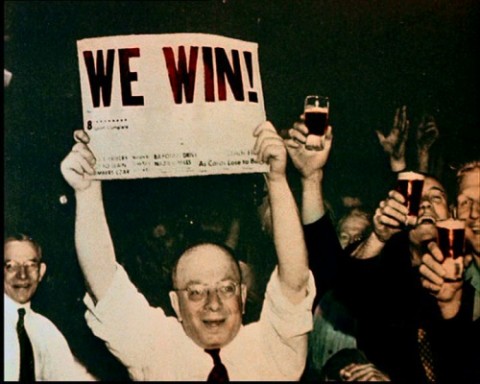 Haniger's "single" would have been a 3-run shot if it had gone how much farther?  The width of a baseball?  And there were half-a-dozen moments like that.  The M's won anyway.  It is the mark of a "loaded" roster that you can have everything go wrong and still win.

Silentpadna wondered why the M's often start slow.  It's a perpetual doom plotline that the other team's advance scouting, its "Book," always has them a step ahead of us.  Right now the M's are frantically down in the cage trying to figure out the antidote to the outside-slider poison that EVERYBODY is applying to the bottom of the M's lineup.

Taylor Motter had me a little alarmed yesterday.  He took a couple of amateurish swings at RH sliders in the same AB.

There could be something about Control the Zone that puts hitters into a passive frame of mind and then the hesitancy -- the indecision -- is amplifed with the tempting slider-speed sucker pitches.  Or not.

In some inning last night, 2 men got on 0 out ---- > and then Motter, Valencia, and Zunino went down like sacks of potatoes to decent RH sliders and decent heat.  It was as embarrassing as the 1997 bullpen.

Valencia/Vogelbach, as a pair, looked like an interesting gamble, given our 4 stars ahead of the first basemen.  Valencia alone -- as the "number one target" of the offseason -- is not looking like that.  Not at all.  SSI Denizens have been talking about desperate 1B platoons like Motter and Gamel.  After last night's embarrassment Dr. D is beginning to wonder if they don't have a point.

Took pitches, got pitches, let them travel, smacked them to RF with gusto.  Those didn't fall in yesterday, but.  Had a great bunt single.  (Shouldn'ta tagged up on that Haniger HR; he was so slow to 2B that the umps ruled Haniger's blast a single.)

So in order to compensate for Segura's hamstring injury they had to throw Fry overboard.  Tried to slip him through and failed.  Not well thought out, but that's the problem with maxxing out the 40-man with spaghetti, none of which you are willing to part with and yet somehow none of which can cover for your 2nd-week injury.

That's what happens to Dr. D in rotoball, exactly.  (1) You draft a Stars & Scrubs roster.  (2) You have tons of flexibility on the waiver wire / trade grapevine.  (3) You jump on lots of "value" and chuckle all the way to the Talent Pyramid bank.

(4) You forget to back up your shortstop.

And stuff like that.  You're so gleefully fixated on banking the talent jack that you are weak in configuration, and you're always "wasting" talent by having to flush it to make room for the next upgrade.

Solution:  5-for-1 trades.  As with Adam Lind and Drew Smyly (well, y'know).  The smart alecks in their mom's basement, such as Dr. D, will blog that you "lost" the 5-for-1.  Even as you ride waving to the crowd in the parade they'll blog that.  Look at Kansas City.

Valencia and Martin, both, in the lineup tonight, vR.

I would sit 'em both for the game.  Give Heredia two games in a row, to find a rhythm.

That one is a jagged pill to swallow

Usually take things in stride.  But this one is aggravating.  Agreed.

5-for-1 trades are tough in fantasy.

Considerably less so in reality. But then again, in reality the top of the talent pyramid is just that - the top - and all the spare pieces don't go back for a swim into the FA pool. Even the '40-man' bench is considerably longer than my classic roto bench - what was it that we had in that 20-team SportSpot league, 22 spots + 2 DL? - but once again, having the right MiLB talent sewn up is just such a bigger part of the equation in real life.

Now, you get a guy like JeDi who seems to truly be able to stack the deck... to ID the fringe guys with the best bets to jump up to regular status... yeah, he might have to play fast and tight with the 40 man to take full advantage of everything he can put together. But that's also the best scenario I can envision for actually being able to roll those 5-for-1s out there and get a guy you normally couldn't afford to add mid-push.

I'm interested... very interested... to see what a trade deadline would look like for the M's with a competetive team, and a 40-man stuffed full of guys beyond what we can practically use at one time.