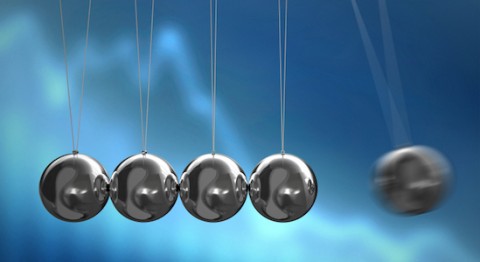 Supposing we were playing Ping-Pong, you and I, and you were serving forehand/backhand to me, with the following results:

Suppose further that I was standing with my left foot forward, paddle drawn back behind me, taking a stance that couldn't do anything except return forehand if my life depended on it.  What do you think you'd do?  You got it.  You'd keep serving them all riiiigghhhhht onto my forehand paddle.  Hey, just refine your forehand command a little bit and you'll be right there!

That's what Paxton did:  he threw 65 fastballs, 44 strikes, 20 balls hit in play, 11 of them safely.  Versus 39 offspeed pitches, not a single one hit into play safely.

This was true last time too:  7-of-11 fastballs in play were base hits, and effectively nothing hit for production off his foshball, changeup, or knuckle curve.  What is happening is that the enemies, scared spitless, are standing there with ossified legs and taking arm swings at 97 fastballs to chip them into right field.

There are eleventy-thousand ways to counter this, and let us hope the Mariners select one of them for Paxton's next outing.  When your fastball is inflicting THAT kind of Shock-and-Awe, you oughta be able to figure out some way to take advantage.  Paxton As Is, that's fun enough, but there's no excuse for leaving these pesky rodent offenses alive.  They can give you a nasty case of tetanus in their death throes.

Look, if you really want my chi so bad ... try three offspeed pitches and then here it is.  Four inches above the zone.  I thought in the major leagues, it was impossible to succeed by being dumb.  The Orioles sure did, though.

Edit to add, they showed Paxton on the postgame ... "I need to remember to throw some high fastballs so they can't kind of lock in down there" and "they were kind of playing pepper with two strikes, just put the bat on the ball and shoot it through the infield; I need to combat that" ...

Who knows.  Maybe some day we'll have a pitcha.

Four more hits tonight.  Subject to rampant Chicago Cubs speculation, if only on Your Fave Website.  It's maybe not so far-fetched; you get Dae-Ho Lee fulltime, you get that Cuban outfielder up and you get whatever the Cubbies give you.

Jason Churchill has a good piece up asserting that Zunino's big "adjustment" is just not to get out on the front foot.  This makes sense, both in the abstract and in Zunino's specific case.  Play a game of Wii baseball :- ) and you'll see how easy it is to get "flinchy" against heat and change speed.  Taking that flinch out, it's great, but it's not physically observable.

In the Shout Box, which see, we thought that Zunino's reactions were unhurried.  That is, his reactions other than taking off out of the box helter-skelter to run out his home runs.

Well, in fairness, his followthrough did look a little truncated; he was sort of the anti-Dae-Ho as far as staying up through the middle long after the ball was gone.  Which can't hurt any when you're trying to attend to strikeout rate?

We took a vote as to whether anybody had seen Chris Iannetta on the top step for the second homer.  I think Iannetta lost that one.  Kangaroo Court, dude.

It's interesting because going into ... that is, before ... Saturday night's deluge, the hot bats had been the 2-6 hitters.  Seth Smith, Robinson Cano, Nelson Cruz, Kyle Seager, and Dae-Ho Lee (with Franklin Gutierrez) had the OPS+ from 138 to 229 this past week.  I got yer synergy right here, baby.

With Lind's 2 homers and double on Saturday, he's sure to be in Sunday morning's listings.  Since May 8, his slugging average had been about .525 and now it will be closer to .550 which is fine since it was only ever .480 when he mashed for the Jays and Brew.

Great comment about Ianetta!  I actually thought about it as Zunino rounded the bases the 2nd time; were I Ianetta, I think I would have been standing on the top step, waving the "We are not worthy" white towel.  At least I would have looked just right.  The job is still his. Pending, I suppose.

Would you start Zunino today?  I think you've got to.  Ianetta's a pro, He'll get that.

Does Zunino look like he's a little lighter in the loafers, or did the old unis make him look fat?  I think maybe he pulled a Montero or signed up for 30-10.  He's always been a big guy, but he now appears more athletic.  That really helps on the HR trot.

The high heat was definitely missing

KPax was channeling his inner Detecto with that post game comment. There was no working up the ladder last night. 99 mph in and at the knees is effective, maybe. It certainly is impressive. But it seems to me the average moe on the street has a better chance at hitting low heat than high heat.