Skip to main content
Postgame
.... Mariners 7
when you google "Sudden," you get back this 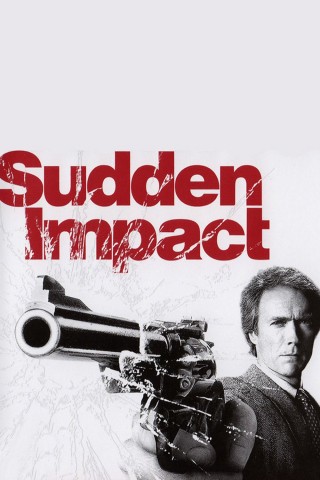 No, as Mojo and probably a plurality of SSI'ers can tell you, the .44 Mag isn't the most powerful handgun in the world.  But when it's photographed to look like an artillery piece, you stop asking questions.  At least he got the 629 model number and the non-stainless right.  The far more virtuous photography was of his size-42 blazer with no bulge.  Personally I like to go with 629's on the ankle, don't you Moj

Well, maybe one question.  Can any of YOU mooks hold a 2" group with 180-grain max loads and keep it from kicking over your head?  Clint oversold but didn't precisely overdeliver. Hope to never suffer the impact of a 180-grainer or that of a James Paxton #1.

Back in the day I could hold an inch or three with wadcutters.  Harder when you're old and decrepit, but 2" isn't necessary if a dubious and backlit individual is charging up the stairs at you.

And let's face it, aren't H&H ballistics the real reason you can't keep your mitts off SSI.

I wasn't gonna.  I wasn't gonna.  But the MLB.com headline is, "Mariners stretch AL West lead."  On June 6.  So, if you're an M's fan, it is decidedly a "No Cheering In the Press Box" bit of pretense to walk around it like an uncurbed pet had been here first.

It's the year of Assyrian Execution By Pike so naturally there have got to be some 'ave nots painted into the background for the four great teams and the Trout/Ohtani's.  These include Balmer at 18-41 and Toronto, VERY recently over .500, at 26-34.

In Feb, a beat writer accused JeDi of making 500 trades to maintain a 500 team and his meek response was, "we weren't .500."  He knew, but couldn't say, neither are they .500 now.  If some Denizen doesn't do it, we'll line up all the 3-6 year club controls players in a table and sit back in your seat, it's a long table. Long enough, in fact, for this year's draft to be quite important.  If Gordon does one of his famed top-10s we'll of course iso it for a day at both SSI and DOV.  Possible Zeus exceptions notwithstanding :- )

JeDI believed he could trade his way into a young, fascinating team.  I was skeptical.  Not scoffical, but moderately skeptical.  With this Zeus game, he has already doled out enough baseball joy to have earned his keep in my book.

Importantly, injuries are totally covered in the OF.  Haniger isn't ideal defensively, but is he intolerable?  Hold on' to your lug nuts, it's tiiiiime fer an overhaul.  Haniger is +7 plays above average in 225 career innings, or 25 full games.  That's not a lot of games, but I don't notice that a lot of intolerable CF's are +7 plays in any data set.

FIRST INNING OFF DALLAS KEUCHEL, HE OF THE .209 LIFETIME AVG VS SEATTLE

1 Dee Gordon:  crisp grounder over 2nd, Jose Altuve of all people had to mad-rush it, scattered the bench (Gordon 70-80 SPD)

3 Mitch Haniger hits a medium-soft grounder takes Correa to the bag for a DP.  Whoop!  No DP  (Haniger 55-60 SPD, a minor tool on the leather belt)  Gordon scores, M's 1-0, Zeus starting the game

4 Boomstick bad-luck fer Keuchel.  Baltimore chop 2-bounces into a single.  Hey, they do it to us; we'll take a few back atcha

5 Kyle Seager hits one into the Crawford Box, straightaway LF

(Angie axs, Does that say anything about his swing right now? Servais laughs, it says something about the ballpark in Houston.  Hey, they do it to us...)

HOUSTON, the M'S HAVE A PROBLEM

Before the game, Houston had a +122 run differential in 61 games, among the top 4 if you're counting ALL teams since Ruth went to NYY.  Of course those are full-season 2+ RD's, but still.... the rotation makes you queasy.  James Paxton and three closers make for a double swallow of Pepto.

Zuumball's lefty homer was reallllly nice.  Segura's was better.  Pulled those hands in as far as you can pull them, full Alligator mode, and Keuchel on the replay could be fancied saying Who Are These Guys

Jean Segura is swinging gleefully in the middle of a busy lineup and as Cito Gaston put it re: Edgar, "You make a mistake to that guy and there's no telling where the ball is going to end up.