Skip to main content
Postgame
K-Pax' ERA Sails Above 0.00
Nevertheless, Dr. D will still roster him if you wish to deal 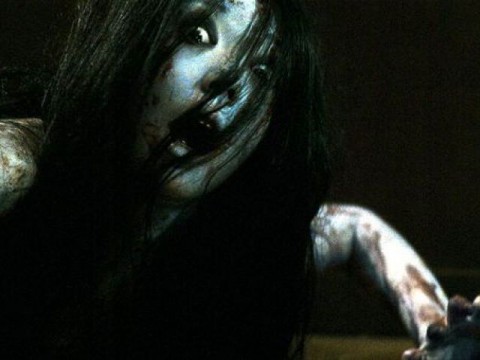 An NBA player once said he watched Larry Bird miss two foul shots to blow a game.  "It was like watching the sun rise in the East," he chortled later.  A's fans had much the same experience, watching the Orcs score 5 runs off James Paxton.  It was a perfect storm of:

(2) a day off from foshball command by K-Pax

Unfortunately Paxton threw a grand total of 18 curveballs and sliders in total, on the day.  Since he wasn't hitting his spots on the fastball, they got some liners and the liners mostly fell in.  He just needed to be aware that they were stalking fastballs waist high, center cut.  It's not much of an adjustment to throw the fastball a bit outside the hot zone, or start an AB with a fosh, or what have you.

Leaving Paxton's season total at 25.1 IP, 17h, 5bb, 30k, 1.78 ERA.  It will be a learning experience.  All superstars, Sale, Kershaw, Syndergaard, you count their "disaster" starts on one hand for a season's worth.  You don't assume them at zero, but they should stay under 5.  Checking David Price... Shandler has his DIS% last year at 23%.

MOTTER'S HOMER UP THE MIDDLE lowered his average launch velocity to 97.98 MPH on the season.  His slash line is .282/.349/.718.  Hey, you could amputate a full hundred points off his SLG and I'll still play him.

If you just joined us, but are nevertheless curious who is seeing the ball early out of the pitchers' hands ---- > the very first thing you look for is few swings on pitches outside the zone.  Motter, Maniger and Ruiz have cut norms by 1/3.  Then you look for Zone % compared to OOZ% - is the guy pulling the trigger when the ball's there.  Danny Valencia has a tragic lack of difference between the two stats.  He physically looks fine; he just looks like he's got cataracts.  He has since March 1st.

'Bach is raking in AAA; Segura is back soon, freeing Motter for 1B; Danny Valencia was our "pride and joy" of the winter so we've got a cognitive dissonance here.

LHP tonight meaning Heredia is in there, correct?

Last time WBC-san pitched, we all covered our eyes and watched through the openings in the fingers.  Anything other than a train wreck will be a big plus tonight.  But then again, the last 7 days the M's OPS+ is 132, so we're fine with outscoring 'em.  Our OPS+ has sailed up to 98 and tonight, presumably, it clears the 100 bar never to look back again.

Hey, first the lineup was a shambles and the rotation couldn't get anything right.  Now we get a week of the reverse.  Pretty soon we'll have Moore and Povse up here and put it all together ...

You probably saw that MadBum wrenched his pitching shoulder in a dirt bike accident.  That's who these guys are, jocks.  You kinda take the good with the bad; if Bum didn't have an extra X chromosome then he would also not be winning you World Seriouses.  Not sure that's how the Giants' attorneys are going to feel about it, though.

I am happy with Sunshine

at -.200 SLG.  He's been that far out in the stratosphere so far.  Will he ever have to settle for a single?

I thought Dyson's shot in the 9th (after most everyone had turned the game off) was about to turn the tide, bringing up Haniger as the tying run with 1 out.  Unfortunately Davis raced over and just got to it.  Looked like a double until the last second.

Paxton missing frequently with the curve made it easier for them to ignore it.  There were some good curves just below the zone that hitters did well to lay off of.  He rarely has much trouble locating for extended periods like that so I'm not worried at all.

Let's get that record closer to Pythag this weekend.

None of those 3 *shoulda* been singles

even the out was smoked like Harmon Killebrew.  The kid's a Hanson Brother.

This is the first I'd heard of MadBum hurting himself.  Are you kidding?  You'd think that a guy shouldering regional responsibility would have a little bit more common sense than that.  If Madbum wanted a thrill, he should have gone on a roller coaster.  I've heard California has a few.  Dirt biking is completely ridiculous.  What was he thinking?  He can dirt bike all he wants now that he is retired.

And I'm guessing the prognosis ain't going to be great

This could become an all timer ...

You're one of the few people I've known

who keeps personalities in perspective when discussing what seem like head-scratching decisions/events like with MadBum, Doc.  Gotta give you some pretty heavy respect for instilling that one in my operating system over a decade ago.  People are complex, and sometimes we're little more than badly-taped-together incongruities which have no business occupying the same space-time.

You take the good with the bad, indeed.

You're one of the few Denizens I've known

who makes me feel good about hours upon hours spent blogging baseball instead of sending jerky to Venezeula!

oh and as to Mojo ... here I thought pickup basketball and bowling were on the no fly lists.  Who knew BMX and Demo Derby were cleared.

in other news the Giants "re-accommodated" Bum's salary ....

Nice to know Pax's issue was so... well, simple.

Agreed that you can reduce half the damage on that with information. Now, if only Servais had access to that kind of robo-analysis (meaning, an AI highlighting likely trends along with data to quick-search human-theorized game plans) on a Surface or iPad in the dugout. Seems it shouldn't have been hard to say after two-three innings, "Hey Pax, dunno if it means much but..."

Late to the party

Been a long weekend.

I was visiting with my buddy and he made the comment that he thought when Martin booted that ball in center Pax looked defeated. Like it got in his head and that was all it took before things unraveled for him. When things like that happen to Felix he doubles down and gets more focused right?

I don’t recall what game it was. I’m pretty sure it was last year. Paxton was pitching and the other team was "lighting him up" (much like the orcs did). I still remember Blowers making a comment about how if you'd have placed every single the other team has hit end to end that wouldn’t have reached the center field wall. (That’s as close as anyone gets to "lighting him up" right? )  Everything the team hit just seemed to find a hole or a gap. That day it seemed like that got to Paxton and got in his head.

Has anyone else noticed this or am I seeing things that aren’t there?