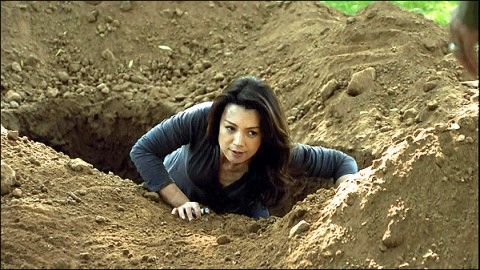 On Monday, September 7th, Dr. D plumped down onto his couch.  For the first time in 6-8 weeks, or a couple of hundred mg of opioids, or 400 misplaced Tom Scholz studio guitar picks, or several Mariner batting coaches, depending on how you measure time ... well --- > on this day, Dr. D pulled out his voice memo phone for the broadcast.  The opioids were monitored by a real doctor, ostensibly as legit post-op protocol, and not (primarily) to lower the bar on SSI shtick even further.  In HIS mind, anyway, Dr. Grumpy we mean.  Little does he know.

'Twas a real pleasure to sit down to a hardball game that kinda meant something.  Even if only in our own fevered minds.

Yoenis (Yasmin?  Yanni?  If you care, put it in the Shout Box like a normal lurker) Gallardo was sitting on exactly 100 wins coming into the "ballgame."  Elias was sitting on fourteen.  Yaholo wound up, fired, and, in 92 pitches, reminded us exactly why it had been 6 weeks since we'd watched a baseball game with no irony associated.  After the third Ranger run, GM Detecto did not hesitate to use his thunderous right foot, emptying the clubhouse soccer ball bag (???, ok), preferably in the direction of any saber intern who ventured within 30 yards.

But on the following three days, the M's then rocked the Rangers for 6, 6, and 5 runs.  They split the series.  Leaving the Mariners scrabbling mindlessly at the grass from underneath it, needing perhaps a 15-6 finish to force a playoff.

Granted, if the M's run down the Rangers with a Rocky-like climb off the canvas that occurred on August 28th, Jack Zduriencik will be the proudest man in the world.  But we doubt they'll let this stop them.

On Thursday Night Football, Tom Brady tossed three TD passes to Rob Gronkowski.  By "toss" we mean "toss."  Toss:  to throw someone (Gimli) or something (your remote control after the M's give up a grand slam) somewhere (onto a drawbridge or into the trash can) lightly, easily, and casually.  We'd call them simple routes that Gronk ran, but they were in no sense "routes."  They were more like just moving from your couch to the back porch if you notice a raccoon on the sofa with you.  Some things in sports are like that.  They're not trained reactions.  Like, on the third TD, Gronk just lined up wide left, jogged to the back pylon and scooped in the "toss" with a basket motion.

Tom Brady tosses these passes to Rob Gronkowski with an air of "this is the simplest, most reliable, and best part of my day."  Like driving though Starbucks to get a double short mocha, or like clicking your SSI bookmark to imbibe a boatload of first-class wit and wisdom, or like checking Donald Trump's twitter feed to see to where the Giant Doomsday Clock Big Hand has ascended.

The point is, if Russell Wilson does not figure out how to "toss" these touchdown passes to Jimmy Graham, I'm going to bail on him.  Yes, really.

There aren't many things in baseball that fall into the "Bread-and-Butter Bankable Move" category.  Tom Brady to Rob Gronkowski?  Sure.  Steven Hauschka from 38 yards?  Of course.  Blake Griffin throwing down off a Chris Paul bounce pass?  Naturally.  But what's like that in baseball?  Not much.  There's no "go to" play that nets you a Nelson Cruz homer.

Felix Hernandez is bread and butter, though.  Sure, it's an off year for him, partly because the leg is tweaked.  But certain things Felix can do in his sleep:

This is not a stats call, LrKrBoi29.  It's just simple weaponry.

Yes, there might be a windy, dusty day in the Fertile Crescent and the M1 Abrams might get grit in its filters, plummeting its kill ratio to about 20:1 on the day.  And Felix Hernandez might have a year where his ERA says 3-something.  But the fact remains, the Abrams is using a proprietary app to target 8 victims simultaneously, while the enemy is using a sextant.

GM Detecto has a 2016 Opening Day M-1 Abrams, give or take a bit of xFIP, and he's moving on to the next problemo.  Drive home safely.

Derek Holland fired a hot fastball low and away, as Derek Holland is wont to do.  Mark Trumbo got his weight going decisively into right-center field.  He dipped his back knee.  He fired the barrel to the hitting zone.  It was a round ball and a round bat, and he hit it square.  Trumbo finished the follow-through pointing at the LF ball girl, not at the 1B on-deck circle.  The ball sailed on a clothesline out down the 1B line.  Bang, two tee drill RBI.  This is Mark .240 22 HR Trumbo, now.  You guys think we make this stuff up.

It's a life lesson, too, bless his LA of Anaheim li'l heart.  If you spend your time preparing for the pitcher's pitch, it's a lot easier to adjust back to a hitter's pitch.  From "hard" to "easy" is a quicker move than the reverse.  Mojician, when he goes to court, loads for bear - he's got the enemy's top six attacks all spelled out, and he's braced for two more that he couldn't have predicted.  But then if the D.A. crosses him up with the savvy approach "Just LOOK at the defendant, wouldja!"  then Mojo can probably adjust to that.

Ketel Marte has a "Go For It" swing off the white tees.  He turns his chin back a little, he sinks his weight, and he LLLLAAAAUNNNNCHES his weight forward, so much that his back foot comes off the ground.  Topspin forehand off a weak return, absolutely.  170-lb. shortstop against an ML All-Star, let's go home and re-think our lives.

Marte is doing this every AB now.  Somebody show him that clip in major league where Demolition Man is doing pushups in the batter's box.  In an age when Nicholas Cage firewalks to prep for Ghost Rider, Ashton Kutcher eats fruit baskets for a month to look like Steve Jobs (or Victor Frankl?), we can't even get Ketel Marte to check his baseball card so he can get into character.

But the good news is, "I am amused by the simplicity of this game."  Marte is having fun.  There's something to be said for positive visuals.

I'll overhaul your swing, Mikey.  Go to a pepper swing unless you're up in the count.  Worked okay for The Boone.

No, seriously, this "overhaul your swing" thing, it's like a golfer changing putters once every third round.  Nobody is impressed.  It ain't the putter, it's the puttee.

On the TV today, Shawn O'Malley came up with a runner on 2B and nobody out.  Li'l O'Malley ... gasp ... made contact.  He was put out with ease, but the runner moved up a base.  The TV guys waxed ecstatic, advising us (yes, really) that O'Malley was a mortal lock to be on the 2015 club.  Just does Everything the way it's supposed to be done.

If you're scoring at home, the Mariners could expect 106 runs per 100 innings, before the "productive out." They could expect 89 runs per 100 innings after the productive out.  When you hit a leadoff double, what in the world triggers the "trade the inning for one run" dopamine in the manager's mind?  True, they've been doing it for a hundred years.

Jesus Montero just hasn't helped himself at the plate.  His EYE ratio is 0.1.

We all want it.  He's just making it tough on us.  Jack Z never did come up with the next generation of hitters, which is why GM Detecto considers the 1, 5, 6, 7, 8, and 9 slots in the batting order to be more fragile than they look right now.  It's logical, ya you betcha, but he would think long and hard before coughing up Seth Smith.

Hey, the average bank robbery nets you only $7,500 whereas if you jack an armored truck, you're looking at 300 grand.  That's not a strategic R/X, but you can sympathize with "Jack" for trying to get the best prospects in baseball.  Wasn't really his fault that he boosted them all as they were leaving the bank.  But we're down to Stefen Romero and a couple of football players.

What would GM Detecto do about Danny Farquhar's pitch selection you ask?  Well, he's got a plus fastball, a plus Plus curve, and a minus cutter.  He's madly in love with the cutter.  It has driven us crazy for about two years now.  Don't take my word for it, Danny, check your 2-year trends in MLB.

Yesterday, we widdled all over Tom Wilhelmsen as closer.  Today, let's stipulate one great thing about him:  when threatened, some people get scared and some get ticked.  GM Detecto likes the rosy hue on Wilhelmsen's bottom when two men get on.  So if there's something you wanna argue about, we'd pick this battle rather than the Ketel Marte one.

"Behaviours that have been rewarded intermittently persist for longer during periods of non-reward than behaviours that have been rewarded continuously. This classic phenomenon is known as the partial reinforcement extinction effect. For decades it has been generally understood that this phenomenon is fundamental to the persistence of gambling in the absence of winning."

Or not. I'm being a little tongue in check here. But there may be a sliver of this going on. Lord knows we'd have all been thrilled had Ricardo Lockette at the one yard line simply O'Malley'ed a productive "out" and simply did what the absolute minimum called for: work up an incomplete pass. And I'll bet we have at least one situation this season where he will be praised from the box for doing just that: avoiding an interception.

So....what does GM Jemanji do with Jesus? Fish or cut bait? Would you return him to catcher as backup/1B/DH? See if he can become a Napoli or somethin?

What do you do with a problem like Mon-ter-oh??

I like the idea of the Doc as GM. Would love it when he gives jobs and authority in the stats and scouting depts. to Matt, Gordon, Spec. the Rain Man, and the Bat Man. Now THAT is a brain trust.

There's a song in there

There's a song in there somewhere (and I'm sure you were purposely making the allusion, rick).

(sung by new Mariners GM with their manager, bench coach, and hitting coach, along with a background chorus of team employees,  who just happen to have significant choral chops)

How do get his hitting to improve?

Agree on the "giving yourself up to the right side" to advance the runner to third.

Agree on thinking long and hard about trading Smith.  But I would indeed think about it.  Done right (if the market is there) you're actually trading 2-'fer-1:  Get a young player in swap and you have $7M to spend on another guy, too.  We are the Mariners, after all....and that $7M isn't insignificant.  The player in return would have to be right.....but I would consider such a move very carefully.

Really we would be down to "Stefen Romero and a couple of football players" AND whatever $7M could buy us.