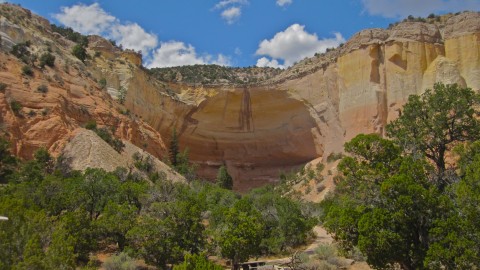 I like Montgomery getting a start.......but will admit [w/r/t] Karns this is a bit weird. Zunino playing every day for a bit is a great decision....then get him up and in the lineup a lot.

Matt, do you advocate selling some parts? Smith, Guti and Lind may all have some trade value. All are FA's in '17. Aoki seems to have been taken out of our plans for a while. We're 2.5 games out of the 2nd WC slot, BTW.

Selling some parts ... :: taps chin ::  We're -2.5 games out of the WC with a game or 77 to go.  Proportionately, this would amount to the Seahawks being what ... one-quarter game out at midseason?  So, asked and answered.  If you're a Seahawk fan tied for the division but down on tiebreaks at midseason, what's there to do but spongepaint the wall?  Fangraphs has us at 33% postseason chances per Season Stats or 18% per coinflip.  Dr. D's never-ending comedy writing routine involves pointing to 9,000 great numbers the morning after.

Kant said, "Laughter arises from the sudden transformation of a strained expectation into nothing."  He was right, but by "nothing" he probably didn't mean Mike Zunino getting sent down four days after getting called up.

We know that Moe is axing the Q good-naturedly, but the truth is we're only 2 games out of Fangraphs and/or Tim Kjurkian demanding a Felix/Yankees deal.

None of which is to say that moving Smith, Guti AND Lind might not improve the ballclub.  If JeDi could finagle a 3-way to get us Rich Hill, makes sense to Dr. D.

This season is over...too many injuries.

Too many or too few?  One more injury and Heredia is golden, right?  Lest we forget, injuries got us Edwin Diaz, James Paxton (THURSDAY!!), Wade LeBlanc and (of a sort) Jerry DiPoto.

Sucre and Rollins up, Zunino optioned to AAA, Walker to the 15-day DL. Sounds like they just want Zunino playing every day through the break - I think he will be back.

That or Zuumball said exactly the wrong thing to Chris Iannetta in a pre-Astro's meeting.  And was right about it.

I would dare to say that the offense is fine... But the pitching has been what's really inconsistent this year.

Considering the offense is #2 in the American League by OPS+, that looks like one dare that IceX will get away with.  (Then again, IceX dared to say that Ichiro would re-up right before USA Today quoted D-O-V guaranteeing Ichiro's exit.  He signed a five-year deal two weeks later.)

Some projection salve for the Houston-burned:

They've got to get their rotation onto something of a roll.  They're bound to give up fewer runs during the Royals, White Sox and The All Star Break.  In any case:  what are you going to do, watch the Tour de France?  The M's have some serious cards to draw to here.

Did you squint and see the difference between DH Boomstick and Infield-Extraordinaire Kyle Seager?  K-Swag's EYE has gone, the last three years, from 0.45 to 0.55 to 0.67.  His fishing rate is all-time low and his swing-in-zone rate an all-time high.  If you didn't know better, you'd think the guy was improving.  And he's got 0.1 fewer WAR than Bryce Harper.

Welp, looks like I won't have to watch too much of this game if our pitcher can't get out of the first.

Another theory of reproducible humor is based on anger.  As Bobcat Goldthwait once put it, "If nobody's yelling, fix it!"  I dunno if it's comedy gold, but it certainly produces internet clickthroughs.  Time for a Konspiracy Korner on FBI investigations, I guess.

LeBlanc had an off start, which is (naturally) the better time to gauge his comparability to Jamie Moyer.  Dr. D likes Wade LeBlanc -- likes his superslowball, likes his short-arm motion, likes his stoneballs (we refer to the cutters, of course) and thinks he could well have learned some things in Japan.  He's for choice over Wade Miley, you ax him.

OPS+, Pythag, and not showing up

The team may be up there in OPS+, and we are four games below our Pythag, as we do score more runs than our opponents, on average.  But for a quarter of our games, the offense doesn't show up.  When we score two or fewer runs, we are 2-24, only 12-17 in one-run games, and we've been swept in six blinkin series.

The June swoon happened with Marte-Martin out, and pitching depleted.  With a little luck, Felix and Walker will return healthy after the break, but Zych and Furby are on the 60 day DL and we can't count on their returns.   JeDi might look for a bullpenner by the deadline, but some of that relief might happen naturally, as better SP returns.  As for potential bat acquisitions, do we have a realistic chance of getting a LF bat better than what we already have in Heredia in Tacoma and O'Neill in Jackson?

It was good natured

There is a case to be made, a strong one, for us standing pat, riding out the injury bug and (hopefuly) getting healthy and hot.  That case is pretty appealing.

There is a case to be made that we should trade Smith while he's hot, getting a a nice bauble in return and that we might not be any worse off offensively for it.  No Smith would mean an everyday diet of Lee.  It's a fair bet that Lind finds his normal vR game in the 2nd half and heats up.  He's hitting only .235 vR this year...and he's a career .290 guy.  He's also BABIP'ing .245!  Put Guti/Heredia/Aoki/etc in LF and you might not miss Smith too much.  Maybe...

I could live with this option, too....if the return was right.  I've always said Smith is nice but not indespensible.  I am not advocating this move, however.

We've got one of those in us.....if/when the arms get healthy.

I am willing to wait that out for a while.

Does anybody wish to pick an Over-Under date when Robertson heads back down I-5 to Tacoma?

I'll take a shot at a guess

Today's line-up, along with the initial call up of Robertson I believe is Dipoto / Servais trying a try to improve the OF defense... and hoping this will improve the pitching results.

With this assumption then, I believe Dipoto will give this defenseive outfield option at least until Felix comes back on the 20th, because with so many pitchers in the rotation now that NEED a solid OF defense behind them - and I include Monty in this group - Dipoto / Servais is trying to find the sweet spot between good enough defense and enough runs scored.