Skip to main content
Postgame
Champs 1 ...
we offered you the 3rd amigo AND his draw hand with a foreign object in it. So? 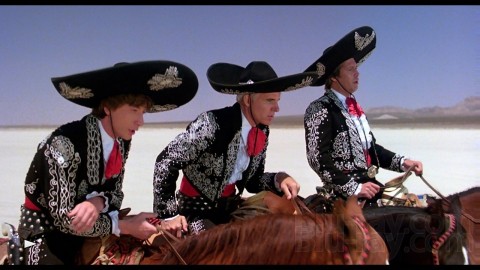 Orel once said "command one pitch, compete.  Command two, win. Command three, DOMINATE!  ...  but for Paxton, you subtract -2 to -5 off Orel's personal scale.

So Paxton came out with none of them, found about half his 2-seam fastball and half his curve in the 3rd or 4th ... and blew away a totally right-handed world championship team.  Using only the "poor" version of his fastball, he splattered them like Mojo's 10MM hollowpoints splash ballistic gelatin.

If you're looking for nuance, this chart will show you that he was using his 2-seam armside swerveball early in the game (it sinks and is slower).  'Myre came out and advised him the Astros' game plan was to wait for hitters' counts.  Pax flicked over to the gloveside, faster 4-seamer which is a bit easier to throw for strikes.

Obviously if you spot Paxton an 0-1 count, you become little more than an irritating hobo in Loki's way on a Manhattan sidewalk.  Many, many things can happen, all of them detrimental.  So Zeus did remark in the postgame "I'm getting better at in-game adjustments."  We, the gentle denizens, are getting better at spotting them.

Zeus threw a lot of pitches in the 2nd, just before the visit.  The first four guys in order, MLB's words not mine:

(big smile buddy.  Even THE Diderot had his off days)

The M's came to Houston with the lead and will leave it with the lead.  Furthermore, Chris Archer just "gutted himself" (that's an ER term) and will not be playing during the 4-gamer in Tampa, though Alex Colome and Denard Span will be.

After 43 pitches through 2, Dr. D wondered if 6.0 IP would be Paxton's best-case.  The Prime Computation, long live the fighters, was for a drip-drip-drip in which the M's held a 7-5 win -- but, importantly, the Astros rolled their eyes and scoffed the game off.  Ya feel me?

Kyle Seager homered to straight LEFT field in the 3rd, however, one of about 8 off-field homers in his career.  By Off-Field we mean anything the right fielder couldn't catch if it were shorter.

Then Gamel smacked a single.  Then Keuchel threw an All-Star quality jamball, the same pitch that had its part in 93 whuffs and a serious case of Dr. Detecto heebie-jeebies.  But Zuumball, if you were not watching the game, did a GOR-GEOUS job of keeping his hands in, his stroke short, and knocked a pane of hurricane glass out to tumble down onto the train below.  What did they say?  420-odd feet and using just his left hand?

So now there were good chances of saving the Twin Closers (TM) for Wednesday's game.

Soviet GM Anatoly Karpov wrote a book and said that when he was young and there was somebody better -- dating the book to his being about 13 years old -- "I faced a daunting opponent and decided to trade pieces into a drawn ending.  I traded them without incident, but with each trade my position got a little worse.  I lost that game, but I learned a good lesson."

After two or three, Zeus went to that 4-seamer, the 0-1 1-2 count pitch .... would you consider that an important strategic lesson learned?

After the 4th, the M's had ME shellshocked.  Now they PROBABLY were going to avoid at least 1 of the closers.

[Paragraph break on each major idea change] But on the other hand, Zeus threw 87 pitches last time out and another 87 would be pretty blinkin' kewl.  Turned out Service was havin' none of that grub.  He went the full 108.  Meaning?

Juan Nicasio came in to flamethrow the last 1.1, there was zero that the Astros could do with the Third Amigo (as Servais calls him, so don't write in) and there are certain psychological reasons this situation was balance-altering.

Check me on that.  Wonder why I forgot RP8.  Anyway, one Astro and one routine out, before a Rainier came in and caught them waiting for the game to be over.  That too has pysch ramifications.  It doesn't make the Astros somethin' brown and unpleasant, but the spectre of a race for 1st began moaning with its eyes shut.

It's cool in retrospect that the manager offered 3 Amigo Servais for the LeBlanc/Berrios game.  One out, to warm him up, and let's see if Wade can get us 6.0.  Or even 5.1, 5.2; Pazos can get us a LOOGY out, no?  Maybe no.  There's your subplot if LeBlanc pulls a Malcontent and it's close.

Remember, they play in a bandbox and if it's 3-2 Houston when we go to the bullpens, a cheap homer is all you need.  They can cry and moan all they want, but they've done it to us.

While Pazos, surprisingly, has no platoon split.  He comes in and fires 94.6 MPH fastballs, very importantly short-arm fastballs, which is as good as 96-97 MPH with full extension and no "hiding" of the ball behind the ear.

The moral of the story:  "bridging" the sixth is Pazos, or it's sweating bullets.  Of course you shouldn't need to bridge the 6th a lot.

See you at the ballpark,