As big a fan as Dr. D is of James Paxton, he never said he wanted to BE James Paxton.  At a certain point James' forlorn-bloodhound eyes start looking like he has been cast for this role by Tim Burton.

I counted three different balls that Leonydas seemed to lose in the sun; a grounder to Seager that fell out of his mitt; a blooper down the line ... you'd think this slop has to stop happening sometime.  Paxton's expected ERA (his FIP) is 2.84 on the season, but the giant boulder of Paxton's ERA is at 4.15 and gaining on him every time it rolls back down to the first inning.

His fastball again showed this remarkable velocity trend.  Imagine the trendline shooting up through the clusters.  Love that dozen-MIRV'ing cluster over Moscow at top right:

But it was precisely as the fastball hit 99, 100 MPH that the hits found all the grass for the Cardinals in the fifth.  You remember how Doomsday appreciated the nuclear energy in his ear last month?  The dirtier the H-bomb, the more 'roided Doomsday got and the better he swung the bat?   The general and the President responded appropriately.  They threw in the towel.

Ah, well.  Maybe the Pirates or whoever's next, are less hardened to atomic weaponry.  Use 'em or lose 'em, James.

Command?  Paxton threw 43 strikes and 19 balls with the heater.  He was going inside like nobody's business.  It's just weird.  But granted, he did have some 97 fastballs drift out over the plate.  Other 97 fastballs down the pipe were "challenge pitches" and blew hitters away.  :- )

Dr. D has been watching the game awhile, but nobody's ever quite 'splained to him why one Tom Seaver high-nineties heater is a challenge pitch and another one is a mistake.  Picking the right time to challenge, I guess they say.  Hard to tell exactly when that is Monday morning quarterbacking, and when it is a legit observation.

Foshball?  15 strikes in 21 attempts, four swingthroughs, usually garbage swings over the backfoot.  Only one hit against.

Changeup?  Paxton hadn't been USING it, but on Sunday he was 8-for-16 and he got 5 swings and misses.  Obviously you introduce a third pitch into this maelstrom, it's OVERLOAD SYSTEM FAILURE.  Show me a starting pitcher with 17% swings and misses, and I'll show you a fictional character.  Well, Kershaw gets 14, 15%.

So, yeah, I thought it was his best game.  Blowers opined the same, and volunteered that this is a pitcher you're going to see get sharper and sharper the whole year long.  Just stunning that he has only 1 W to show for these six starts, but on the Seattle Sports Insider Blog, the seismos are reading "get your keister off the mountain."

Gutierrez' game-tying home run, taking the score from 6-3 to 6-6, was a thing of majesty.  It arc'ed WAY high in the air and still easily clearing the deep left-center wall.  Just thought we'd take a second to remind you that at his low point, Dr. D clamored for Stefen Romero.  Tomorrow's news today, babe.

The M's have been solid against lefties this year (.246/.306/.418 despite Safeco, with 40 homers in 62 games) and Sunday they racked up another 12 hits with two long home runs.  Granted, against righties they're even better, and more so since Adam Lind resumed mashing.

Disquieting chart on the TV that said the M's had lost 9 games in June when ahead after the fifth inning.  Doesn't seem that it is because the M's don't have a bullpen.  It's just been a variety of weirdness.  Sunday's game was the 10th late blown game.  Greek deities personified themes of life - Aphrodite was romantic love, could manifest herself whenever love sparked, and so forth.  Is there a Greek deity that personifies sadism? 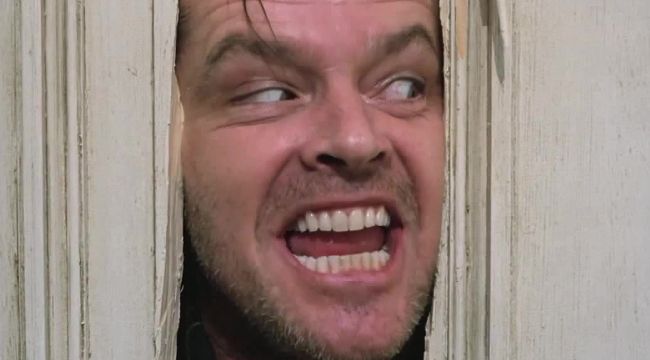 Playoff odds still 36% per Season Stats mode.   siiighhhhhhh   One thing you always hear around the time of junior high school, "Always have a Plan B."  Good advice if you're talking about something like an Uber ride, or the Western Omelette at Waffle House, or a Mariners starting pitcher.  Not so great if you're talking about something with predictability < < 50%.  If your basic entertainment plan is to enjoy Mariners baseball this summer, make sure of the plan B as well as a plan "A," and a plan "C" ... the Mariners are likely to be none of this.

Nick Vincent was the performance issue Sunday.  He got lit like Dr. D has always thought he looked like he should get lit up.  But of course his results have been good.  So we've got Cishek, Montgomery, probably Vincent if you force yourself to fly by your instruments :: grits teeth :: , we're fine to have Nuno in there and ...

Threw 5 or 6 pitches in triple digits, and all of them could be qualifed as rather brisk.  That's twice in a row he's been back up to his debut radar gun.  And the slider is there with the killer arm action.  Think that's 19 strikeouts in 11.2 innings.  A "small sample" of Andrew Miller, Dellin Betances performance is still Miller and Betances performance.

Maybe right now Servais just needs to go with Cishek, Diaz, and Montgomery as our Daimajin, Nelson and Rhodes.  :: shrug ::

I agree with your analysis, the only stat really scaring me is paxton hits/9

I dont' care about ERA or W-L being not good, but 47 hits in 34 .2 innings are something he will better improve a lot.

the BABIP against Paxton is .415

t' isn't because they're smoking Paxton, as Diderot points out below.  Just the luck of the draw going against him in a "sample" of 34 innings.

Good 'put Tyler!  You were probably familiar with BABIP, but some readers are not, and we want them to be comfortable axing Sabermetrics 101 questions.

Other readers take note!  If you don't know what we mean when we say "K/BB," just ax, and 16 guys will be only too thrilled to step up and sub-teach for a day.

Wasn't that the one to get things started?  Man, Paxton had set him up away and then spun a wicked slider/cutter up there.....nearly a back foot special...and Holiday MLB'ed it into the corner.  It was a great pitch (although I thought Paxton nibbled a bit too muh on the ones prior) but a VG MLB hitter did what he gets paid for and beat the great pitch.

And then the deluge began.  Crud.

That's what it looked like to me too.  Maddening to throw a great pitch sequence and then just have other guy guess right.

Boomstick and Cano and Lee have done it in our favor a few times tho, hain't they?   Keep it comin' Moe.  Every mo'nin' I'm hoping to see a comment or three from yer :- )

Mystery stat (to me)

Over the last 30 days, only 3 starters have recorded less than 10% 'soft contact' (per Fangraphs): Paxton, Salazar and Arrieta.

Does this tell us anything?

Had not noticed that!

Thanks for pointing it out.

Tony Blengino seems to concern himself with little else EXCEPT velocities off the bat, for both pitchers and hitters.

Randy Johnson used to complain that he "provided the power" for scrubs to hit 300-foot tee shots into the power alleys.  He'd scream one in there 98 MPH, they'd take a pepper swing, and off she went.

Evens out over time, though.  Nolan Ryan had a superb BABIP for his career.  Paxton's got only 5% soft right now but it's all going to medium, rather than hard.

Yeah, early on here, per the eye test, there do seem to be a handful of squared-up batted balls off excellent Paxton pitches.  Could be a bit of tipping, or advance scouting, or guessing, or just randomness.  Moe's comment captures my own sentiment exactly.  You throw 99 on the black outside and they line one down the RF line, well, what exactly do you want me to do out here?  :- )

I believe SEIRA is the the stat that tries to adjust ERA for types of batted balls; Paxton's at 3.49 on that.