Skip to main content
NFL
Should we be worried?
Third game without a touchdown 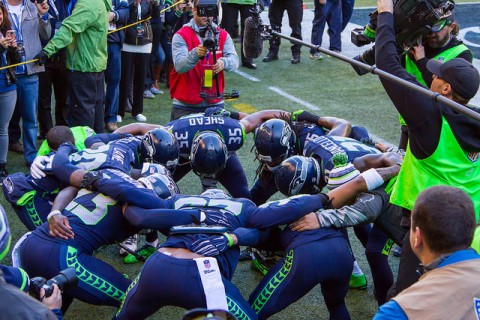 With 48 hours to digest the devastating tie (never thought I'd write that in a football column) on Sunday night, we'll spare Steven Hauschka more scrutiny. Although the past season plus to the naked eye has not seemed as automatic as he once did. But that's a topic for another day.

Rather there should be a debate about whether or not the offense has enough to get this Seahawks team to the Super Bowl for the third time in four seasons. After Sunday, the Seahawks have now failed to reach pay dirt in three games - and they have only played six. For those not numerically inclined, that's half their games that they have failed to score a touchdown.

While true that the Cardinals to field one of the league's better defenses, the Rams nor the Dolphins do. When we went scoreless in Los Angeles, I hid behind the excuse that the Rams always play Seattle tough; that the NFL is all about match ups, and we simply just did not match up well with a team with Case Keenum under center.

One thing is for sure, we don't have to worry about the defense. It has proven to be the league standard the entire league measures itself against, as proven by leading the NFL is scoring defense the past four years. We saw it in action Sunday night, as they epitomized the philosophy of bend-don't-break.

However the offense more often than not, especially the past two games, has looked out of sync. It could be the injury to Russell Wilson, but it is apparent they miss Marshawn Lynch. They need that big bruiser out of the backfield to set the tone, and it looked like Thomas Rawls would be able to take up that mantle. The injury bug thought differently however, and the absence of that punishing running game has been noticeable.

No longer are the Hawks able to start slow in the first half, grinding their opponents down and finishing them off in the second. No one has really talked about it, but it's what this teams has survived on and what it so desperately needs if they want to hoist the Lombardi trophy in Houston.

Until Rawls comes back however, and comes back at the level he was at last year, it does not look like we will see that smash mouth brand of football. Until then, Wilson will have to grind it out and we'll have to rebrand the Seahawks as a finesse team offensively. And hope that it works.