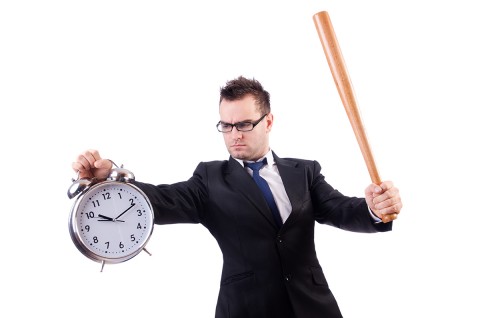 Lookout Landing has a cool, fan (fun?) post up.  The funpost headlines "Tyler O'Neill might be Bryce Harper and Mike Trout."

1.  The author, knowing that O'Neill had "a gigantic jump forward in 2016," measures that by K, BB, and OPS+.  Well, wRC+, but ninety percent of the time OPS+ has the same number as wRC+, within the margin of error, and I interchange them because everybody here knows OPS+.

2.  He points out that this big improvement in numbers came despite a promotion from A ball to AA ball - from the low minors to the high minors, where they throw breaking balls behind in the count.

3.  He finishes with 'elan, Any one of the changes would be exciting in isolation; take them all together and suddenly you're a top-50 prospect.

4. What is cool and fun, is that the author goes back to a 2010 list of Baseball America top prospects and he asks, how many had any minors season (in 2008, 2010, or whatever) that saw improvements in EYE and OPS+ like that?

He finds that four did it -- Jason Heyward, Giancarlo Stanton, Carlos Santana, and Buster Posey (though Posey had to repeat levels to do it).  Ten did not, and they were all Justin Smoak.

Intrigued, he runs it for 2012.  The glam prospects who had a huge plateau leap on the resume were Harper, Trout, Manny Machado and Jurickson Profar.

There are a couple of objections to this:  First, O'Neill was not a Baseball America top-20 prospect, and so is not a 5-tool buffet of talent like Heyward who THEN added a great SABERMETRIC showing into the bargain.  (Actually Tyler O'Neill is being called pretty freakish as an athlete now that he's a good baseball player.)

Second, I'm guessing that O'Neill had an easier route to victory than most of these guys.  LL is using EYE ratio, and O'Neill's was like 0.20 before he made his leap.  (But still, factoring in the A+ to AA promotion, Tyler O'Neill got way wayyyyyy better very suddenly.)

Here's a good side video from rkyosh007 on YouTube.  Compare O'Neill's dynamics to Jeff Bagwell's.

I would have screamed....well, been disappointed

.....had we traded him for Odorizzi. And I really like Odorizzi.  But I would rather we gave up Gohara and stuff for Smyly than O'Neill for Odorizzi.  Wait, we did that, didn't we?

Hmmmmmm....Did I write that we should trade him for Odorizzi?  Back when I did the multi-year Southern League review of guys like O'Neill, and figured out that guys with his numbers were not a lock to be productive MLB hitters, I must admit to wondering about my tough pro-Tank stance.  G's stuff played in that, too.  But I'm not sure that I was in on swapping him out for Odorizzi.  But I'm not sure I didn't do that.  I like Odorizzi, as you pointed out.

Either way, I've been decently stick-in-the-mud consistent: 30+ HR upside is just too nice to trade away.

As I've said all along, the kid just keeps getting better.

He has some room to go in the swing and miss department; I think he will get there.

Oh, not that I remember

And I don't remember much :- )   Do remember you pointing your finger at Jake Odorizzi a lot, which was obviously a great idea.  Odorizzi is the #15 starter in the AL per James' SP rankings, and he's cheap.

Getting hard not to drool over Tank, ain't it?

lol at those comps. Needs to

lol at those comps. Needs to be traded IMO.

Minor point on the comps, though ... Technically LL wasn't setting O'Neill as a comp player for Heyward, Harper, Posey and co.  They drew a line on an Excel table and chuckled about the fact that it's all stars plus Tyler O'Neill.

Actually he filtered the list to only include on top 14 hitting prospects which immediately makes the study misleading IMO. Nothing against the writers at LL, but I think the analysis is irrelevant once you limit it to a pool of select players (especially the top end).

Also there are enough differences (such as contact rate and production) that kind of make the comparisons meaningless IMO. None of them are even remotely close contact wise, either than Stanton who was flashing "silly" power in the minors.

Like we said, you're talking all the most gifted -- or at least pedigreed, like Ackley -- players and going from there.  It's a real question whether O'Neill is in that category.

That said, there are *some* implications IMHO.  If EVERYBODY who has three packs of cigarettes a day winds up dying before 40, then you start wondering about people using two packs a day...  LL's tables are so decisive, and O'Neill close enough to qualifying, that it's worth a chuckle.

Biggest objection is that it's only the 2010 and 2012 lists, both very small.  I'm sure those were fluke years for this effect.

I can't agree with the

I can't agree with the conclusion, because I don't agree with the premise. Comp him to literally a couple dozen prospects, the vast majority of which are completely different player types. None of them had game breaking contact issues. Which of those prospects had a minor league K rate over 26%and OPS under 900? Zero.

Let increase the sample of a little over 20 players to ALL of the players in the history of baseball. Is there ONE above-average MLB player with a minor league K rate over 26% and OPS under 900? (This is being generous as his real marks are over 28% and under 870 OPS, but its still impossible to find a comp.)

Can't argue with you there

For sure a convincing piece of research would avoid a cherry-picking approach.  The selection of K, BB, wRC+ was itself cherry-picking, since EYE was what O'Neill had done well.  Course we were talking about the piece being suggestive, interesting, not convincing.

Yeah, that article seems to be of the "start with your conclusion and then go find the stats that prove it" kind of thing.

Somewhere between this and that

1. By most accounts will not be a black hole in RF and has a chance to be decent or better.

3. Has launchability that runs from the LF foul pole to the RF power alley.

4. Is going to hit some mistakes a long long way.

Those seem to be pretty standard evaluations.  I'm not reading a lot of scouts who say otherwise.  I do respect the other voices here, however. His type of evaluation is a Chris Carter, Brandon Moss, Mark Trumbo, Kris Davis "type" of evaluation.......except for the chance at a decent OF glove.  And I'm not sayiing that he will be any one of those players or that he was as good at AA as they were.  But he looks something like that, looking down the road.  "Something" is a broad term, admittedly.

So the questions remaining really revolve around whether he hits .270 or .220 and whether he walks enough to get by with hitting .240.

I think that's all fair.  Let me know if it isn't.

He's walked 10%, 8%, 6.5% & 11% in 4 seasons.  His best Eye season ever was last year and then he topped it with a 14% BB rate in the AFL.  He's showing an improved eye, even if he won't ever be a BB'ing machine.  But he's going to get some pitches off the plate this spring, let's watch how he responds.  He just hit .292 in a tough pitcher's league, at a young age.  I can't see how the batting average just collapses, beyond a nervous rookie season, perhaps.

If is the operative phrase, I suppose.

In 14 seasons, we've had OF's go north of 25 HR's only 3 times.  I wonder if any other MLB team has such a lack of booming OF'er.  And it seems weird even if you give us all those Ichiro seaons in RF.

We've got a guy who just might be one.  I'm keeping him.