Skip to main content
Mariners Prospect Talk
This Top 10 is Midrange?! Seriously?
never been so happy to have AAA in Tacoma the next coupla years 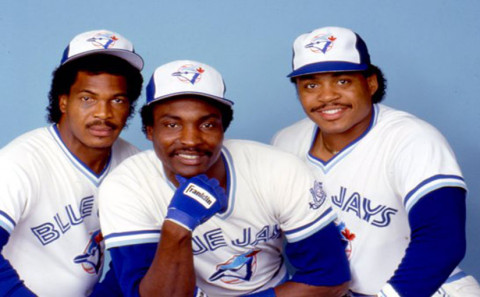 Regarding Sheffield and Crawford, and to a lesser degree Swanson and Dunn ... HQ also had a study, "When do Top 100 Prospects Get Promoted?"

Excerpting just a little bit of the study:  If a Top-100 arm finished the last season in AAA, the odds were 86% he'd be in the bigs the next season.

MLB teams go through pitching injuries, pitching failures and it's a war of attrition.  We can figure on these dudes being up -- and being up quicker than we think.  Regarding Crawford, they've already said they merely want him "going good" before he's up here.

HQ does say that AA pitchers, like Dunn, have much lower chances of being up quick -- AA pitchers have only a 50% chance of being promoted during the year and if they're in the lower tiers of the prospect list it drops to more like 33%.  By that logic the Mariners might well allow Dunn to pitch AA/AAA for most of the season, while getting the ex-Yankees up here quickly.

It's fascinating, and charming, that Dipoto will sacrifice MLB production to make the Japanese fans happy.  By some tiny amount, it lowers the Mariners' Wild Card chances to give Ichiro a game there, but baseball is there for the fans.  We can volley Gerritt Cole's words back at him:  "I'm not paying for a ticket to watch a math equation."

Ichiro can't play any more but it puts a smile on my face that the Seattle Mariners are going to use him for a game against Oakland.  The whole "follow the club around thing," high-fiving the winners on the field after games, that kind of stuff, is unprecedented and I commend it highly.

On Slack, Wishhiker pointed out this interesting article.  Here's a bit of the white meat:

“When you trade away the players we traded, the expectations are pretty high of what you’re getting back in return,” McKay said. For the most part, you’re seeing that. When you’re watching Sheffield out there, you can’t deny what you’re seeing. He’s showing you that he’s a Major League pitcher.”

“With Evan, industry-wise, it flies under the radar a little bit, but internally we feel we have a person, if there’s 80 makeup and character, Evan White has it. He’s a really good player. He’ll win a Gold Glove playing first base in the big leagues. It’s a very unique skillset as a right-handed hitting first baseman who is a 65 runner.”

White hit 11 homers during his first full season as a hit-over-power type at a spot that values pop and run-production. He’s never going to abandon his overall approach, but there’s more over-the-fence ability to come for sure as he approaches the upper levels.

“The exit velocity is so present, it’s just a matter of him getting a little more loft in his swing, which he’s doing gradually,” McKay said. “The launch angle has improved. I think it will continue to evolve in the next few years because he hits the ball extremely hard. He just hits a lot of low line drives right now. When you have an athlete like that and the intelligence to go with it, he’s going to figure it out.”

G-Money has been all over Evan White since who knows when.  I had never quite been able to figure out the attraction (to the insiders).  If a player is hoping to be Mark Grace, why is he ranked above Julio Rodriguez and, essentially, everybody except the Big Four we just nicked out of New York.

But here is MLB Pipeline's writeup on him.  The 65 runner part kind of makes your awareness go "Dinnggggg" -- if you are talking about the ideal version of Darin Erstad, that's another thing.   You're looking for dazzing cat-quick defense, line drives zinging around the park, a .360 OBP and now they're saying he has untapped power ... well, okay.  It's a "unique skillset" at first to have an ideal #2 hitter there but ...

As a certified .300 hitter with dazzling defense, who chipped in bases EVERYWHERE in addition to the .300 with 80 BB, Hernandez wound up with 60 WAR in his lifetime and was a 5-time All-Star.  Count me a conversion on Evan White.

Well, those aren't necessarily the Big 5.  :- )  We left out the Blue Jays outfield pending with Kelenic, Lewis and Rodriguez.  Anybody remember the 80's Blue Jay outfield with George Bell, Lloyd Moseby and Jesse Barfield?

So where does this top 10 truly rank?  It is so VASTLY superior to what I'm so used to seeing in Seattle that I have a rough time believing it's a #17 farm system.  I wonder what it would rank if it were in Boston.