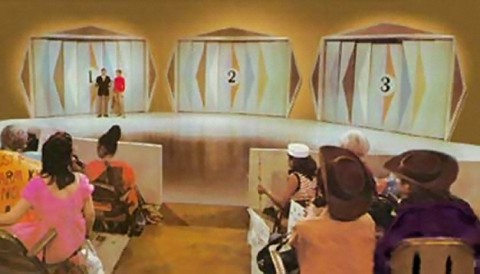 Not exactly a Monty Haul windfall this year.  Others have characterized it as "replenishing the farm system."  In the big picture, I wonder whether it added even 10% to the farm talent.  But still.

Fangraphs provided interesting summaries on each of the M's new prospects -- none of which, we don't think, were even in the top 10's for the organizations they came from.  But we'll follow on a bit.

Flores is 23, big league ready and has five fringy to average tools along with excellent plate discipline, so he’s a near lock to be a solid 4th outfielder or platoon partner, with some chance he can turn meager tools into a low-end everyday player for a stretch.

Dr. D thinks that the concept of Keep the Bat in the Zone a Long Time (KBIZLT) escapes them here.  Flores' HIT tool is not fringy.  The question is -- as with Ketel Marte -- whether Flores can add some type of production (BB, or SB, or gap power, or Gwynn-level HIT) to his sky-high contact rate.

Ramirez is an exciting prospect, hitting 100 mph and flashing a 70 changeup at his best, reminiscent of Fernando Rodney’s knockout stuff. The problem is that Ramirez can’t stay healthy which, combined with his fringy breaking ball and below average command, eliminates him from starting contention.

That'll do for us too.  Except, edit to say "hasn't been healthy."

Wells was largely unknown entering his draft spring last year at a Virginia high school as he pitched in the low-to-mid-80’s until March of 2014 when he was regularly getting into the low-90’s.  He’s a projectable 6’5/180 that should add more arm speed and flashes back-end starter stuff now that could improve a couple notches.

Dr. D is being too harsh on a dude who is summarizing everybody in baseball, as opposed to Dr. D looking at six guys.  :- )  As Bill James just said, he doesn't review books because "I wouldn't want somebody like me reviewing MY stuff."  HEH!  But still, SSI doesn't expect much from Nick Wells.  Not at this point.  Brentz looks like the key to the deal for me.  Which raises the question,

Brentz had only pitched a few times in his life when he hit 95 mph in October of 2012 at a high school tournament. He’s athletic and projectable with a quick arm and flashes starter stuff, but the command still hasn’t showed up for sustained periods for the 20-year-old.

Was not aware, though, that Brentz "had only pitched a few times" when he hit 95 MPH.  As RockiesJeff would probably confirm, normal human beings need to condition their elbow ligaments before they throw over 80 MPH.  One more shekel on the scales that this kid could be a Randy Johnson wannabe.

Not trying to be curmudgeonly ... bloggers who seek a job in baseball (nothing wrong with that!) have an imperative to be "tough but fair" in scouting lingo.  Read that is "unimpressed by everybody, unless they're signed off on as galacticos by Baseball America."  Kidding.  Sorta.

Adrian Sampson, the guy we got for J.A. Happ, has the lowest rating they can give.  Total non-factor.

Which, I got no idea who Sampson is.  But didn't the M's prefer Sampson to the 1st-round comp pick they'd have gotten for Happ in the winter?  Does Dr. D have that wrong?

Rob Rasmussen has the 2nd-lowest grade possible.  That could easily be correct.  The thing that makes me wonder:  Rasmussen is IN the major leagues.  That would be the dream of most of the prospects ranked ahead of him.  Cognitive dissonance for Dr. D.

Again, maybe Gordon or Spec or their ilk can explain this disconnect to me.  How is a guy a non-prospect if he's made the majors?  Aren't we talking about "prospectively big leaguers" in the first place?

But we know what they mean.  We think.  Rasmussen isn't going to pitch much in the 8th or 9th inning, ever, as far as they can see.

We've seen our share of Trayvon Robinsons over the last seven years.  But still, it's wonderful to see Jack Zduriencik still supremely confident in his own judgment.  He's willing to go his own way, and you've got to admire that.