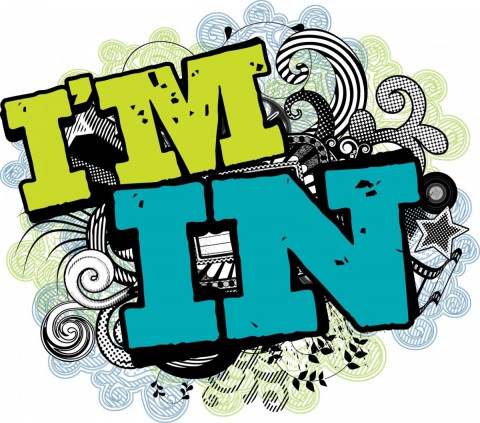 Probably 75% of us haven't yet read this 2014 ESPN piece on the DiPoto/Servais approach to player development.  The article starts with a bang.  Spring Training 2013, Servais yells "Take a knee!" at 165 Angels minor leaguers, while 55 coaches stand with thumbs at piping at their pants.  (Fifty-five?!  Come off it already)

Servais asks for a show of hands, "Anybody in the playoffs last year?"  Kinda nobody was.  Servais pulls the string:  "You're the worst organization in baseball.  How does that make you ... FEEEeeeeeel?"  :: vince vaughn voice ::

You're a busy man, so we'll read the article for you.  As you know, we live to serve.

1 Servais took over the Rangers when they were 28th in "Player Development," and turned it into the 1-th

2 When he went to LAX, he wrote up a proprietary handbook on player development, "The Angel Way" (well, maybe it was called "How to Sign Pujols, Wilson, Hamilton and live to tell the draft tale" or something)

4 The Cardinals have Big Secrets.  These are known only to the other ML teams and any random ESPN writers the Angels care to disclose them to

5 Nobody knows what makes a winning prospect.  And everybody knows.  Like the NFL combine, all the cards on the table are face-up

6 Scouting vs Player Development is a chicken-and-egg deal.  Did the 2013 Cards have 17 homegrown players on their playoff roster, is 'cause they chose them good?, or developed them good?

7 Brandon Wood was the Angels' Big Moment of Shame, much like the Mariners' Big Smoak Ackley Zunino Montero Saunders Moments of Shame

9 Dr D falls out of his chair backwards in utter shock and awe, stoves in his anterior cranium (SSI writing obviously improves forthwith)

14 Jerry DiPoto knows what Scott Servais knows, whether or not Servais comes over to the M's

15 Don't let Dr. D's high-priced Exec Sums talk you out of a great read over at ESPN

Like Meriadoc encouraging the Treant, you mooks have encouraged Dr. D to keep it up with the cross-sport training and life lessons.  There are any number of places you can look up wOBA, it says here.  ... of course, an analogy only goes so far.  And a general principle must be band-aid'ed over to a new sport with discretion.  But here's my takeaway from this article, based on aiki gleanings:

2a.  There was an aiki shihan once who could deflect an arrow fired out of a bow at 25 yards.

2b.  This shihan could teach how to block a human punch, rather more easily.  ....

2c.  The methods he taught sounded stupid.  Really stupid.  They still do.

3a.  If some dude can really deflect an arrow, I'm going to watch him until I figure out why he is so massively superior to me.  Even if the words coming out of his mouf make less sense than Chris Tucker's.

4.  Scott Servais -- and by extension Jerry DiPoto -- believe it's more about Player Development than it is about selecting the right players.  Among other things, they believe in promoting later rather than sooner.

4a.  Jack Zduriencik would seem to be a case in point here.  As to the scout's eye vs. the coach's box.

5a.  Learning to take the ball out of your glove the right way can lead to a much more broadly confident state-of-mind.  Ask Ichiro.  And his foot-poking sticks, ballglove oil, bat humidors, etc.

5b.  SSI's coefficient of confidence that DiPoto / Servais can take *US* from #28 to #1?  Oh, maybe 40%.  But it is the hire I would make, and the approach I would take.  Right away, I can ROOT FOR these guys.  Fandom does not begin at the trophy parade.  Buy-in does not occur at the stock split.

6.  Nobody on earth believes in positive imagery more than me, so "I'm In" as they would say at USC.

Drop off your note by Jerry's desk when you feel ready,

Well, Servais may SAY he believes in promoting later rather than sooner....but it is hard to find much proof of that in his Rangers or Angels.

'06 Texas:  Ian Kinsler gets the starting 2nd base job as a 24 year old rookie, without a slowed down MiLB progress.  He had 1/2 a season at AA and 1 full season at AAA.

The Rangers did slow go with our own Nelson Cruz (who gave Servais a big heaping of credit), as he was up and down from '05-'08, but didn't get a regular gig until 28 years old in '09.  Fair enough.

In '12, with Servais now with the Angels, a 20 year old named Mike Trout got the CF job.  A young Shuck got a regular gig, after being acquired from Houston.

Calhoun was up in '13, after ripping in AAA for a season + (not really a delayed promotion).

I'll look some more...but (minus Cruz) I'm not seeing any real evidence of Servais slow-playing any of his young talent.  He gets them to the bigs when they are ready, and often in a hurry.  Which, BTW,  is exactly what you are supposed to do.

And of course the single M's homegrown star was oddly rushed to the bigs.  Could be that Servais is speaking "from the stage," with big Operatic hand gestures, when he tells the minor league crowd "You'll have to be patient."  While reserving his right to make exceptions.

Such is the correct philosophy.  I like the sweeping gesture thing.  ::daps:: right back.

And learning to take the ball out of your glove the right way is the correct philosophy, as well (in an sweeping gesture type of way).

John Wooden used to start every season's first practice with a lesson on how to put socks on in the correct way, so to prevent blisters.

Let's rezz-er-rect the Wizard of Westwood and make him a roving Player Development Guru! He was way better than even the Cardinals!

Time for new eyes and tactics

As the previous post highlighted, Jack was very good at gathering collanders of spaghetti pitchers... and several stuck - like Carson (draft), Tommy (out of retirement), Furbush (trade with Detroit), and Zych (purchased from Cubs). Moreover, as we all saw, Jack used his surplus of relief pitching to acquire other pieces from Putz for Guti / Vargas+ to Maurer for Seth to multiple relievers and prospects for Trumbo. Yes, Jack probably should have kept or signing a couple relievers last off season, but Jack has definitely stocked the cupboards full of interesting arms... HOWEVER how the new eyes choose the next bullpen spaghetti versus trade away pieces for other needed players.

It will be fun to watch how new eyes and different training tactics will help the Gohara's, Pike's, Ramirez's, Pagan's, Wells's, and so many others... not to mention all the position players that fell so flat this last year.