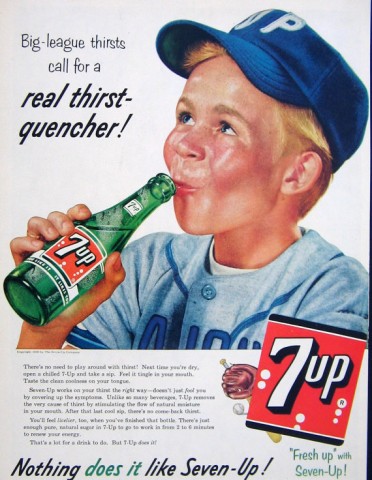 We sure are getting a lot more cuban players now. How good is the CUBAN baseball league? Is it as good as AA, AAA, AAAA?
Asked by: shthar
Answered: 1/22/2016
It is more like Negro League baseball, with superior talents but nothing like the depth of the American rosters. There are 16 year old kids who play in the Cuban majors, sometimes 15 year old kids, I guess. That's why you have highly superior 21-, 22-year old players. In the same way that Willie Mays, Roy Campanella and others became highly superior players because they were playing against high level competition at a very young age, guys like Iglesias, Puig and Chapman are playing against high-level competition at a very young age, which tends to develop refined skills at a young age.

Which is the whole thing that DiPoto & Co. are talking about - getting ahold of kids very early, and starting some momentum so that the entire iceberg can drift towards warmer waters.

There's a lot of inertia against "rushing" minor leaguers, and no doubt you get some off results too.  Maybe if you took 10 high school outfielders who were drafted in the first round, and put them all in AAA,* you'd hurt 8 of them but also get one Willie Mays and one Frank Robinson.

Also, you can't change an institution with vague beliefs or suppositions.  You need diamond-hard data ... and THEN it takes thirty years.  :- )  But you would think that OCCASIONALLY an org would super-rush a prospect to give him the "high-level zone control" via the fire of competition, rather than via talking and gabbing and yakking.

Mariner hitters young for their levels:  Ketel Marte MLB 21, Alex Jackson 19 full A, Luis Liberato 19 AA, Rayder Ascanio 19 High A, Erick Mejia 20 AAA, Rafael Fernandez 21 AAA, Tyler O'Neill pretty much.  Others (post below).  But that's part of the thing on Marte.  If a guy were taking on AA with conviction at age 21, he'd be on your radar.  Few M's prospects are doing so.

Baseball Prospectus has its 2016 Seattle Prospects up for the public.  Here's their take on Liberato:

Like with Gohara, the Mariners have been patient with Liberato since signing him three winters ago. It looks like the slow 'n’ low approach is beginning to pay off. He possesses above-average bat speed, shows a willingness to go the other way, and isn’t allergic to walks. He can get tied up with high, inside heat, and secondary offerings give him trouble, but he’s a hard worker who has put in the effort to correct these deficiencies. There’s also sneaky pop in his bat, and while he’s not going to be a big power threat, 10-15-homer seasons at his peak aren’t out of the question.

Liberato has enough speed to play center, but defensively he profiles best in a corner, and his strong throwing arm fits well in right field. Ideally this is a Stan Javier type who plays all three outfield positions as a fourth outfielder. But if there’s a regular in this system who doesn’t play on the infield dirt, it’s Liberato.

Bret Sayre's Fantasy Take: With some speed, a little pop and the potential to hit for a decent average, Liberato could be a reasonable OF4 if everything clicks at the plate. Shallow mixed leaguers can move on, but if Ender Inciarte with less speed sounds appealing to you, invest away.

Two good thoughts on this subject

From the article comments thread:

MattGoodrich
I made a similar argument with my softball team: Imagine there are a couple guys who want to play but they can't stand each other and won't play together, so we have to choose only one. One player (McGwire) bats .500 but every hit is a home run. The other player (Gwynn) bats .750 but every hit is a single. Which player would you choose?

By most metrics (OPS, RC, fantasy baseball points, totals bases, etc) McGwire rates as a much better player. Intuitively, wouldn't you rather have 2 HR than 3 singles?

The point I was making was the value of On Base percentage. If you are adding one player, add a McGwire. If you are building a team, get 9 Gwynns.

stevebogus
Not exactly on topic-

There has to be a tradeoff between bat speed and bat control. The ultimate contact play is the bunt, when the bat has essentially zero speed. Not only does it give the batter maximum control over placement of the bat in the zone but it also lingers there for as long as the batter chooses. As bat speed increases more energy goes into accelerating the bat and less is available to control the placement. And the as the bat sweeps through at faster speeds it is in the hitting zone for shorter periods of time, so the timing of the swing becomes more critical too.

Ideally a quicker bat (as Bill points out not the same as higher bat speed) gives the batter more time to observe the pitch and decrease his margin of error in the swing. But a slower bat speed just might allow for some in-swing corrections that are impossible with an all-out swing.

And, if I recall correctly, several years back MLB actually reduced the maximum diameter of the bat barrel. It was just a fraction of an inch, and it drew no criticism in part because batters were no longer using the largest allowable size. Hitters wanted lighter bat weights which could not be attained with the old maximum barrel size.

[Dr. D] Ichiro did seem to "veer" the barrel of the bat as the pitch came in.  Much tougher to do when you're launching the bat from your wallet and spinning out into the on-deck circle :- )

Dipoto seems to agree with Goodrich

What will be interesting is the upcoming draft, and this season's in season trades that Dipoto makes... to see if he really sticks to this philosophy. I expect him too.

Also, did anyone happen to see the Stat show on MLB network over the weekend?

One interesting stat to me was how many OF's had throws OVER 100 MPH to get guys out. If I recall, there were roughly 15 guys who had done that... and THREE were Astro's... and Springer had a few in the high 90's. I wonder if Liberato's arm is in that caliber?