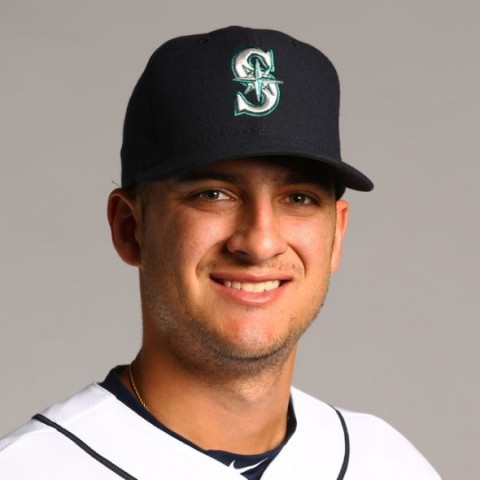 The M's winter league stats are right here.  There are no batters who are batting anything of note, not if you've given them more than 30 chances.  ... we're leaving ourselves vulnerable here; Moe could notice that Tyler O'Neill can afford 30 dummy strikeouts into a batting line of note.

There are three pitchers with interesting statlines; James Paxton you might have expected.  Vidal Nuno has been brought up before; he's up to his old 5 BB in 41 IP tricks.  He figures Babe Ruth is dead, so he can throw strikes.  The trouble is, Babe isn't all that dead in Texas and Boston.

Then the third pitcher who is dominating in winter ball right now, Stephen Landazuri.  He's got 40 strikeouts in 39 IP as against a mere 7 BB's and 1 HR.  That's quite a leap up from when we last saw him in Tacoma, running 26 walks against 23 strikeouts.

Landazuri's rep is that of an Ian Kennedy type:  smallish right hand pitcher with 92 MPH fastball, cuts it, sinks it, mixes four pitches ... :: taps chin :: why did we slough off Erasmo Ramirez again?  Other than the horse-hockey pitches, we did get Mike Montgomery back.  Have totally forgotten to check HQ's opinion on him.  (On Erasmo it's moderately up.)

With a Landazuri type it really is about his graduation from "finishing school," learning to go 100 straight pitches without ever getting his fingers into the doggy's mouth.  That's why it's kinda nice to see his control results this winter.

In March 2014, Spectator wrote us a kewl piece on Landazuri.  EXEC SUM:  Scouts didn't like Landazuri; Spectator did, based on solid-to-good performances all the way up the ladder (through 2013).  His scouting report was that Landazuri does everything fairly well, though had nothing to brand the saddle with ... well, HRs per nine innings.  He's doing the same in winter ball.

Here's a video on Landazuri showing a neat, quiet bit of lock-and-load but an oddly low arm slot and a bit of Zych-ish jerk into the acceleration.  He winds up crossfiring some balls, "yanking" them into a LH hitter's foot, or sailing them into the RH batter's hip.  Ah, well.  David Cone's arm slot wasn't so different.

Even on the grainy video, you can see the giddyap on Landazuri's fastball and the Nintendo two-plane action on the curve.

is it me, or does Landazuri have some considerable armside run on of his fastballs, the one he was throwing just off the plate to lefties?

There's some decent veer happening there.  I like that.

Tough to tell from that angle, but maybe he's got a swerveball.  We could recruit Wakamatsu to analyze his movement and angles ... seriously, he could be a high-spin guy.

He seems to have both Moe

From the videos here and that I have seen, it appears one fastball runs 9+ inches towards lefties and another that is relatively straight but sinks.