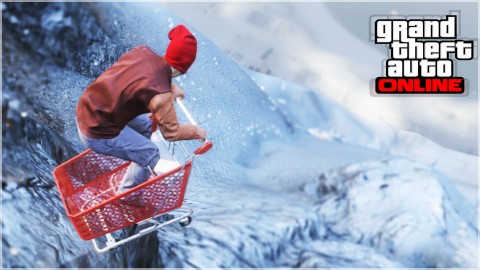 Baseball Prospectus' top 10 Mariners prospect list is out, and I'll give it to you straight.  There's no point in beating around the bush.  Tyler O'Neill and Kyle Lewis are #1 and #1a.  So sorry you had to get that from SSI.

A consensus has also jelled, on seven continents, that Luis "CC Sabathia" Gohara is #3.  But as to who is #4 ... at SSI we'd have had Mitch Haniger there, or a few amigos would have Dan Vogelbach, and one guy has Ben Gamel, and who knows what G-Moneyball would put #4.  Our supplemental pick next year, probably.

The most concise, to-the-point EXEC SUM was also Baseball Prospectus', back on Dec. 2 when the M's grabbed Povse.  They said:

Povse would be a top-10 prospect in a lot of systems. In the Braves' system he might not even be in the top 10 pitching prospects. The 6-foot-8 right-hander has the usual timing issues you’d expect from a pitcher that would tower over most NBA small forwards. His skinny build and long levers mean the command can waver—although he has no issues throwing strikes—but he gets added deception and plane on his low-90s fastball from the length in his mechanics.

He offers a curve and a change as well, both of which have a chance to be average, but neither of which looks like it will be a bat-misser. He’s your standard OFP 50 fourth starter/late-inning reliever type, with maybe a bit of projection past that still left even at age 23. In the Braves organization, that is expendable, but he immediately becomes the Mariners' second- or third-best pitching prospect.

I guess they weren't kidding about Povse being "org top 10" in "a lot of systems."  He just became #4 in baseball's most winning system.

SSI was all over Doogie back in the day ... if we've had half-a-dozen Best Bets the last ten years, then the next half-dozen woulda had Doogie in there.  Granted, both Fister and Povse get tremendous downhill angles.  They do.  They both release the ball from halfway up the Space Needle.  And they have the HR records to prove it.

But the sim-yoo-larities stop there.  Doogie had super quiet mechanics, ballet-like CG control for a basketball center, "three different fastballs" type command in the zone, and he came up with a hellacious parachute change.  Fister, from day one, had "gimme the ball, let's get rolling" body language and he commanded the mound like a boss.

Povse, from what I've seen, has absolutely zero of these.  Well, there is one more similarity, the 1+ walk rates, but Povse's is deceptive.  Doogie's was not.

CHECKING THIS EARLY VIDEO, Povse does have strengths of his own.  The arm action on the curve ball was not good, but the RPM's on it most certainly were.  Povse can hit mid-90's, they say, and Fister made his shtick work at only 87-88 MPH.  So, Max Povse has a quite different skill set, and NOT one to make you push my chips into the pot so hard.

But!  A guy with a SUPER DEE DOOPER DOWNHILL plus fastball, thrown from 7' in the sky, and a big yakker?  He does remind you of Jon Rauch, and Rauch had his own bread-and-butter game that was quite predictably useful against ML hitting.  Rauch was also more predictably useful to an AM/PM cashier than Povse is, no doubt.

I think it's this, probably, that has Rauch er Povse rated as such a good percentage bet.  His fastball is no doubt tougher to barrel up than most guys', and you can work with that.

...his heater probably looks faster than it is, as well.  To me he just looks like a guy who has an arm angle that creates a bunch of natural sink on his FB.  If he's at 93 and continues with this control, he's decent already, with any secondary pitch.

Fangraphs has his #1 Mahalanobis Comp (whatever that is) as some guy named John Lackey.  Now, #'s 2-10 are guys you would  never mistake for John Lackey.... but he does have the Lackey thing gong for him.  They give him a 10% chance of being a 20+ WAR guy.

I am high on Povse.

Kind of an explanation:

To put some faces to Brinson’s statistical profile, let’s generate some statistical comps for the Brewers’ new outfield prospect. I calculated a weighted Mahalanobis distance between Brinson’s Double-A performance this year and every season at those levels since 1991 in which a hitter recorded at least 400 batters faced. In the table below, you’ll find the 10 most similar seasons, ranked from most to least similar. The WAR totals refer to each player’s first six seasons in the major leagues. A lower “Mah Dist” reading indicates a closer comp.

Please note that the Mahalanobis analysis is separate from KATOH. KATOH relies on macro-level trends, rather than comps. The fates of a few statistically similar players shouldn’t be used to draw sweeping conclusions about a prospect’s future. For this reason, I recommend using a player’s KATOH forecast to assess his future potential. The comps give us some interesting names that sometimes feel spot-on, but they’re mostly just there for fun.

fangraphs has Povse 98 on the same KATOH list that has O'Meill at 22 or 23: http://www.fangraphs.com/blogs/an-improved-katoh-top-100-list/

Looks like he has the same extension.  FWIW, and at a glance, he also seems to mirror Young in terms of body language, demeanor, etc.  Sounds funny but scouts comp player personality types based on that kinda stuff.

I'd put Andrew Moore on the list, probably ahead of Neidert, and maybe as high as #6. Neidert and Christopher Torres would be #11 and #12, I guess, for me; perhaps higher ceiling, but further away.

My thumb goes more heavily on the scale for bankability.

Vieira is about to be our next Diaz, Niedert is closer to being a finished product we can use, etc. So my list is biased against high ceiling lower probability types.

Neidert hasn't pitched above A ball. Is he really that much closer to being a finished product compared to Moore who excelled in AA? I respect your analysis, but question this one.

I think Moore is nearly a lock to be a BOR starter for somebody in the bigs, for some peoriod of time.  The question is can he go up from there?

Odorizzi had thrown 400 MiLB iunnings before he hit AA and he was no better in AA (at 21) than Moore was last year (at 22).  He doesn't walk people and he doesn't give up homers...so far.

Worth 2 cents, of course.

Not only a different caliber player, but ... there is something about the players that is less "spaghetti against the wall" and more "identifiable special skill that can be coached up."  Or maybe that's just me.

I really like that trifecta as well, and the one following of Gohara/Neidert/Miller, and the two relief trifectas of Altavilla/Pazos/Fry and Vieira/Burrows/Gillies. But any further trades will probably cost one of each trifecta. I'm hoping only one, and that Whalen is the one from his group if it's necessary. Yarbrough, Unsworth, Warren, Herb, Misiewicz, and Schiraldi probably all have value, too. Odds are that a few of them pan out, but I'd put money on Altavilla and Moore. Moreover, contrary to the "The Ms Farm is Barren" crowd, there was some good pitching involved in the affiliate wins, even before Povse, Whalen, and Pazos came over.

The thing in the article I linked about Moore is how serious and focused he is - he knows he has to trump native ability with smarts - and he's being successful doing it. His ceiling of a #4 may be a bit pessimistic if he continues what he's been able to do so far in just 2 years. He's on the Seager path to the bigs. Shannon Drayer is saying the Ms *expect* him to pitch for them in 2017.

Didn't know much about Moore's makeup...that makes a difference

It speaks volumes that the mariners think he'll pitch in 2017.  When I talk about development in Niedert's case, I mean hiya mechanics...which I really like,  from the video I've seen...but this does help clarify

to put up conversation stubs on Moore, and possibly on the LL articles you pointed out Bat.

not yet real, but I'm hoping -

"The Mariners have signed Franklin Gutierrez to a minor league contract with an invitation to Spring Training. Terms were not announced, but it is understood the Mariners envision Gutierrez's role as a player-coach at Tacoma, while also providing depth for injuries at the Major League level."

Some have suggested exactly that role for Guti and it actually happens?  I am happy to see it.

NOT YET REAL! Just me hoping. Sorry for any confusion.