Skip to main content
Mariners Prospect Talk
"Market Inefficiencies" on Neidert and Moore
You, me, and Bill makes three 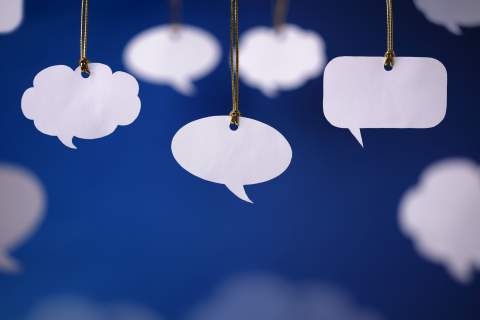 What I meant to ask was whether there are MORE tall pitchers than there used to be. Maybe as we learn more about the game, baseball management has realized tall pitchers have an advantage over normal sized pitchers?Asked by: manhattanhiAnswered: 6/9/2015 ... ​I know that in the 1970s, when I first started working with player agents, I became aware (for the first time) that there was a strong prejudice against short right-handed pitchers. WEll. . .I guess I'll tell the story. I was sitting around with Alan and Randy Hendricks, agents, and Joe Sambito, one of their clients, and they were discussing good young pitchers that it might be a good idea to see if there was any way to represent them.Some pitcher was discussed, and somebody said "He's a short right-hander," and that dismissed him and we moved on. Somebody else came up, 5-11 and right-handed; same thing, and then a third. Finally I said, "OK, what's the problem with a short right-hander?" Alan and Randy both looked a Sambito, and Sambito kind of shrugged his arms and said, "You know. . .there are bigger people who can do the same things." I think it was pointed out to me at that time that the only 20th century pitcher under six foot in the Hall of Fame was Whitey Ford, a lefty. . .no idea whether that was true or not. I think a key reason that Lasorda wouldn't give Pedro a shot in the rotation was that Pedro was a short right-hander; he turned out to be above average anyway. So. . .I think this prejudice against shorter pitchers has always been there, and I doubt that it is a new phenomenon.

Interestingly, it came as a shock to Bill (as it did to me) that short righties are innocent until proven guilty.  Why, exactly, would a 6' 0' righty be presumed a worse pitcher than one 6' 2" ?   Hmm.   He continues,

Any thoughts concerning Mike Bolsinger, the Dodger starter who is 4-1 with a 2.08 ERA after 7 starts? Not "is he going to make the Hall of Fame" type thoughts, as he has 5 carrer wins and is 27. But are soft throwing pitchers a resource undervalued by the market ? Is this fluke, or is there a place for a soft thrower (Fred Norman and Jamie Moyer are very interested in your response...Larry Gura might be too, but I don't remember how hard he threw)Asked by: patchguy32Answered: 6/9/2015 .... Gura didn't throw hard. Gura had a shot with teams managed by Durocher and Billy Martin, but both of them didn't like him in part because he didn't throw that hard. I think it is LIKELY that that class of pitchers is undervalued. I had a conversation about this with a very, very good scout a couple of years ago; he suggested that that type of pitcher is at a disadvantage because he doesn't get as long a look to prove himself in the minors. I said that I agreed with that, and suggested that, as well, they take longer to get established in the major leagues. The scout agreed with that, so the two of us agreed that that type of pitcher is at a very practical disadvantage in trying to get established in the majors. It is likely that there is an advantage to be had if a team was patient enough to battle through that. x x x x The Royals of the 1980s absolutely lived on that kind of pitcher; Gura, Buddy Black, Charlie Leibrandt. Leibrandt struggled with the Reds because Johnny Bench didn't believe in his fastball, and tried to make him throw off-speed stuff all the time. When Leibrandt got to the Royals Gary Blaylock told him that his fastball would work as long as he located it well, and that worked for him.

There is going to be no issue with "a long look" for the M's first pick in the year 2015 and no issue with Moore's velocity; the M's have already bought in.  Wayyyy in.  Dustin Ackley, Justin Smoak in.

Leaving, we hope, the "market inequity" of skills that have to push through biases in order to gain their platforms.

Also, check out this Sept. 2014 Dodgers' "Think Tank" as to the problems they were having hitting with RISP.  Good for a smile.

The mariners have been exploring this for a while (take 2)

We've been working this angle for a few years now, in trades and through the draft.  We do it mostly with relievers but we're not afraid of short starters either. Recent Mariners players around 6 feet tall off the top of my head:

- Ruffin (one of the key pieces in the Fister trade, bless his heart)

- Erasmo (not well liked by The Pencil, so we swapped him for somebody taller who could get a rotation look)

Zokan and Horstman are about that size too, IIRC, and then there's this year's crop of arms in the 6 foot range (Jio Orozco's that size as well, as are some more relievers).  The Ms obviously believe this is a market inefficiency given the fascination with "Downward plane" and the effect it has on hitters (see: Fister, Doug and the way his fastball appears when he's throwing it down at them from atop a 2 story building).

Does 96 from a guy who's 6 feet tall look as impressive as one from a dude standing 6'7? Probably not.  But Colon and Pedro got by all right early in their careers anyway.  Pedro's pitch movement was insane, of course - but Neidert can get a mid-90s FB to swerve up to the plate still, and his breaking ball breaks too much right now to control. He has great movement and velo already and if he's not done growing, I'm sticking with my mold-of-Chris-Archer schtick.

Moore doesn't throw that hard, but that doesn't make him a #6 starter.  The smack talk about how "4-pitch pitcher is code for no-plus attributes" is just weird to me.  I really can't wait to see Moore in the minors - "plus pitchability" is still a plus attribute, and his stuff isn't exactly pathetic.

We'll see if the Ms can exploit this one.  So far, we've had a few short relievers make good but nobody else has really broken through.  If this draft is gonna really pay off, a couple of the short guys are gonna have to come through for us.  We obviously believe they can, and that's not a new thing for our org.