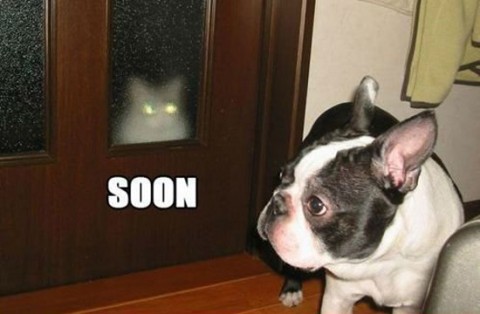 Jason Churchill has a very fine monthly report up.

Prospect Insider was always a good read, but used to be it would assert 10 things and I'd be inclined to take the other side of 5 of them.  That doesn't happen any more.  With JFromSeattle and Spectator and G-Moneyball not writing much any more, P-I is becoming required reading on the "Who's Next?" front.

Particularly, they sign off on Edwin Diaz as a Safeco reliever THIS season.  This shouldn't be stunning; there is nothing prohibitive about a pitcher jumping from AA to the majors.  Here is another link you will thoroughly enjoy, Hardball Times giving the basic differences between minor league levels.  Diaz has about 150 innings in the upper minors already, and there's nothing complicated about the job of a 1-inning flamethrower.

We remember when Mark Lowe was in A+ ball ... not AA, but A+ ball ... and the scouts reported "This guy is throwing the stuffing out of the ball."  The M's promoted him to AA for a short time and then bang, he was in Safeco as our best reliever.  A baseball scout can watch a Cali League reliever paint the black at 97 MPH and can tell that he's the best reliever in the organization including majors.  Something similar is going on with Diaz.

P-I allows that in relief, Diaz may "sit 94 or better, perhaps touching 97" which is exactly what we heard about Mark Lowe before he came up and threw 97 every single pitch.  :- )  We also like the simplification of Diaz' game to two pitches; perhaps we've explained why a time or ten.

SSI denizens used to worry that such a move condemned a pitcher to eternal relief.  True, these DiPoto quotes make it sound like Diaz better change his mentality.  But Jason himself brings up the case of Chris Sale; he was in the White Sox' system and it was obvious to everbody that Sale was the best pitcher in their org.  Who was their manager at the time?  Ozzie wasn't it?  He was quoted publicly, "If he's THAT good, why isn't he up here helping US?"

Sale did come up and pitch half a year in the pen.  Then the next year he pitched two halfs a year in the pen.  Then the year after that, year 3, the Sox simply prepped him for the rotation going into April.  Having been Earl'ed properly, Sale has cruised effortlessly through 5 pain-free seasons in the rotation.  This year, he's 7-0, 1.79 but word is he's gaining steam.

A lot can change between now and the 2018 season.  At the moment, the M's need starters like the X-Men need more "tolerance" plotlines.  But throwing a baseball has been known to result in injuries.

On May 11, the M's let him go through his pregame routine.  They let him toss three blonked groundouts in the first inning, sit down and cool off.  They sent him out for the 2nd, warmed him up, and let him throw another groundout.  Then they pulled him out of the game.  Paxton had racked up a "starter's rhythm" false start before giving him the day off.

DiPoto explained that this was to manage his innings, obviously so that he can pitch five games in the playoffs.  I'd like to think they're giving him the Golden Boy treatment, telling him "James, you're one of our aces.  We don't need you right this second, but you're a Mariner TOR.  Just stay loose and then we'll unleash you.  When they least expect it, they can expect it."

When Dempsey was in the Premier League, he didn't really have a position.  Striker?  Well, not really; he wasn't a magician, exactly, in the box.  Winger?  He was kind of physical for that.  Number 10, the playmaker?  Okay, but there are a few guys better for that.  He was very, very good at everything, but a bit of a problem when it came exactly where to put him.

Whereupon the problem was solved with the motto, "Where do you put Clint Dempsey?  You put him on the pitch."  Crickets ensued.

It might seem as though there is no room at the inn, for Diaz and Paxton.  But wherever you put them, put them on the 25-man.

Just give Pax the ball in a MLB park.