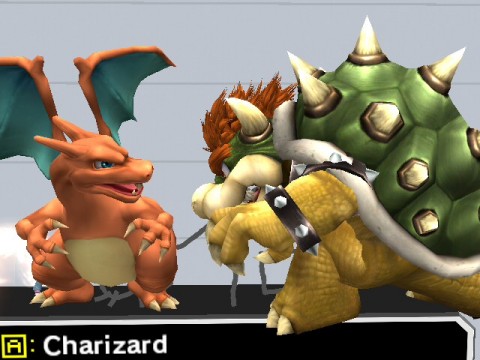 We've been talking about restoring the "persistent" Shout Box, and adding a forum, and the admins are talking to the programmers about it.  As we've said several times, Klat's first priority has to be their tech innovations, but a very close second is their desire to maintain happy customers ... even at $0.00 per month subscription rate ;- )

Will keep you posted.  The Shout Box hasn't been my *personal* favorite, but it is for most Denizens, so we'll see what the Shot-Callers go with.  From my point of view the quality of the conversation has been more substantive in the spacious Comments Threads.  But the Shout Box seems to have a Twitter-type of appeal, and Twitter is probably going to catch on some day too.  Or let me know if the Comments/Facebook vs Shout Box/Twitter comp misses the point.

It's true that a Grand Unifying Conversation now gets scattered around various comments thread and it's hard to replicate the Shout Box in comments.  Which is one reason the Shout Box Prime was so popular in the first place.

Dedicated threads forthcoming, forthwith.  As with you amigos, my first reaction is to scratch my head, "all this for Alex Jackson?"

The answer seems to be, GM's like Alex Jackson more than G-Money does.  (I'll go with Gordon!)  Here is John Sickels' site, with Mr. Sickels' resident Braves fan gushing about Alex Jackson's potential.

Don't remember the last time that G-Money misfired very much on a very young player.  So, consider yourself one lucky Denizen that you are hip to Dipoto's exploits...

With these two SP's the real question is whether they legitimately fall into that category, "10-11 pitchers we feel comfortable with in Safeco."  Dipoto has signalled that he thinks he can pick off better value after the holidays and hunting season begins then.  Personally, I'm so high on Paxton and Karns that I'd be fine with late deals to bolster the 4-5 slots.  Provided, of course, that Andrew McCutchen will be in the #8 slot for us.

QUOTE OF THE DAY

"I didn't bring artillery.  I come in peace.  But I'm begging you with tears in my eyes:  if you fool with me, I'll kill you all." - U.S. Secretary of Defense, nominated

C'mon, sometimes you have to laugh.  HEH!  You couldn't see that line in a Harrison Ford movie?

My preference would be to NOT fool with that particular individual.  But that's just me.  Any George Patton fans resident?  If not, maybe fans of George C. Scott ... have to confess, last night I watched the 1961 movie The Hustler for the first time ever.  You believe that?

Mattis is a GREAT choice...with a caveat

One issue with Mattis...he's not technically eligible for the job.  The rules state that you have to be retired for seven years before you can be SecDef...and that is to prevent the defense department from being run by the military for the military, as opposed to keeping the military on a civilian leash to keep them in check.

I think granting a waiver is warranted given the dearth of quality we've seen in the DoD lately.  But...it is something to consider.

Mattis, a fellow Stoic, is the best choice and there is no way the Republican congress doesn't give him the waiver. He's a Marine's Marine and arguably the finest combat leader of our age, although McChrystal might have something to say about that. He's so popular with the rank and file military that they can't really oppose him.

That said, I predict that this appointment will not end well for Trump. Trump values personal loyalty above all but Mattis is loyal to a higher ideal. If he wants someone that will look him in the eye and dress him down when he says or does something stupid, that's Mattis. I don't think Trump will like that any better than Obama did.

Jeff, loved George C. Scott as Patton. Need a Sec of Something that can do so well as the toast with the Soviets! Our oldest son Cody is a Marine just back in USA from Okinawa. He said Mattis is a legend.

Thanks Matt. I had wondered about that one. I am prejudice concerning the USMC but they do know how to do more with less.

Anyone else remember how the eventually vilified Rumsfeld went before Congress before 9/11 and called for big cuts in the military?

Hopefully Mattis will do the same.

But how does that square with the Emperor's declaration that our military is a 'total disaster'?

We might find that Donald Trump surprises us with his consensus building.  He's a negotiator through and through.  That involves adapting his position to what's do-able in the eyes of others.

The 2-D caricature was that he doesn't listen, isn't curious, but this Cabinet process we've seen, may suggest a re-think.  I personally am learning a lot about Trump as we go here.

He has not been what I, at least, predicted.  The Romney, Haley, Ryan situations, the fact that Conway is empowered to speak her own (strong) mind, the CEO connecting with blue-collar workers, some of it does not fit CNN's script.  Mattis may be another example.  He too was fairly harsh on Trump a year ago.

Wouldn't be shocked to see Romney the diplomat paired with Mad Dog the SECDEF, as Trump split the WH Chief of Staff duties between an attack dog and a RNC diplomat.  And I must say, I find the concept fascinating:  good cop bad cop to the Nth degree.

The Fortune 500 genius of which is --- > both must perpetually compete with each other to gain the inside track with the CEO, and therefore both must stay on their toes and both must keep delivering results.

Trump likes to win.  IMHO it is already quite clear that Trump is results-oriented, and that he is mobilizing in an attempt to get results.   Whether Hampshire College is going to like the results is another question, but we all had better adapt to the idea that his promises weren't empty rhetoric.

As to the emperor worries :- )

As to the Emperor worries:  Paul Ryan (of all people) states that he has talked with Trump extensively over this very issue, and sees Trump as enthusiastically supporting the division of power in the Constitution.  If Paul Ryan (the never-Trumper* House majority speaker) says that he is comfortable with the way Trump sees the U.S. House of Representatives, that is good enough for me.

Trump didn't build skyscrapers in liberal New York City by issuing Castro-style demands.  Remember that a year ago, he had to explain away a lifetime of contributions to Democrats, including Hillary.  An F-500 company is the farthest thing from an empire controlled by one despot.

But I have mixed feelings.  One of my brightest, most flexible friends laughed with me about Ross Perot's candidacy.  "All my life I wanted to see a Fortune 500 CEO run the country, and now that he's here, I don't think I like the idea."

I've long thought that our government/parties bickering is largely a result of the huge influx of lawyers that have swarmed into the political arena and overwhelmed it. Combine lawyers and those who chose "politician" as a career, and you have the vast majority of congressional members. What do lawyers do? Argue? What to politicans largley do? Pander and argue.

Are we so shocked with how our government is full of arguing, bickering, and pandering? You get out what you put in.

High time for some businessmen (would love some engineers) to stroll into town. What do businessmen do? Build stuff, negotiate deals, make stuff happen. Personally not a Trump fan, but currently enjoying watching the show unfold and would like to see some stuff actually happen - sure beats bickering and arguing.

Some people are never happy! And some people think more money must mean better. I think it might be more if it had some smarter allocation!!! But that is like every part of govt sadly!

I look at pictures of patton and still have to remind myself that it is indeed the real Patton....and that George C. Scott wasn't.

Ladilas Farago's biography of patton, Patton: Ordeal and Triumph is still the classic.  It was the basis for the film Patton.

The soundtrack from Patton, especailly the haunting main title theme, is one of the greats.  https://www.youtube.com/watch?v=mu11QRO9BrQ

Love that Patton soundtrack...but since the actor and the general were George....they weren't really the same? Funny, I liked the Streets of San Francisco but didn't like Karl Malden for putting handcuffs on the General everytime he wanted to win the War!!!

I might try to drive my Mom from Seattle to San Diego to see our Marine son and then over to Spring Training in Surprise. That means I will be passing by southbound on 5. I will let you know if I can get away to actually do it.

Which is the definition of an iconic movie performance :- )

Patton is one of my all-time favorite historical characters, and not the only colorful member of his family. In Rick Atkinson’s great book The Guns at Last Light, he has this: “To his wife, Bea, who was not only his confidant but a kindred spirit – she once bribed an Egyptian boatman to smuggle her into a tattoo parlor in a failed effort to have a full-rigged clipper ship needled across her chest – Patton had written in early July, ‘Can’t stand the times between wars.’ “

‘Can’t stand the times between wars.’

That's exactly why Patton would have been a horrible SecDef and the one note of caution with Mattis.

I don't actually think that a Patton/Mattis comparison hold up at all - the only commanality seems to be excellent combat leadership. But if it is a true comparison, then Mattis is the WRONG choice for SecDef. Patton was one of those "break glass in case of war" guys. Gotta have them to win battles and wars but winning battles and wars is not the job of the Secretary of Defense.

Hope DiPoto is all over this one. Even if you have to start him slow (4-5 IP, 70-80 pitch limit), is that all that much different than Karns was? But if he regains form, that a solid #2 behind either Felix or Paxton.

This article by Scott Adams is totally consistent with my own experience.

The arguments will morph and change over the next three months, and next year.  Things will shake out.  People yell at each other on TV in order to try to impose a script on what is going to happen, not even realizing that their scripts have zero effect on what IS going to happen next (for better or for worse).

The pre-written scripts, and the current scripts will fade away.  But IMHO, Adams' take on it is very important as it pertains to predicting how the next year will go.  The stock market wizards are indicating one thing, and the media is indicating the other.  The stock market is, generally, better at predictions than is an op-ed columnist.

The fascinating politics these days have me back on Twitter.  About 50% of the tweets have baseball shtick, some not posted here; the other 90% is half conservative links to my #1 op-ed of every 100 read.  (Yogi)

Starting to get the hang of Twitter a little bit.  If you want to swap 140-character shouts, lay 'em on me :- )