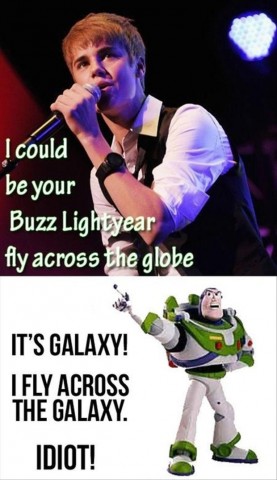 Q.  Deal Trumbo AND Morrison BEFORE you inload your next 1B off the dock?  meaning what?

A.  The depth chart off the M's own website is bemusing:

Jesus Montero is currently both the 1B and the DH.  Which would be okay with Dr. D.  But it shows you what kind of confidence we are dealing with here.  BAM there goes Logan Morrison BOOM there goes Mark Trumbo  :: rubs hands together so fast they burst into flame :: OK, guys, where's the checkmate?  I know it's here somewhere ...

Dr. D is excited about DiPoto's arrogance.  Either LAA marginalized this guy for a blinkin' good reason, or else he is Billy Beane NW.  And SSI is all in for the latter.

Q.  Does SSI /cosign on the idea of shedding Mark Trumbo for a reliever prospect?

A.  Mark Trumbo has, in fact, averaged 31 homers and 96 RBI per season over the course of his career.  Logan Morrison has, um, not done so.  Also, Trumbo slugged .495 from point A to point B:

SSI completely understands that Trumbo is the anti-DiPoto.  But 30 homers and 100 RBI on average:  there are a few guys who don't.  We can't get so Fangraphed that thirty homers now means zero.

All that said:  a Trumbo powerflush is right IFF DIPOTO IS RIGHT.  In his "Safeco Run Prevention Model" biases.  I'm getting a little queasy about how many of these moves depend on DiPoto being a genius.  is it just me, or do we say this every time?

Q.  Sardinas is ahead of Taylor on the depth chart.

A.  These Mariners.org depth charts aren't always celery-crisp.  Sardinas is a tiny little 70-OPS+ guy who is a stoploss.

A.  He's a little bearish.  We notice he hits .185 against Seattle, hits like Seth Smith on the road, makes a few bucks here and there.  Refer to Gordon who watches CarGo daily, but ... in rotisserie baseball there are players who are just titanic rolls of the dice.  CarGo is a big, big risk who could slug .500 in Safeco and smiles all around, or he could crater and leave you with the biggest two-year albatross in M's history.

In roto and in life, there's a time for huge risks.  That time being, "when every single one of your alternatives blows chunks."

A.  The LF platoon is set.  Aoki as a type of RF platoon with Cruz, sure ya you betcha.  You'll have to talk to Commander Bat about who spells Leonydas King of Spalding.  Aoki's last games in CF were in 2012, and they weren't good ones.

A.  Haven't shown any signals yet, have they?

Lessee, the Royals have figured out baseball; that's why we're into Aoki, Marte, and the bullpen.  Think anybody might like to remind DiPoto of that Wil Myers / James Shields fuse the Royals lit the powderkeg with?

There was something "off" about Russell Branyan

The recent mention of Mike Hessman brings to mind a similar player, active at the same time, with less defense but more offense: Russell Branyan. Should someone have just stuck him in the lineup every day, at least against right-handed pitching, and lived with the strikeouts? He hit 31 home runs in 431 at-bats for the Mariners at age 33, but never had another season with 400 at-bats.
Asked by: WarrenJohnson
Answered: 12/1/2015
Not sure how to explain this, but Branyan had some off-field issues that he could not get past. Athletes are a certain way; they take pride in their appearance, they tend to spend money on clothes, they have certain values. Branyan didn't fit in, and this was used against him throughout his career. You are correct that, in a logical universe, he might have had a better career, but his career average was just .232, although it was a very productive .232, but still. . .232. If you're going to swim upstream you have to swim faster than that.
....
During Branyan's time here, I personally could never divine a THING from the TV announcers to this effect.  It was obvious something was driving executive bias against him, but what it was, had no clue.  So, credit to them.
Bill seems to be saying, very nicely, that Branyan was too much of a slob to be welcome in an MLB clubhouse.  That he had no friends because he wouldn't take a shower and brush his teeth.  If so, that's a new one on me.
Great last line Bill had there.  I think sometimes SSI needs to swim real fast, too ...

Odd that you mention Branyan

Odd that you mention Branyan's off field issues, because I just saw this article about him last week: http://sports.yahoo.com/blogs/mlb-big-league-stew/russell-branyan-arrest...

Which is about measuring the strength of a franchise, apart from its W/L record that year.

++ The Mariners, created in 1977, were a weak organization for 17 years before breaking through—the same as the Astros.    The Mariners in 1989 had the greatest rookie class of all time, any organization—Randy Johnson, Ken Griffey Jr., Omar Vizquel and Edgar Martinez, a couple of other decent pieces.   Building on that, they were able to move into competition in the mid-1990s.  ++

I'll just parachute in to toss this into the hopper here, though it is off-topic.

1. My math-major son comes home for break and declares "dogs can do calculus."

2. Well, not really, but apparently the dog brain can instinctively solve time-speed-distance problems that humans can only solve using calculus.  All of the details are set forth in this handy illustrated guide here.

3. To this, I add my observation that even a six-week-old puppy could "play the carom" when a ball is bounced off a hard surface.  That is, he would know to go to the spot where the ball will be after it bounced, instinctively calculating the angle.

4. I have also noticed that both the adult dog and the puppy are completely befuddled by backspin.  Both act as if I am Yoda applying The Force to the ball when it is tossed with backspin and bounces back toward me rather than where they think it is going to go.

5.  I am guessing that the math prof's dog also would have been similarly thrown off course by some wrinkle like swirling currents or the like.

All of which relates, sort of, to the sports-value importance of:

-- pattern recognition, and how the freakishly talented can "just know" what to do while others stop and think; and

-- the equal value of "good deception" in neutralizing the above.

If Trumbo is going for an out-of-options Backup C

.... we learned something significant about the plummeting value of this skillset.

And MLB Rumors says Orioles want another player on top of that! Stay tuned...

As with every off-season and every Mariner GM, my assumption is that DiPoto is dealing with a pretty hard payroll cap. So, if he's been told "your payroll will not exceed $130 million and don't expect much of a bump next year", one can readily understand what he's going through. In that scenario, it's pretty tough to see spending $9mil on Trumbo. I mean, that's the price of the two good relievers that they still need. Seager's contract escalates next year, so he's got that to consider and it's tough to see him landing any of the "big name" free agents that will inflate next year's payroll. Managing a tight budget over time is unpleasant but it is what it is.

I'm with Matt (and Servais) - spend the bulk of what you have remaining on pitching.

How would you feel about investing big in RF/SP and going with Montero/Andy Wilkins platoon at first? Dude was claimed and sent directly to the 40 man.