Skip to main content
Mariners Prospect Talk
5 More Transactions
if dumpster diving isn't a smartphone game, it should be 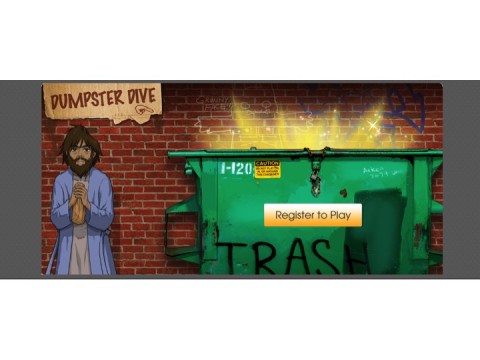 Are these guys (1) "stoplosses," or (2) players whose value is at org level (making sure the AAA team doesn't embarrass itself), or (3) fringe MLB'ers who could be one of the 23 position players / 28 pitchers who see time in Safeco next year, or (4) something else?

Glancing at the 2015 position players, it hits you that none of the 23 were really Ed Lucas or Mike Baxter types.  All 23 last year were established MLB talents brought into a Jesus Montero-type competition scenario, such as Rickie Weeks or Justin Ruggiano.  Or else they were org catchers like Hicks and Sucre.  Or else they were Tacoma Rainiers who surprised nobody, like Stefen Romero or Ketel Marte.  Before checking, I'd have thought that some fringe guys of the Lucas/Baxter type had been in the carousel.  Not so.

Still, the Quick Take on Ed Lucas ... he's a 33-year-old third baseman (behind Kyle Seager, for you English Premier League fans) with a 77 OPS+ in the majors, so let's take ten seconds to file him as org filler/stoploss.

Quick 10-second Take on Mike Baxter:  he's a thirty-ish "tweener" outfielder with 500 plate appearances in the majors slash line of .228/.333/.331.  Wow, lots of OBP for the hitter type.  Stoploss who is solidly behind O'Malley, Boog Powell, and a bunch of other outfielders, but here's a Jerry DiPoto signature outfielder.

What are people looking for when they dumpster dive?  Well, there is a sub-strata of "pro" Divers who are looking for furniture to stain and re-sell, flooring, stuff like that.  I guess it's an eBay kind of thing.  Now that I think about it, my father-in-law drove sanitation for the city of Seattle and he occasionally came home with really valuable stuff.  Somebody just decided to chuck it in the garbage because that was easiest.

What is a "homeless person," one who "curb shops" for need rather than profit ... looking for?  Mostly food, clothes, recyclable metal, books! (good for you), and occasionally irregular items or electronics that could bring a coupla bucks.

Of course any PITCHER might turn up on the 2016 Safeco innings log, up to and including Logan Kensing and Lucas Leutge.

Casey Coleman's page.  Righty with exactly! as many MLB innings (177.2) as Logan Kensing (177.0.  I kid you not, these last two lines were utter coincidence following our random selections of the breakaway prop chairs of Kensing and Leutge.  Serendipity, baby.  Coleman throws a whole bunch of 93-96 fastballs mixed with an occasional righty slider, so he's a guy you'd have expected Jack Zduriencik to take.

Interesting that teams like to stuff their cupboards with this recycled paper, as opposed to giving their kids a chance.  Other than Tyler Olsen who was aMAYSing in March, I don't notice any humdrum Mariner prospect who broke in at Safeco last year, even in deep relief.

True, Zduriencik grabbed a couple guys from OTHER orgs and let them debut - Edgar Olmos from the Marlins, J.C. Ramirez from Arizona - but why weren't Forrest Snow or Jordan Pries given look-see's amidst all the dumpster diving?  The M's musta hated everything they saw at Tacoma.  Better the devil you don't know, eh?

Blake Parker's page.   Righty from the Cubs with a mediocre fastball, verrrry slow curve (think Evan Scribner) and ... an occasional FORK ball?!   He's used this weird arsenal to strike out 85 major league hitters in 73.1 innings, so .... if you want to investigate it out for the benefit of the Think Tank, here's the 1 of the 5 who merits a little blogging.

Baxter:  Pure stop-loss.  You got that right.

The bench will be interesting. With Guti as 4th OF, they could use someone else that can cover the OF. Lucas could be more valuable because of his versatility. Montero less so because of his lack of versatility. I wonder if they would go with a short pen in order to get another bench bat. They've got a number of multi-inning relievers in contention that could enable that. Bass, Montgomery, Nuno...

Ah - Ed Lucas as #5 OF hitting lefties off the bench

Good catch amigo.  In that role he would definitely be in the mix.

'course all the GM's would be well aware of what you pointed out to me, but there's always a roster crunch and a number of role players vieing for them.  Good to know about Lucas though.

All the GM's knew it, of course.  I wonder if he picked and chose among MiLB offers.  Montero, if he's our platoon 1B coming out of ST (and that isn't a bad bet) is going to be on a pretty short leash, I think.  Not neceseraly because of Lucas but because Dipoto doesn't seem to be a guy who will let him flounder in the bigs very long.