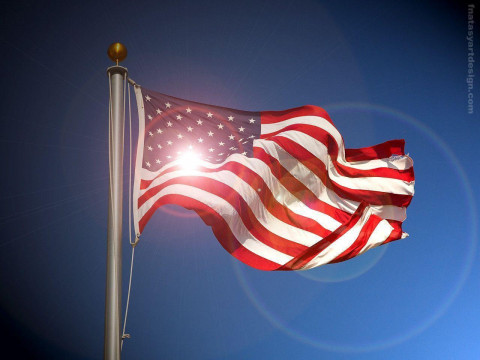 Felix was sworn in as a U.S. Citizen this week:

"This country gave me everything," Hernandez said. "Just to be loyal to the United States and the Mariners, it's a dream come true."

If we could all be emotionally dispassionate for a moment?  I think we could clarify something that seems to be a point of great confusion.  Every third Tweet I read (any thread, LOL) is some variation on, "How could you Christians support Donald Trump?  He's an adulterer, a liar, and [fill in next several items].

You too Gentle Denizen may be confused about this question.  Let's answer it in one concise idea.  We Christians don't expect Donald Trump to be a Christian.  We are well aware that he is not.  Rather, we are grateful that he is vigorously supportive of Judeo-Christian philosophy, as well as of competing paradigms.

We don't say it to start a flame war, or any kind of back-and-forth even.  Christians feel like they're under siege.  This may be paranoia.  We're simply explaining why he gets our vote.  We we were starting to feel unwelcome, what with the "Deplorables" shtick and so forth -- and now we don't.  Neither do we want non-Christians to feel unwelcome.  We think that genuine tolerance and coexistence is possible.

Some leftists believe that Christians "damned well know" that Donald Trump is a racist and sexist, and support him anyway.  No, no, NO.  If we believed he were, then we wouldn't support him, end of story.  Neither would Nikki Haley or KellyAnne Conway or Ben Carson.  They (and we) see things differently.  For a fascinating piece on this cognitive dissonance, see Scott Adam's piece at his blog.

More controversially, I guess America flies planes into buildings and forces women to jump out of them to the street below.  But we hold ourselves to ideals:  Americans convicted of war crimes are punished.  Sometimes we don't do a great job of living up to these ideals; has any society ever lived up to its ideals?  But in America, we (hopefully) are agreed on Truth, Justice and .... all that stuff.  (Notice how "the American way" itself is too hot a phrase to put in the movie any more..."

Here's a link to Dinesh D'Souza's 10 Great Things About America.  To those who see such lists as jingoistic, it's a great link to skip.  For those who are glad they beat 25:1 odds to be born here, it's a great opportunity to meditate on gratitude.  Heavily edited for skimmability; the link offers about 75% more support argumentation.  Peace, bro'.

1. AMERICA PROVIDES AN AMAZINGLY GOOD LIFE FOR THE ORDINARY GUY

Rich people live well everywhere. But what distinguishes America is that it provides an impressively high standard of living for the “common man.” We now live in a country where construction workers regularly pay $4 for a nonfat latte, where maids drive nice cars and where plumbers take their families on vacation to Europe.

Indeed, newcomers to the United States are struck by the amenities enjoyed by “poor” people. This fact was dramatized in the 1980s when CBS television broadcast a documentary, People Like Us, intended to show the miseries of the poor during an ongoing recession. The Soviet Union also broadcast the documentary, with a view to embarrassing the Reagan administration. But by the testimony of former Soviet leaders, it had the opposite effect. Ordinary people across the Soviet Union saw that the poorest Americans have TV sets, microwave ovens and cars. They arrived at the same perception that I witnessed in an acquaintance of mine from Bombay who has been unsuccessfully trying to move to the United States. I asked him, “Why are you so eager to come to America?” He replied, “I really want to live in a country where the poor people are fat.”

2. AMERICA OFFERS MORE OPPORTUNITY AND SOCIAL MOBILITY THAN ANY OTHER COUNTRY, INCLUDING THE COUNTRIES OF EUROPE

Only in America could Pierre Omidyar, whose parents are Iranian and who grew up in Paris, have started a company like eBay.

3. WORK AND TRADE ARE RESPECTABLE IN AMERICA

Historically most cultures have despised the merchant and the laborer, regarding the former as vile and corrupt and the latter as degraded and vulgar. Some cultures, such as that of ancient Greece and medieval Islam, even held that it is better to acquire things through plunder than through trade or contract labor.

The ordinary life of production and supporting a family is more highly valued in the United States than in any other country. America is the only country in the world where we call the waiter “sir,” as if he were a knight.

4. AMERICA HAS ACHIEVED GREATER SOCIAL EQUALITY THAN ANY OTHER SOCIETY

True, there are large inequalities of income and wealth in America. In purely economic terms, Europe is more egalitarian. But Americans are socially more equal than any other people, and this is unaffected by economic disparities. Alexis de Tocqueville noticed this egalitarianism a century and a half ago and it is, if anything, more prevalent today. For all his riches, Bill Gates could not approach the typical American and say, “Here’s a $100 bill. I’ll give it to you if you kiss my feet.”Most likely, the person would tell Gates to go to hell! The American view is that the rich guy may have more money, but he isn’t in any fundamental sense better than anyone else.

In America the old are incredibly vigorous, and people in their seventies pursue the pleasures of life, including remarriage and sexual gratification, with a zeal that I find unnerving.

6. IN AMERICA THE DESTINY OF THE YOUNG IS NOT GIVEN TO THEM, BUT CREATED BY THEM

Not long ago, I asked myself, “What would my life have been like if I had never come to the United States?” If I had remained in India, I would probably have lived my whole life within a five-mile radius of where I was born.I would undoubtedly have married a woman of my identical religious and socioeconomic background. I would almost certainly have become a medical doctor, or an engineer, or a computer programmer. I would have socialized entirely within my ethic community. I would have a whole set of opinions that could be predicted in advance;indeed, they would not be very different from what my father believed, or his father before him. In sum, my destiny would to a large degree have been given to me.

In America, I have seen my life take a radically different course. In college I became interested in literature and politics, and I resolved to make a career as a writer. I married a woman whose ancestry is English, French, Scotch-Irish, German and American Indian. In my twenties I found myself working as a policy analyst in the White House, even though I was not an American citizen. No other country, I am sure, would have permitted a foreigner to work in its inner citadel of government.

In most countries in the world, your fate and your identity are handed to you;in America, you determine them for yourself.

7. AMERICA HAS GONE FURTHER THAN ANY OTHER SOCIETY IN ESTABLISHING EQUALITY OF RIGHTS

There is nothing distinctively American about slavery or bigotry.Slavery has existed in virtually every culture, and xenophobia, prejudice and discrimination are worldwide phenomena. Western civilization is the only civilization to mount a principled campaignagainst slavery; no country expended more treasure and blood to get rid of slavery than the United States.

8. AMERICA HAS FOUND A SOLUTION TO THE PROBLEM OF RELIGIOUS AND ETHNIC CONFLICT THAT CONTINUES TO DIVIDE AND TERRORIZE MUCH OF THE WORLD

But in general, America is the only country in the world that extends full membership to outsiders. The typical American could come to India, live for 40 years, and take Indian citizenship. But he could not “become Indian.”

9. AMERICA HAS THE KINDEST, GENTLEST FOREIGN POLICY OF ANY GREAT POWER IN WORLD HISTORY

Let us concede to the critics the point that America is not always in the right.

What the critics leave out is the other side of the ledger. Twice in the 20th century, the United States saved the world — first from the Nazi threat, then from Soviet totalitarianism. What would have been the world’s fate if America had not existed?

Consider the woman who is required to wear a veil. There is no modesty in this, because she is being compelled. Compulsion cannot produce virtue, it can only produce the outward semblance of virtue.

“To make us love our country,” Edmund Burke once said, “our country ought to be lovely.” Burke’s point is that we should love our country not just because it is ours, but also because it is good. America is far from perfect, and there is lots of room for improvement. In spite of its flaws, however, American life as it is lived today is the best life that our world has to offer.

< Previous post
M's Miscellany
Next Post >
Vogelbach getting some love, just when he needs it
Blog:
KK
Tags:
Felix Hernandez