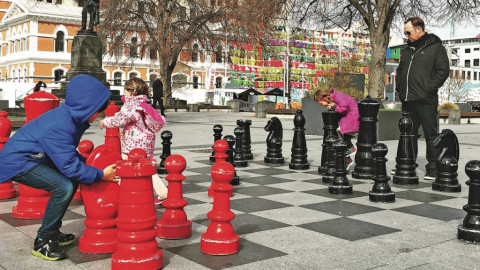 At BJOL there was an answer recently that got me to thinking, and to smiling:

Realizing that a definitive answer is likely impossible, any guess why there were so many all-time great pitchers active in the 1970s, and so few in the 1980s, beyond "just something that happened"?  I dimly recall you writing something about not many kids being born in America in 1944, so the ones that were - like Tom Seaver - grew up feeling dominant.

Well, I think there is something there, that so many of these pitchers--Fergie Jenkins, Seaver, Carlton, McLain, Don Sutton and others--were born during World War II, just before the Baby Boom.  Sports weren't as organized then.  If you had asked to see some kid's birth certificate to let him pitch in a league, somebody would have cold-cocked you.   That's my experience, anyway.

In a more loosely competitive environment, being a year or two older was probably a big head start.   I'm sure you know this theory, or I guess it is a fact pattern, that hockey players born at a certain point in the year are like 10 times as likely to make the NHL as those born one month earlier.   There is a cutoff birth date in youth hockey.  A player born just AFTER that date is competing with kids who are 11 months younger, and 11 months is a HUGE advantage when you're talking about 7-year-olds and 8-year-olds.   The kids who are "age-advantaged" get ahead of the group, they're recognized as the coming stars, and it just feeds on itself; they make the all-star teams, make the travelling teams, get the starting spots on the high school teams, get the college scholarships.   The kids who are "age disadvantaged" never catch up.   I think the same syndrome has been recognized in baseball players, particularly pitchers.  (?! - Dr. D)

We all know that a lot of the stuff that I wrote in the 1980s was nonsense, but you have to remember that I proposed this "age advantage" theory for Sutton, Seaver, Carlton, etc. BEFORE any parallel advantage was established to exist in hockey.   I was just spitballing an idea, but later research showed that a similar idea was probably true.   So. . . I still believe that the "big kid" advantage probably explains this concentration of great pitchers born in that era.

Now if we can just explain why there were like 7 outstanding catchers born in 1947. . .

Personally I was born about 18 months before the rest of the 1st-graders; don't ask.  So I can relate sharply to what he's talking about here.  In 5th grade, stepping back one year to compete with 4th-graders seemed like stepping down a century's worth.  So these athletes who were "Big Kids" at age 12 ... it's food for thought.

In America there are a lot of youngsters chasing a rainbow, one in which they eliminate every disadvantage in life that they face.  Particularly there have been how-many-billions spent on trying to convince the world that it's not better for a girl to be pretty, than not?  Remember when the UW cheerleading team put out a poster lately pointing out how applicants should look, pin their hair, wear their socks, etc, and the feminists threatened to sue?  The only reason we like slim-curvy-and-blonde is because we're told to, don'cha know ;- )

When it comes to looks, Dr. D is definitely one of the have-nots.  :- )  But he's not jealous of the pretty people that 9-month old babies react well to.  It's up to him to smile his way into the baby's good graces, no?  And he's always liked his compensations, being linebacker-sized and having a bunch of friends like exist on SSI.  Heh!

There are 1000's of advantages and disadvantages in life.  Many of which work for you, the individual, and many of which work against you.  Your IQ is 135? What are we going to do to level that?  Your hair is blond and your eyes are blue?

You're a natural in charming and persuading other people?  Your mom and dad had more money than average?  You're very tall?

You can compare everyone's DNA to a poker hand they've been dealt -- lots of face cards, lots of blanks (2's and 4's).  The wise man or woman doesn't live life fretting about the 2's and 4's; he/she sets about using the face cards, and trying to improve the blanks.

But then, that's baseball, isn't it?  Isn't that what Marco Gonzales is reminding us of, every single start?  I think that's part of why we watch sports, because it shows us the heroism of men and women* tackling their life situations and perservering with the dogged focus we all wish we had.

Again smiling about the way ballplayers perservere ... Daniel Vogelbach spent how many years in the minors?  He's 26 now and was signed at 18, so he rode busses for 8 years before he paid off Mike Montgomery in spades.  In 2016 he mauled AAA for a .923 OPS and then spent 3 long years bumping against the glass ceiling, being frozen out and getting very little in return.  An overnight success.

If you came all this way hoping for a snip of baseball:  'Bach is #4 in the majors in BB%, him and Trout and Gallo and one other guy.  He's on pace for 100-ish walks.

Determination.  Another reason to be thankful for the Mariners and Seahawks.