Skip to main content
It must be the Kimchi
POTD: Eric Thames 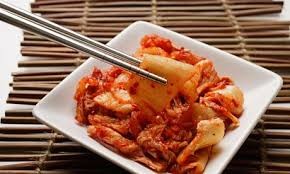 One of the things I like about him is that he learned to take a BB..  He walked only 46 pts in the MLB but has done so at a 101 pt clip in Korea.  Not all of those can be intentionally walks, can they?

at  놀라운 things.  (Surely you recognized the Korean word for wonderful, didn't you?)

He's on the radar screen of a bunch of GM's, I imagine.  MLB-TR even considered if he would be one of the top 50 FA's in the off-season.  He probably will.  The going rate for the Korean sluggers mentioned above is about $3M per.  Well, Lee was older and cheaper.  But there you have the baseline for a Thames contract:  2-4 years.  $2M-$5M, front to back of the contract.  Something like that.  I'll bet it's a 2-3 year deal with an option.

Thames OPS'ed .754 vR in two big league years.  Before he found his Kimchi-fueled inner-Popeye, mind you.  Seth Smith just OPS'ed .791 vR in two seasons for us.  Thames wasn't much behind that when he was here., pre-Korean explosion.  Is he ahead of him now?

Back when he was an M, I thought he had a whippet-quick bat.  It looks like he has an eye to go with it now.

Here he is hitting a homer off of Ervin Santana back in his Blue Jay days: https://www.youtube.com/watch?v=n1ZQqauRNQk

And here he is taking a tough pitch off of Rodney (nice to see it from this end) and dinking it into RF for a GW single while he was Mariner:  https://www.youtube.com/watch?v=jePopetdi1A

He'll be in the bigs next year.  Not sure he fits with us, unless we let both of Aoki and Smith go and sign a guy with a COF flashy glove and a good bat to man the other corner.  But I wouldn't mind see him as a Mariner again.  The guy can hit some.

There's something to be said for cutting costs from Smith.

I like Smith but he is extremely streaky...we paid for that in the September this year when Smith very poorly down the stretch (after a hot early start to the month).

Alas...Thames is also a guy who will probably be streaky.  But if you can get Seth Smith's rough equivalent (with a better glove than Smith), re-sign Franklin Gutierrez to platoon with Thames for one OF corner, and sign Dexter Fowler for the other corner to strengthen the defense overall...then keep Gamel as the fifth outfielder (he is capable of subbing in for Martin in CF without embarrasing himself)...that would be a solid possible option.  And you wouldn't be adding all that much payroll when you consider that Lind and Smith go away.  The rest of the money you save on guys like Miley, Aoki, Iannetta...that can all go to a superstar closer or an innings-eating starter to sure-up the rotation.

Except I'd rather have Heredia over Guti.  The defense of the Guti/Smith platoon was part of the problem with the team this year.   Why not improve defense in both those spots with Heredia/Thames.  I understand you'll likely lose some offense with that switch but I think that can be afforded more than the defense being as bad again.  My thought is aside from the occasional Cruz I'd prefer the outfield only have 1 player in the rotation with less than average defense.

Why is everyone mentioning Gamel and not Heredia?  It seemed to me that Heredia was the better player in most aspects and the stats support it.   Thinking more development time for Heredia?

Gamel has a better resume.

He played poorly in September but Dipoto believes that was because he was tired...unaccustomed to a long season.  Heredia was always considered HIGHLY suspect with the bat.  Frankly, I think we would be lucky to get a .550 OPS from Heredia...Gamel offers much more upside.

For Gamel is mostly SSS too?  The only other thing is Heredia is the RH we'd need to platoon with Thames, Gamel is LH.  O'Malley looked good in the corners too though.

...showed even more power than MLE's suggested.  BA/xBA gap also suggests some BA upside.  Overall, this is definitely a skill set with promise and a ceiling that could be a few years away.

Power potential remains, but poor contact and impatience aren't helping.  Good speed shows no signs of turning into a running game.  Still young enough to have productive years, but only if he replicates that 2011 contact %.

Suggests he was playing on tilt

Rather than him not having the ability to hit for average, it sounds like the game was just moving too fast for him...he was grinding the handle of the bat...greedy for success, etc.

I did a uber-quick study of K and BB rates for the guys I mentioned above..  I wanted to see how Korean ball translated in those areas to MLB ball AND see if there was indication of Thames' improvement.

Park was a big-time whiffer across the Pacific and is even more so here.  Maybe that's why he's the one crash/burn in MLB so far.

I would expect Thames to return with a K rate in the low 20%'s.  Not much improvement should be expected here.

So let's expect a 3% delta between the US and Asia.

Going with that, I would expect Thames to walk considerably more in the bigs, in any new tour, than he did in his first go-around.  Figure on a jump from 6% to 11%.  Give him that and his OBP jumps to the .335+ range.  He becomes a much more valueable player overnight.

KBO must have improved considerably.

Back in the mid-2000s there was a lot of jibber-jabber about Hee-Seop Choi coming over...he flopped hardcore.  But back then, Korean organized baseball was relatively new and didn't pay much.  The pay has gone up some now...and it seems the quality of play has as well.

Seems at one time U.S. teams discounted Cuban players because they couldn't often see them play.

Now maybe the pendulum has swong the other way?  Cubans have too much wow factor?

In any case, do you feel like, overall, U.S. scouts are starting to increase the assumed talents of Koreans?

Was there an injury there I don't remember?  LA waived him in March of '06 and Boston grabbed him then stuck him down on the farm.  Had to go back and check, but LA signed Nomar in December of '05 to be their 1B, which meant that Choi had no position.  Garciaparra OPS'ed 120 in '06 then 80 in '07.  He wasn't an improvement over Choi.

Choi's different than the other guys mentioned above in that he came to the states to play professionally first, starting as a 20 year old.  B-R shows no professional #'s for him in Korea before thatn.  '99-'01 were spent completely in the minors, before he got his first cup of coffee in '02 with Chicago.  He was terrible in 27 games that year, but hit .771 in 80 games in '03.

i was a dodger fan back then, though much less sophisticated than i am now in so many ways of course. was in the stands for choi's three-homer game, which was probably his career pinnacle. always felt like he got a raw deal, never really got turned loose to show what he could do. dunno if there were less-visible or behind-the-scenes reasons for it; certainly there are plenty of burly american 1B/DH sluggers who never quite seem to get a fair shake either. it's a tough life. but given the skeptical attitude towards some other trans-pacific experiments, you wonder

How many DH's does one team need?

I recall that Thames was a butcher in the OF, and that we like Cruz at DH.  With Lee and Vogelbach at 1B and part-time DH, why would we want Thames on the roster?  Do you suppose he found a glove in Korea as well as a bat?  I don't think so.  If Thames is an off-season consideration for the M's, we should have just kept Trumbo.  Pass.

Thanks for keepin' the stove warm Moe.  While I was away for a couple of days.

For me, there are four things compelling here:

1)  Your Kang and Dae-Ho comparisons

2)  Your point about the quick bat launch and, now, the ability to discern a strike from a ball

3)  The fact that Jose Bautista wants 5/$150M or something for his age 36-40 years ... and every other American free agent is going to cost billions (we wouldn't give Joey Bats even 50% of his demand, we say, but then do we turn up our noses at Asian talent that is pennies on the dollar too?)

4)  If Thames really does check his swing on pitchers' pitches on 2-1 counts, Jerry DiPoto is going to know that

Keep it comin' on Thames you guys.  Diderot's question (implied suggestion) seems spot on, and Watcher's Q about his glove could use more discussion.

Watcher's point about the glove is a fair one.  Thames was not Paul Blair when in the bigs.  He was closer to Marvelous Marv Throneberry, AKA "Dr. Strangeglove."

So you would need to evaluate his Korean fielding chops.  He learned to walk, did he learn to pick it, too?  B-R's fielding statistics for the KBO are less than complete, to say the least.  But from '14-'16 Thames does not show up on the Fielding chart for the Dino's as having actually played a game with a glove on, whereas the two American picthers for the Dinos do show up as having fieded a position.  So it appears Thames may have just DH'ed.    You would have to evaluate what he can bring in the OF.

But I think I said that he would be a decent fit if he had a VG glove partner in the opposite corner.  It wasn't necessarily Smith or Aoki that smeared us in the field this season but the combination of the two of them.  He'll hit for someone but his glove will remain a question mark.

Thames wouldn't be at the top of my Santi Claus OF'er list, but depending on how much cash we spend elsewhere he wouldn't hurt my feelings. I would love Cespedes, but I think he will be too dear for us.  Dexter Fowler, if he opts out of the Cubs, would be my dream date were we signing a glovey OF (and I think we should).  I'm high on Gamel (as you know) and Martin, Fowler, Gamel + a shaky gloved Thames would be just fine.  Fowler is kind of a minor masher of LHP (.302-.392-.442).  It was worth wondering if Fowler would hit outside of Coors Filed until he's hit really well in Wrigley and Houston's  Minute Maid Park.  Neither is a great hitter's park.

Fowler woud look sooooo good in the #2 spot for us and would be GG-quality in one of the corners.  And we haven't said this before, but Gamel has actually hit LHP slightly better than RHP over the last two seasons.  He doesn't seem to be a guy requiring a platoon. At worse, he's Aoki with a really good glove.

Surrounded by guys like that, Thames would be tolerable in the corners, because his bat will play and he will be decently cheap.  Fowler's getting $40M+ for 3 years, maybe north of $50M for 4.  Get a guy like that and a cheap Thames has some luster to him.

Some GM will see it that way.